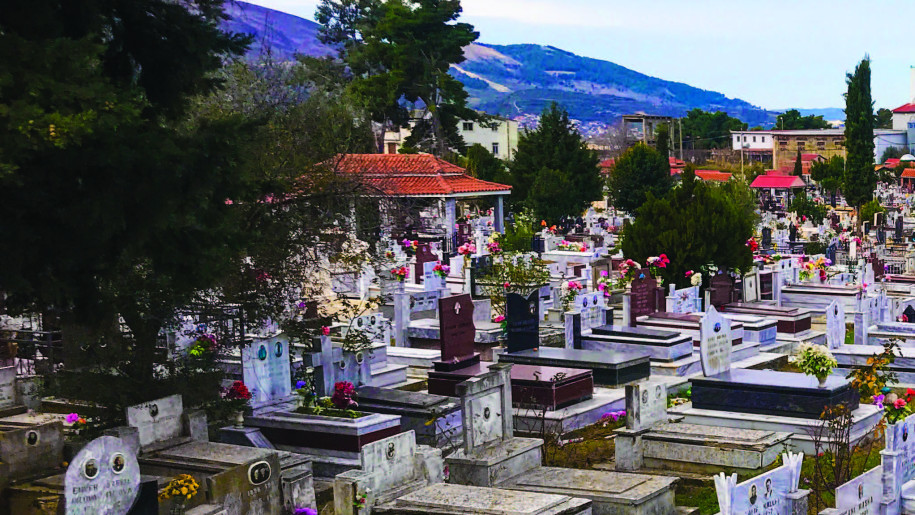 We are grieving the loss of a dear friend. Gjergji was a physician and an endlessly kind man who was well loved in his community. He will be deeply missed. Even more than most Albanian men, Gjergji was a hospitable extrovert. Like most Albanians of his generation, he had been indoctrinated into unbelief in God by the former government’s propaganda. The dictator had made Albania the first nation with atheism as it’s official religion. This was brutally enforced by horrific persecution. Many Muslim, Orthodox, and Catholic clerics were tortured and killed in those days. Any type of religious observance was strictly forbidden. Anyone caught with a Bible or Qur’an would be thrown into a prison or an asylum from which they would not likely return.

I met Gjergi’s daughter Drita through a mutual friend, and we hit it off. Soon, her family invited us to eat a meal with them, and our friendship grew and blossomed. Drita was curious about religion and asked me about Protestantism. Her family heritage was Eastern Orthodox Christianity, but because of the environment in which she was raised, she was agnostic. Albanian history books hardly mentioned the Protestant Reformation, and she wanted my take on it. Soon we were discussing the Bible with Drita and her parents whenever we got together. Gjergji debated with us in a friendly way, but we could tell he was becoming more curious. We had moved to another part of the city and saw Gjergji less often, but Sean sometimes met with him at a café, as Albanians like to do.

One day, Gjergji invited us to his home for a holiday celebration. As guests, we brought a gift. It was a Bible. He seemed genuinely moved by the gesture. He said he would like to read some of it on his own and then discuss it with us sometime. After asking some questions, he decided to read the Gospels first along with the book of Proverbs.

The next time we saw Gjergji, he was excited to share with us that he recognized some of the stories Jesus told. He told us that his father had been a Christian before the dictatorship. When religious practice was outlawed, Gjergji’s father knew it would be dangerous to teach his son about the Bible. Instead, he apparently removed references to Jesus or the Bible, but taught some of the biblical principles and stories as though they were ancient folktales to encourage good character. Until Gjergji read these stories in the Bible, he had no idea that his father had been teaching him lessons based on Bible stories. In place of Jesus, his father had referred to “The healer.” I wondered if that had influenced Gjergji to choose his career in medicine.

Once Gjergji and his wife Luljeta returned from a vacation and told us about a young girl at their hotel who had been choking on something in the area near the pool.

Her parents were frantic. Gjergji heard the commotion and rushed over and was able to save the girl’s life. He wept as he shared with us how he will never forget the parents’ gratitude and how privileged he was to have lifesaving skills. He kept commenting how incredible it was that he had been in just the right place at just the right time.

Luljeta had also heard stories from her father-in-law before he died and had even made some artwork to represent the principles of the stories, along with ancient Albanian folktales. She showed me her clay sculpture of three sisters, Faith, Hope and Love. She told me the “old Albanian tale” about these sisters who would visit people who invited them as guests and would bless them with their qualities if the hosts were genuinely hospitable. The oldest sister and the noblest guest was Love. It reminded me of 1 Corinthians 13:13. When I pointed it out to her in the Bible, Luljeta was amazed. She called her husband over and read verses 11 through 13 aloud: “When I was a child, I spoke as a child, I understood as a child, I thought as a child; but when I became a man, I put away childish things. For now we see in a mirror, dimly, but then face to face. Now I know in part, but then I shall know just as I also am known. And now abide faith, hope, love, these three; but the greatest of these is love.”

The family was uncharacteristically quiet for a moment while they thought about this passage and the remarkable “coincidence.” They wanted to read more. Gjergji said that maybe it was time for him to seriously consider the teachings of Jesus. He even accepted an invitation for prayer that he had always politely declined before.

Gjergji became fascinated with learning more about his father and his faith. Although Gjergji didn’t become an Adventist, he did eventually come to trust in God, and he accepted Jesus. His family is more open to exploring beyond that particular faith tradition, especially Drita and her husband.

We didn’t get a chance to say goodbye to Gjergji in person. He was hospitalized with COVID-19, and 10 days later, on his wife’s birthday, he was gone. Luljeta and another family member were ill with the virus when they attended his funeral, but they have since recovered.

We invite you to join us in prayer for our friends, Gjergji’s family, and their journey of healing and faith. 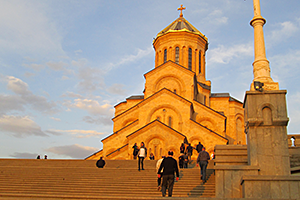