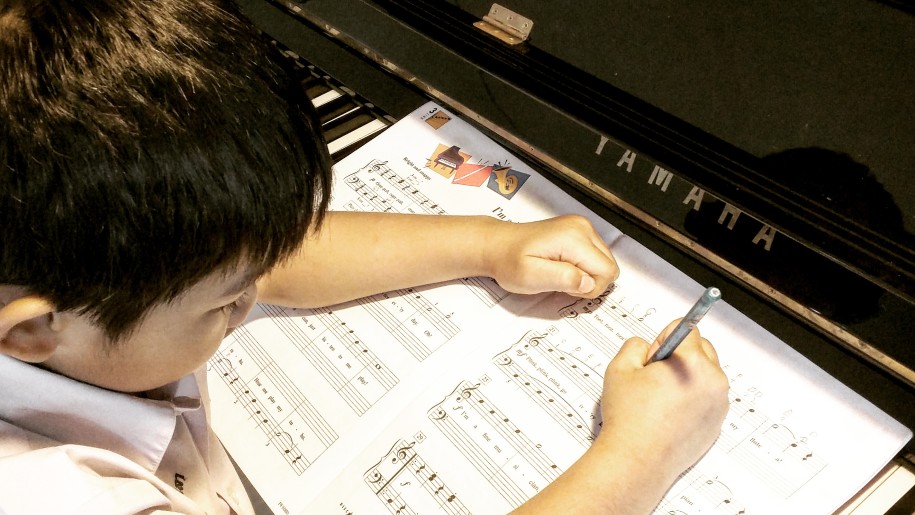 When I was just as young as my piano students my parents used to reward me with toys for being a good boy. I loved those toys, but not forever, and as I grew older the reward system kind of wore off. Rewarding is definitely effective on encouraging children to do certain things and I have recently learned of it as an semi experienced teacher.

It is apparent to me that children would aim for the reward rather than the result of their performance because they simply don’t understand what they are expected to accomplish and why. For that reason, I have believed that reward system is simply for training purposes, like training dogs and other animals to do tricks by constantly having treats in front of them.

“God made us human so much better than that, we don’t need to have the carrot hanging in front of our heads all the time in order to do something good.” With that reasoning the only rewards I have being giving my students were verbal recognition, and I thought I can have my students motivated without stickers, which is some other teachers are doing. However, I was wrong.

A particular student of mine is a rather tough one to manage, nothing bad about the kid, just because he would rather play than having his lesson. Who doesn’t really. One class period I think I pushed a little too hard on getting some details correct, and the overwhelming of my reminding got him to tears. I felt sorry for him because he was actually trying but something just takes time to learn.

To lighten up his mood I asked him if he likes stickers, he nodded. I made a promise if he would practice pay more attention next lesson then I can reward him a sticker. Lo and behold, he came to next lesson and played very note and rhythm correctly. I didn’t ask him but he even counted the beats out loud like how I usually did during his lessons.

Sticker rewarded obviously, I had no idea how much of a difference this promise made.

After that incident I came to the realization that maybe the need for reward in our hearts are not bad, and better yet, our God is an rewarding God after all. Consider all the promises in the Bible, our way of living is far more than just living right and away from sin, God promised us that we will spend eternity with Him. That means forever and no dying.

Stickers may be necessary for my students who have absolutely no desire to be in a piano lesson, but stickers can also be a great motivation for some students who want to do better, partly because it is visible and pleasant to the eyes.

For Christians, our ultimate sticker is to be able to spend eternality with God in Heaven, and that’s also our goal. Keep our eyes to the reward the He promised us in the Bible and we will be motivated to shine His light even brighter in this dark world. *

Aim for that eternal sticker, Jesus is coming back really soon.