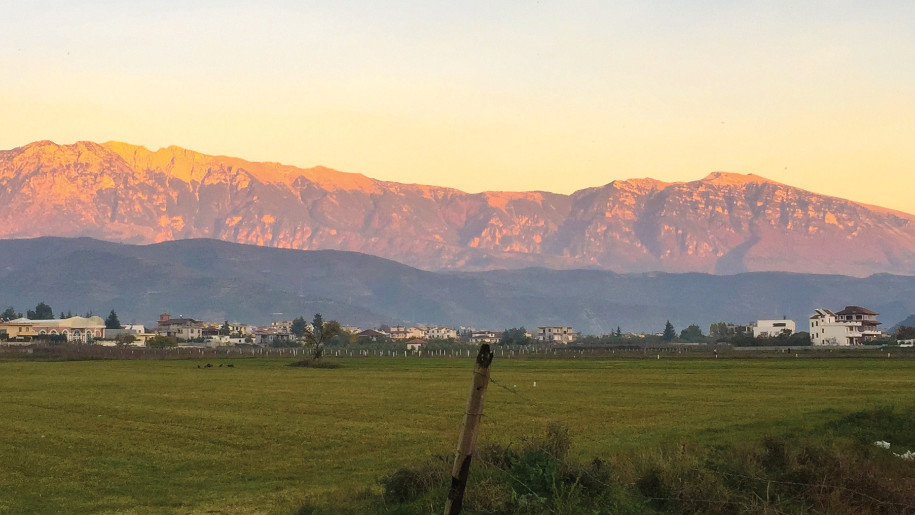 An illustration of the last supper near the door of a café caught Sean’s eye. It’s an unusual sight in this mostly Muslim city, but there are a fair number of Eastern Orthodox Christians and an Italian Catholic mission here, so a depiction of Christ and His disciples is not completely out of place.

Then Sean noticed something on another wall—an illustration of the large mosque in Medina, Saudi Arabia. Nearby was a calendar with a photo of a Christmas tree. A quick glance revealed yet another wall decoration with a young lady reading the Qur’an with a message written in Turkish about God’s forgiveness. In the background of the picture was the Blue Mosque in Istanbul, Turkey. It was then he realized without a doubt that the owner of the café was a Bektashi Muslim.

The Bektashi identify themselves as Muslim, but many of the local practicing Sunni Muslims reject their claim to be any part of Islam. The Sunnis point to the fact that the Bektashi in our area abstain neither from alcohol nor from pork and don’t attend regular prayers at the mosques. They rarely observe the fast of Ramadan. In the eyes of the Sunnis, those are the most obvious differences between them.

In reality, the differences run even deeper. The Bektashi are a Sufi order with Shia roots that arose during the Ottoman Empire. In 1925, Mustafa Atatürk banned Sufism in Turkey and closed down their lodges. Albania became the center of the order at that time. Bektashi practice appears to be an interesting mix of mystical Sufi and Shia Islam with pantheism and some Christian elements. We have also observed an undercurrent of animism among those of all traditional faiths in Albania.

Albania is still the seat of Bektashism, and the top of the mountain overlooking our city is the destination of an annual pilgrimage to sacrifice sheep and perform other rituals. Many Bektashi, even those from other countries, journey through our city each August and up the difficult pathway to the precipice of Mount Tomori. Local shepherds look forward to August, their biggest sales month. Each Bektashi family or group brings a sheep to the place of sacrifice where they slit its throat and place the blood on each person’s forehead. They light candles and place them on the ground in patterns. People pray at the tombs of holy men. There is feasting for many days. Some people camp outdoors for weeks.

Many of the people of our region are Bektashi, including several of our friends and acquaintances. They have always been extremely hospitable and friendly to us. A church member with a Bektashi background has been very active in outreach, but for some reason she’s been more successful in reaching people of other backgrounds.

Please join us in praying that God will open the doors to fruitful ministry among the Bektashi people, and that they will open their hearts to Jesus; not as a mere prophet, but as their Lord and Savior.