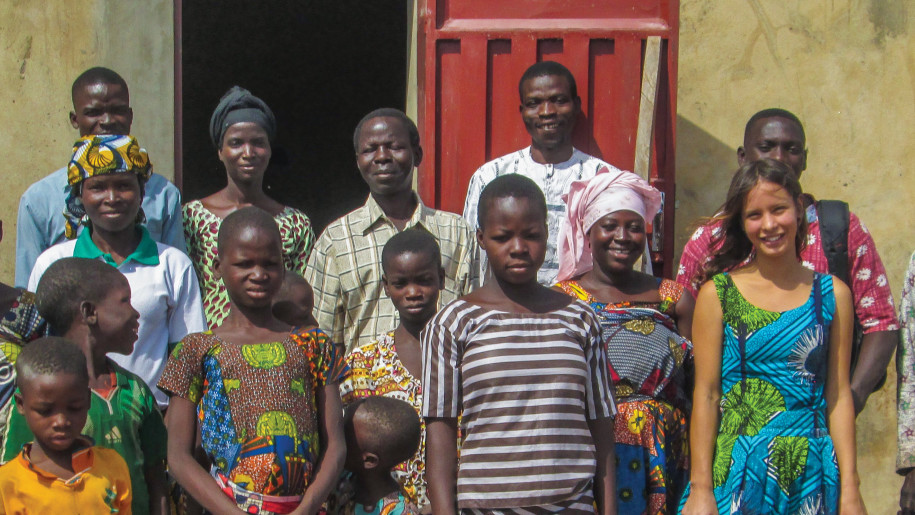 At our last team meeting, one of our evangelists, Jean, shared the following story:

“Recently I received a visit from a man whose wife has been attending church regularly. He came to tell me that he was sending her away for being disrespectful. What he meant by that was that she has been attending our church against his will. Then he started accusing the church of causing problems in his marriage. He was very angry and aggressive. I told him that he should bring his complaints to the local authorities who would summon both sides for a fair hearing. He then threatened to hit me. He told me that he had wanted to destroy the church and stone the members, but he wasn’t granted permission. I have no idea whom he had asked for permission. However, I had heard from a lady who said she would like to join our church, but she had heard that it would soon be destroyed, so she was afraid.

“During the last rainy season, I had trouble with neighbors’ livestock destroying my vegetable garden. I chased the animals away, but of course they would come back, so I put up a fence. One day I found a little goat inside the garden. Against my habit, I used my slingshot to try to chase it away. But my shot killed the goat instantly. I was shocked and very sorry, and I didn’t understand what had pushed me to do that. I asked around to find the goat’s owner, wanting to apologize and reimburse the loss. It turned out that the owner was this man who recently threatened me. At this point a few months ago, we still had a good relationship as neighbors, so I went over to explain and apologize, but he assured me that there was no problem, and he refused restitution. However, I didn’t have peace about the situation. Adding to my uncomfortable feeling was a dream I’d had the night before. In the dream I was fishing with some friends, and we were attacked by a snake. While the others ran away, I faced the snake and fought it. In the morning I told my wife the dream, and we prayed about it, wondering what the day would bring. But I didn’t connect the dream with the goat incident. However, a while later someone told me that this man has a snake spirit, which is the most powerful spirit in Otammari beliefs. Now I’m wondering if the animal I killed was really a goat or if it was actually a spirit who took the form of a goat to come to my home and harm me, my wife or my little boy. But God prevented that.”

When Jean was done telling his story, we got down on our knees to pray about the situation.

It seems like evil forces in the village of Katayinka are rallying against God’s people. Several months ago, Jean learned that three spiritual leaders from the village made sacrifices in a sacred forest near the church, asking the spirits to act against our presence. He also heard that people tried to attack the person who sold us the land for our chapel. Apparently, people are angry that the spirits are leaving because of our presence.

Katayinka has long been known as a stronghold of animism. When we first entered this village, the villagers predicted that our group wouldn’t last more than a few months there, just like every other church or mosque that has tried to establish a foothold. (See my article in the February 2017 AF.) Now, five years after our evangelists’ first visit, a group of about a dozen adults and 15 children still meets regularly. We have been blessed with a simple house of worship and a small house for our evangelist Jean and his family. But opposition is mounting. Most of the church members and regular visitors suffer persecution by their family, and spiritual leaders in the village openly threaten Jean.

We need your prayers to fight this army of visible and invisible enemies. Please pray with us for protection and courage for God’s people in Katayinka and that the forces of evil will be pushed back.