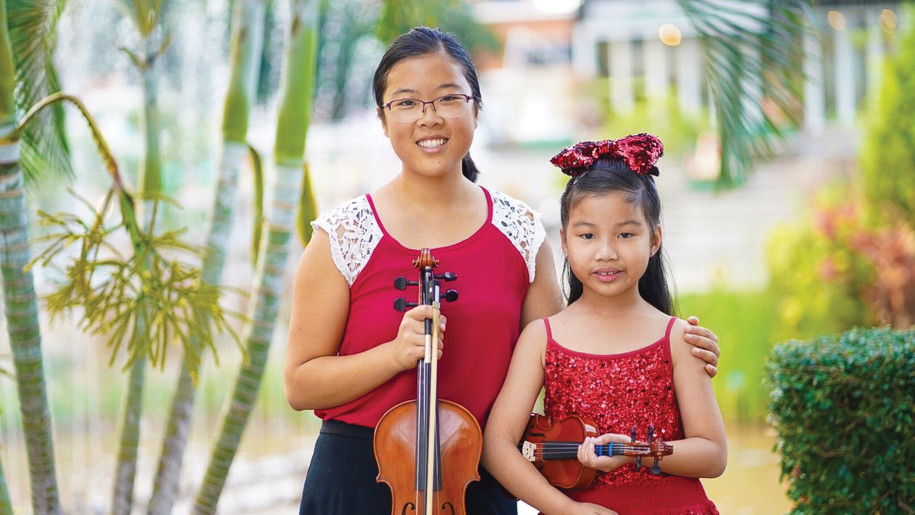 I didn’t know what to do with Yasin. It was her second violin lesson with me, and she seemed very distracted. She was constantly looking at her reflection in the glass doors of my studio, and she was engrossed in a makeup game on her phone. She avoided eye contact with me, seldom spoke and nodded agreement to everything. When I praised her for something, she didn’t seem to know how to respond, as if she was unfamiliar with affirming words. Something (or perhaps Someone) told me that this 12-year-old girl had a very low self-esteem.

After Yasin’s lessons, I would tell her mother that her daughter was improving her talents. “Really?” she would ask incredulously. “Yasin never lets me hear her practice, so I never believe her when she says that she has. Then I get angry with her, which probably isn’t good. But you say that she’s practiced, and she is improving? Are you sure?” Her skepticism certainly wasn’t helping Yasin.

I poured my energy into making our lessons a place where Yasin felt accepted and valued. I encouraged her persistently. I assured her that she could do it, that the hard notes were possible, and that I believed in her. I praised her when she did well. Even when I was ready to tear out my hair, I found the patience to not give up on her. I determined to be someone in her life who would believe in her and love her for who she was, no matter how she looked or what she did.

As we finished our second lesson, and Yasin was getting ready to leave, I stopped her. “Yasin,” I said, “this might sound weird, but I think you’re a beautiful person.”

As the weeks progressed, so did Yasin’s violin playing, and so did her personality. I watched her begin to open up, emerge from her timidity and become my friend. We went from teacher and girl engrossed in her phone to laughing our heads off about how much we loved tofu. She began smiling more, laughing more, talking more. I told her how to make cinnamon rolls, and she described how to cook all things tofu. In one particular lesson after I returned from a five-day trip, she began bouncing up and down and confided, “I missed you!” Today, she came to our lesson smiling and waving, and she looked me straight in the eye as I talked with her. She has become more confident, more responsive and so much happier.

The last time I talked with Yasin’s mom, I gave her my typical post-lesson report: “Yasin is doing well!”
“Really?” her mom started to say. But then she stopped, looked at me, and instead said, “I believe you. She is.”
This is what it means to me to be a teacher. I am in a position where I have the power to shape individuals, even families. I can help transform identities, change relationships and ultimately point people to find life in Jesus. I owe everything to my Heavenly Father for first demonstrating to me His infinite love, acceptance and freedom, which I can now reflect to others. It is my hope that my students and their families will someday look back at their time with me and be able to say, “This person made an impact on my life. She showed me a taste of God’s love.”