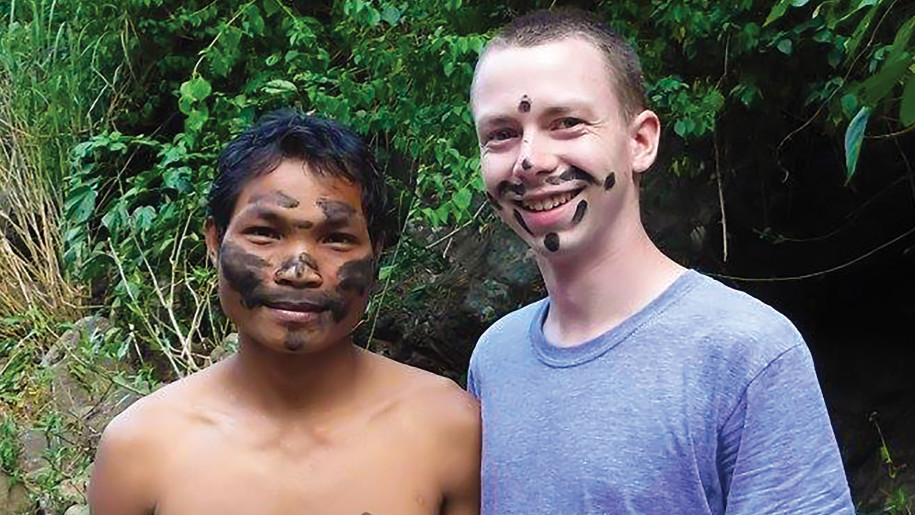 I have been spending my weekends in Emrang, about a two-hour hike from Kemantian. Every Sabbath morning, I trek over the mountains to worship with the small but faithful group that gathers there. In the afternoons, I visit church members and typically spend the night with the local folk before hiking home on Sunday to resume my weekly duties. One Sabbath afternoon, I discovered Tirungan, a community nestled in the hills above Emrang with a lovely view of the mountains and the Sulu Sea.

As I took my leave after my second visit to Tirungan, the people were disappointed. “You mean you’re not sleeping here?” they asked. I thought they were just being polite until Bibi said, “Next time you come, bring your blanket and sleep here.” So I did. The community house in Tirungan became my sleeping place on my weekly Emrang visits.

Few of the adult residents of Tirungan attended church, but they welcomed me and even gathered for evening sessions of singing and Bible storytelling. Many of them had heard the stories before from previous missionaries, though their memories had rewritten some of the details.

Dulkinu, a village elder, would listen to each story I told and make comments. He and I became friends. One evening he took me to his daughter’s house to meet his newborn granddaughter. “We can’t think of a name for her,” he said. “You name her. You’re good at that.” (I am?) The next morning, I asked the baby’s parents what they thought of the name Hadasa (adapted from Hadassah), and I briefly outlined the Bible story. They immediately liked it. They pronounce it “Harasa,” something I should have anticipated, but at least it’s better than “the girl,” which was her name for the first three weeks of her life.

One evening, Dulkinu told me a traditional Palawano story. Much of the vocabulary was beyond my grasp, though I followed the gist of the tale. We went over it again, with my repeating what I had understood and others filling in the gaps with vocabulary I knew. The story went something like this:
“Once upon a time there lived a young boy. His parents had died, so he and his older sibling lived with an uncle. The uncle was cruel to the boy. He made him live under the house with the pigs and chickens, not even letting him come up to sleep.

“The boy was miserable. His uncle refused to feed him, so he had to live on whatever food scraps fell through the cracks in the floor. Of course, he had to compete with the chickens for the few grains of rice that fell. He also had to deal with all the filth from the house. Whenever someone swept the floor or rinsed a dish, the dirt or water would fall through the cracks and splatter on him.

“One night as the boy slept, he had a dream. A man said to him, ‘You must flee from your uncle. If you don’t flee, you will die.’ When the boy woke up, he knew what he had to do. He sneaked away from the house and ran far away. Eventually he reached the house of a strong man. The strong man helped the boy. He took him in and treated him well.”

After finishing the story, Dulkinu remarked, “The strong man must be God.”

I think he’s right. The devil is a cruel master. If we don’t flee from him, we will die. But Jesus is strong and ready to help us—not only to take us in, but to help us break free from the enemy who has control over us. Please continue to pray that the Palawano people will seek and find the Strong Man.