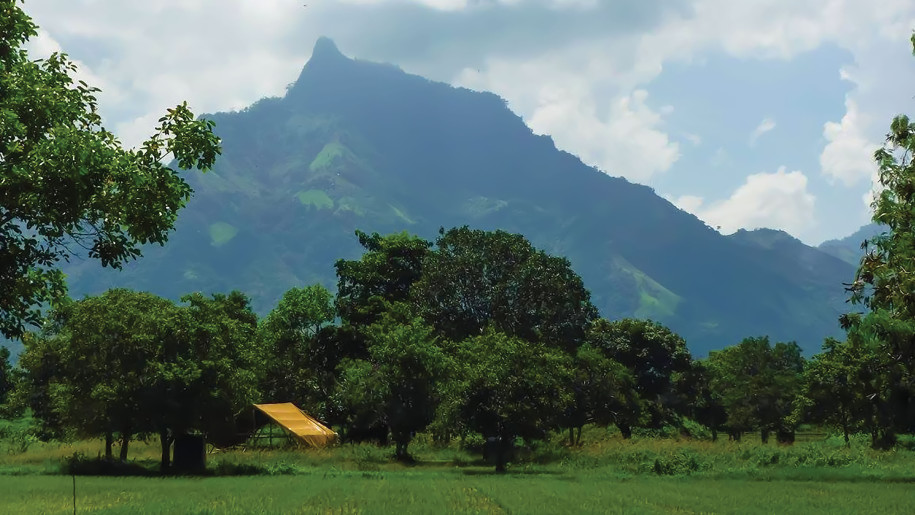 Training and developing leaders is a long, intensive process without a well-defined endpoint. No one can say, “I’m done with training, so I’m a leader now.” In any culture, learning to lead is a multi-layered process.

After our first Palawano baptisms 24 years ago, we started working with the new members to encourage them to pray publicly, share personal testimonies, call for the offering and read scripture aloud in church. Gradually, they were able to start giving short sermonettes. It was tough for them at first. There was a lot of head scratching and nervous shifting from foot to foot, and there was hooting and laughter from the crowd. But slowly over the years these leadership trainees have gained speaking skill and confidence.

But standing up front and taking part in a program is a very small part of learning to be a leader. In the Palawano culture that gives so much deference to elders, the greatest hurdle for a young potential leader is the fear of having to provide direction and correction to someone who is older or holds a higher position. Another major challenge comes from the fact that the Palawano style of decision making is to seek consensus rather than looking to a leader. In this atmosphere, building connections to influential people is the primary way to gain advantage.

Stubborn pride is another cultural challenge. Downtrodden by other cultures for centuries, the Palawano have developed a tenacious pride about their traditions and a stubborn outlook when it comes to differences with outsiders.

Perhaps you can appreciate that developing leaders in this context is a challenge. There have been times we have been very discouraged, thinking that perhaps it was impossible to raise up truly spiritually strong, selfless leaders from among the converts. But we praise God for giving us the courage to keep trying and for providing the wisdom to know how to proceed.
One young man, whom I will call Jonan, has been the epitome of tenacious pride and stubbornness. He enjoys challenging the leadership of others through snide comments, prejudices and getting others to side with him. Jonan was in the very first group to go through training and to have the responsibility of leading in the church, but the whole group eventually rebelled and quit. Then two younger but seasoned converts were chosen, and these were mentored to hold things together. When a new curriculum was introduced, a group of men were chosen, and they met for two years before a second group was added. Though older than some, Jonan was assigned to be in the second group. Still with a chip on his shoulder, he along with some others made the group more challenging to deal with.

For the past eight days we have been meeting with most of the men from both groups along with their wives. We noticed some real maturity developing in these men who are in their thirties. Jonan, on the other hand, still had a bit of a chip on his shoulder whenever a subject touched a sore spot. As our leaders grapple with many issues, we do not hand them answers but guide them with questions to find biblical solutions for best practices within their culture.

One day as the men were outlining what they felt were the most important standards to teach members to uphold in order to not be like the world, they listed 15 areas specific to Palawano culture. During our lunch break it suddenly dawned on us that they hadn’t mentioned anything about gambling or betting. I was surprised, because this temptation has a long history among Palawanos.

When the afternoon session opened and this topic was suggested, they all agreed. Then one of the trainers asked, “Historically, you, who were members in the early days, made the standard that Christians should not play volleyball, whether the game was being bet on or not, and whether or not the team members were fellow Christians.”

Jonan replied, “Yes, that was the way it was then. We were concerned that the temptation would be too strong. But now I tell my Bible students that it is okay to play volleyball as long as you don’t bet on it. I love to play volleyball, but I don’t bet anymore. It’s okay.”

The trainer responded, “Isn’t it a bit tricky when we start using ourselves as an example of what is right or wrong? Furthermore, how does an onlooker know that you are just playing volleyball and not gambling? Isn’t this creating a temptation for those who are drawn to gambling? What is our responsibility as Christians?”

After more prayer, a lengthy discussion ensued. The topic expanded to basketball, traditionally a non-betting game for the mountain Palawanos. The lay pastors admitted that there were now some groups that did bet on basketball as well. An older lay pastor ventured to ask, “What about the amount of time spent playing basketball? We are called to accountability for the use of our time, right?”

After discussing back and forth, sometimes quoting scripture, sometimes telling stories and experiences, they finally took a vote: Is it okay to play volleyball or basketball? The vote was a unanimous “no.” They decided it would be better not to be a stumbling block to others than to enjoy this pastime. Even Jonan agreed that he would give up playing volleyball and basketball, though betting was no longer a strong temptation to him.

And as I listened to all this conversation, praying the whole time, I was amazed to see how these Palawano men had grappled with a very sensitive subject and addressed it biblically and prayerfully. In the end we all stood and sang a song of victory. I went home that evening amazed and rejoicing—both for our leadership at large and for the new attitude evident in Jonan.