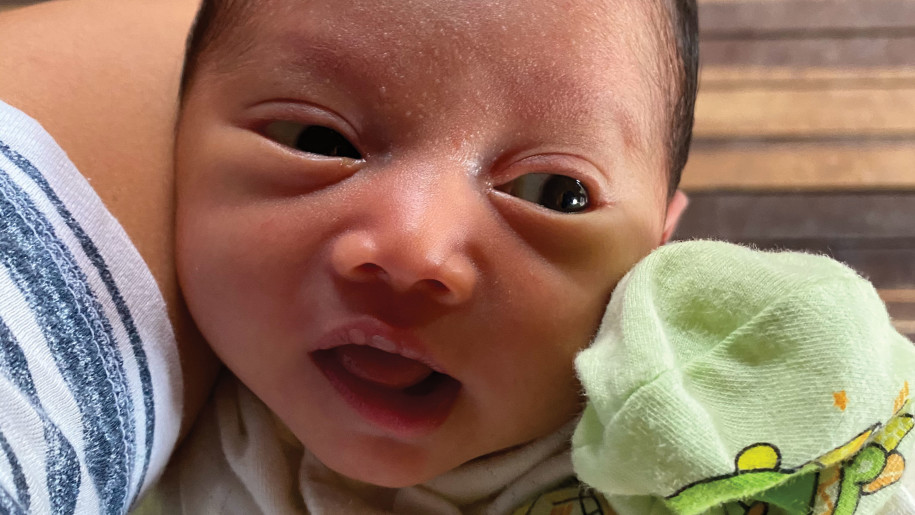 “Slima is having contractions!” I rubbed the sleepiness out of my eyes as I responded with an “Okay, I’m coming!” It was the middle of the night, but I had told Slima to send someone to ring our bell whenever she started going into labor so I could drive them to the hospital. Otherwise, I imagine it would be the longest and most uncomfortable motorbike ride of her life! I put plastic and towels down on the seat — I learned my lesson from the last laboring woman whose water broke on our unprotected cushions — and got her settled as her family piled in. I dropped them off in front of the maternity wing and told them to let me know when she was ready to come home.

Once the baby girl, Heela (hey-LA), came home, I went over and spent a lot of time with Slima, teaching her about breastfeeding and encouraging her to be persistent with pumping and waking Heela to eat. When Heela had difficulty latching, I taught Slima how to use a nipple shield and watched her eyes light up when she felt Heela latch for the first time. When Slima had a clogged duct that gave her breast soreness and a fever, I went to her house and taught her how to do hot compress treatments and manual massage to get the duct cleared. By morning, she was all better.

Slima texts me about every question she has. She is a bit of a nervous mama, and her mother does a lot of the hands-on care. I try to breathe confidence into Slima and encourage her to believe in herself as a mom. I warned Slima before she gave birth that postpartum hormones and emotions can be really confusing and sometimes overwhelming. I told her not to keep things to herself but to let me or her husband or family know if she was struggling. Since delivering, she has told me about the days she has struggled emotionally. She dreams of having her own house and not having to live with nine other people under her parent’s roof. She tells me about her dreams of studying law or owning her own business. Slima and her husband are educated and more modern than most in our village, but saving money is nearly impossible with her husband’s small income. In the future, I would love to involve Slima in a business venture that can give her and a couple of other young women in my village a way to make money and rise out of poverty.

As a new mom, I understand and enjoy the bonds which can form between new mothers. I am grateful that God has answered my prayer for opportunities to minister to women through prenatal and postpartum care.