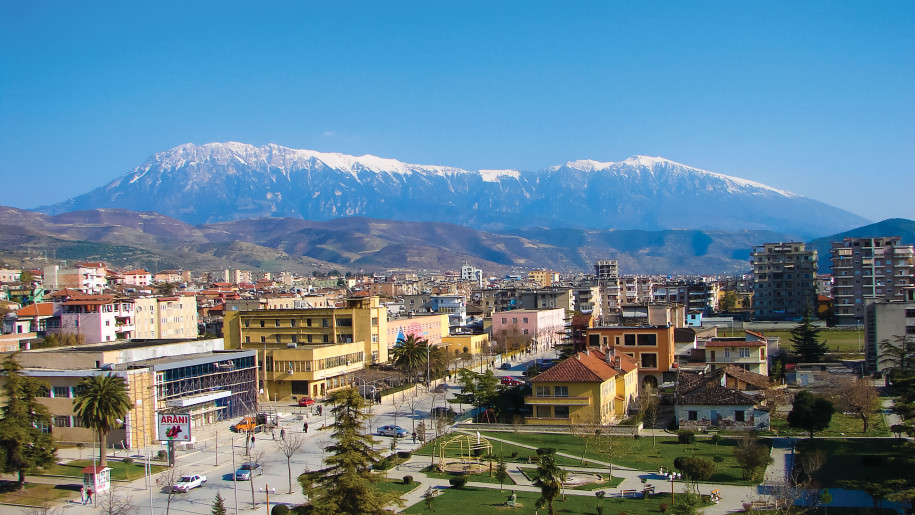 I’ve been looking for silver linings lately. Have you? With the pandemic, the isolation, and the uncertainty that has brought a dark cloud to multitudes all around the world, humanity is experiencing a momentous need for light. There is no better time than now to shine like a city on a hill, offering others a glimmer of hope. We can’t afford to hide the light the world needs right now.

One of the best ways I know to chase darkness away is to count my blessings. Gratitude is an effective mood booster; it helps us glow with peace and draw others to its Source. Rather than being swallowed up in anxiety and fear about the future, we can focus on the many ways God has blessed us over the years, even during the storms of life. God has a way of bringing triumph out of tragedy. The only thing we have to fear is forgetting how He has led us in the past.

I recently ran into an old friend, stirring up an old memory. While we were still new to Albania, an impoverished street sweeper approached us and asked us to come and see her teenage son who had a terrible burn. She had heard that “the Americans” had helped another young man who had been badly burned from spilling hot cooking oil on his foot. That young man, like this woman and her son, was a member of a minority that is believed to have Egyptian heritage. It is said that their ancestors came to the region after joining Alexander the Great’s army after he conquered their land. Sadly, this minority receives poor treatment in Albanian society. Whether because of their poverty or their heritage, neither of these young men was able to obtain treatment at the local hospital.

We made an appointment to meet this woman after she was finished with work. We later learned that she was the only one in her family who had been able to find work. All of them depended on her meager wages for survival.

We went to the pharmacy in search of supplies before our appointment. We invited a Peace Corps volunteer who had befriended us soon after our arrival in Albania. He had seemed a little homesick, and we had made a point to provide him a taste of American family life while he was there. As soon as we asked him to accompany us, he in turn invited an out-of-town volunteer who had been visiting our city.

The street sweeper welcomed us into her apartment in what looked like an abandoned part of a building in a ramshackle neighborhood. She led us up several flights of unlit stairwells to her home, where her son lay on a couch. He was thin and shy, and his foot was covered with a bandage. Relatives had carried him to the hospital after the accident. After cleaning and bandaging his wound, the doctor had sent him home and would not see him again for follow-up care. It had been too many days, and his mother knew the dressing needed to be changed, but she had neither bandages nor medicine.

As the story of what had happened spilled out, the boy hung his head in shame. When the power had gone out, as it did for many hours each day, the boy had broken into an electrical power substation. His plan was to steal some of the copper wire to sell. While he was in the act, the power came back on, and he received a serious burn on his foot and another on his head.

We asked if we could pray before we began. The mother agreed, saying that we had the same God, and He had sent us to help her son. They were Bektashi Muslims, a mystical Sufi sect that began in Turkey but now exists primarily in Albania. Largely due to syncretism, they have an unusual mixture of Christian, Islamic and some Pantheistic influences in their beliefs and practice.

It wasn’t easy getting the encrusted bandage off without hurting the boy. It took many minutes of gentle work to remove it. When we finally saw the wound, we gasped. Tendons and bones were exposed. We felt the need to pray again. This was beyond our capabilities. The visiting Peace Corps volunteer seemed especially shaken. The mother told us that there was no other option. The hospital had refused to see him again. We were his only hope. She begged us to do what we could. We knew that this boy was in God’s hands. We did what we could and went back home to contact a doctor friend for advice. Each day we visited the boy, prayed for him and tended to him. A couple of times, the Peace Corps volunteers asked to come along again, too.

Praise God, the boy eventually healed. One day, a couple of years later, his mother saw Sean on the street and told him that her son was doing well and had joined the army. She was beaming and thanked him again. She also praised God. She knew where the healing had come from.

Years later, we learned that there was even more to the story. While we were in the States, the former Peace Corp volunteer who had “adopted” us asked us to stop by as we passed through his city. As we caught up over lunch, he told us that the other volunteer who had accompanied us had been profoundly impacted by the experience. Because of it, as soon as he had returned to the States he had changed his career path. He was becoming a doctor!

I have been thinking about the silver linings that came from that tragedy. God used many of you to bring healing to a young man and to inspire another to become a healer. Many of you have prayed for us and for the people of Albania, supported the project financially, and made it possible for us to be where God wants us to serve. It wouldn’t have happened without you, our team of dedicated supporters.

We have been in awe as God has brought victory out of despair before our eyes so many times. We can’t help but look for the hope that is always very near. Currently, our project is in need of funding to keep the gospel message of hope shining in our small city in Albania. It’s tempting to become discouraged, but instead, we choose to look for the silver lining again. Our prayer is that we all keep looking up and keep letting His light shine through us.