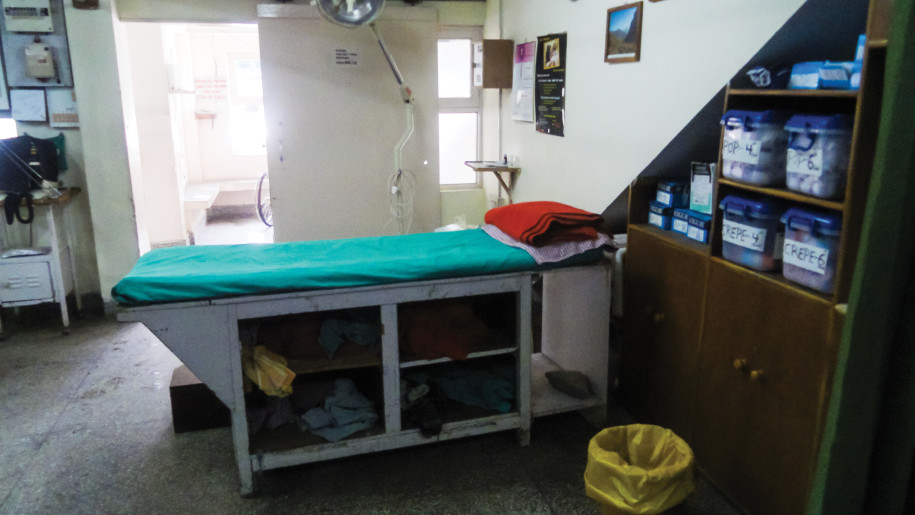 “She’s unresponsive, and the glucometer reads high. We’ve got to get her out!” And with that began the dark, arduous journey out of the mountains carrying 10-year-old Rusalin in a rattan backpack, since the helicopter cannot fly after dark. There was no time to lose, and we couldn’t wait for morning.

By midnight Rusalin was in the hospital. Four hours later, they finally began administering insulin. Fearing she would need a higher level of care than was available in Brooke’s Point, we asked to transfer her to Puerto Princesa, but we were informed that she must first be intubated before an ambulance would take her there. In order to have a surgeon do the intubation, she had to be transferred from the government hospital to a private hospital in Brooke’s Point. The intubation caused Rusalin horrible distress. She was no longer completely unconscious, and she was still breathing on her own, but the doctors insisted she couldn’t go in the ambulance without being intubated. Watching the procedure performed without anesthesia was torturous.

Noting her flailing arms with each forced breath of the ambu bag her parents were operating, my daughter, Christina Miller, with her ever-ready stethoscope, listened to Rusalin’s lungs only to confirm that the tube was in too far and was actually going into a lung. It took some wheedling and a lot of persistence, but finally we got another surgeon to back the tube out so that it wasn’t in the lung, and Rusalin could breathe without agony.

In the meantime, we were trying to find a hospital in Puerto Princesa that would take her. Neither the provincial nor the co-op hospitals had room. The Adventist hospital didn’t want to take her because they didn’t have space available in the pediatric ICU, but by friends calling friends, someone was finally able to find a space for her. It took several hours to find an ambulance that would take her to Puerto Princesa. But at last an ambulance arrived, and Rusalin, accompanied by her mother and father and nurse Seth Miller, headed north, and she was finally admitted into the hospital around midnight.

I wasn’t sure that Rusalin would survive the ordeal. And even if she did survive, how was a juvenile-onset diabetic going to manage her condition in the mountains? Also, her kidney function was very low, so she had to start dialysis. Would she need dialysis two or three times a week for the rest of her life? From the mountains, the nearest available dialysis is in Puerto Princesa, at least a four-hour drive north from Brooke’s Point.

Through much persevering prayer and dedicated care, Rusalin began to recover. When I first saw her smile in recognition as I walked into her ICU room, my heart went into exaltations of praise to our gracious God. Rusalin is from an Adventist family, and her faith in Jesus is real. We had a precious worship together, just the two of us in the ICU ward. She even mouthed the words to her favorite song as I sang.

There were ups and downs, times of rejoicing and times of fear, but Rusalin was finally discharged from the hospital. She and her family are making sure that she gets her insulin four times a day, and her kidney function has returned. We know that God will continue to bring in funds to cover her hospital bill, which was over $7,000, and the continuing costs of insulin and supplies to manage her diabetes. There are many people like Rusalin who benefit from our clinic ministry. If you would like to help us continue to meet the health needs of the Palawano community, you can give to the Palawano Clinic Fund.

There will continue to be situations we will have to figure out in managing Rusalin’s care, but God has brought her back from the edge of death, and we know He won’t ever leave her.
To all who were praying for Rusalin during her life-threatening ordeal, please continue to pray as she regains strength and adapts to all the changes this has brought into her life and that of her sweet parents.