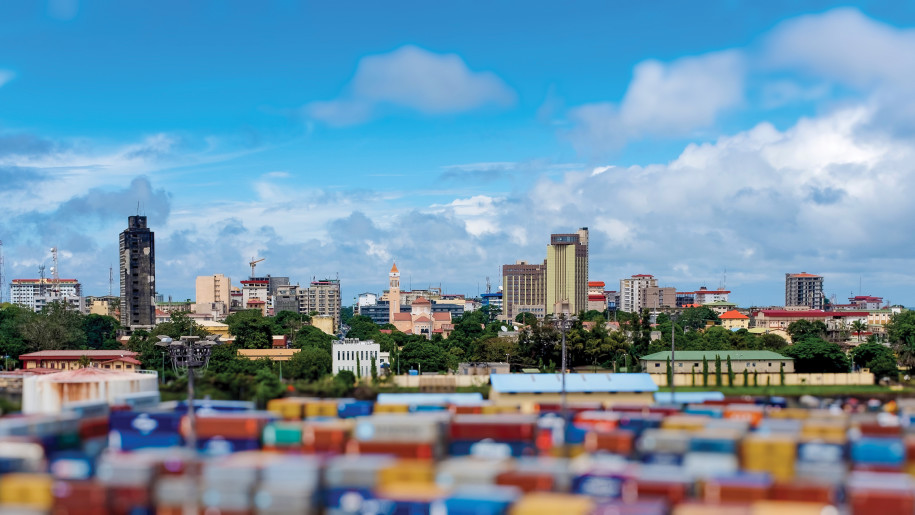 Both Matthew and Mark talked about Jesus’ model of prayer. Each of them laid emphases on two different points at the end of their accounts. Read Matthew 6:5-15 and Mark 11:1-13. Mark emphasized perseverance in prayer and the faithfulness of God in His response. Matthew emphasized forgiveness.
Forgiveness is an attribute that every Christian should possess. If we do not have it, we should pray for it the same way we pray for our daily needs. When God showed Himself to Moses, He did not allow Moses to see His face. Instead He let Moses know Him by these attributes; “The LORD, The LORD God, merciful and gracious, longsuffering, and abundant in goodness and truth, keeping mercy for thousands, forgiving iniquity and transgression and sin” (Ex. 34:6-7 margins).

The gospel that we carry to the nations and tribes around the world is all about forgiveness. In the plan of salvation, God displayed how much He loves humanity by redeeming us with His own blood and forgiving our sins if we believe. As we carry this message, we should be able to forgive under all circumstances because our sins are forgiven the same way we forgive others (Matt. 6:12, 14-15).
There are always positive spiritual and physical impacts on the forgiver and the forgiven. Forgiveness brings healing to both parties. It helps the forgiver feel closer to God and the forgiven committed to making things right. In my opinion, if Christians do not forgive those who have wronged us, especially those we think do not deserve our forgiveness, then we do not understand the sanctuary doctrine, and worse yet, we do not appreciate what Jesus did for us on the cross at Calvary.

As we were teaching our children about forgiveness, we were twice challenged by it. In previous articles, I shared with you about the first challenge—when a young man to whom we were ministering tried to hurt our daughter. Now I will tell you about our second challenge.

Mohamed Lamine Kamara was a young Muslim man we met when we were looking for a teacher to help our children. He is a Guinean Susu who went to school in Sierra Leone and earned a bachelor’ s degree in English and Sierra Leonean history and a certificate in computer programs. He came to Guinea to settle down. In Conakry, one of our contacts connected us.

When Mohamed started working with the children, he didn’t want anything to do with our Christianity. However, when he felt the power of Christ, he gave his life to Him and was baptized four years ago. When he asked me about changing his name, my response to him was, “God cares about changing your heart, not your name.”

In 2014, when we were on furlough in the U.S., Mohamed yielded to the temptation of greed and covetousness even though he was getting his salary every month while we were away. He stole our children’s school computers, our project computers, our telephones and everything else we had put in his apartment to make work easier for him and took off to Freetown. Brother Joshua called us in the U.S. and explained the situation. I had means in my power to get Mohamed arrested and jailed in Sierra Leone. We have close relatives in Sierra Leone who serve in the police force. When we returned from furlough, we called my wife’s elder brother, a police officer, and gave him Mohamed’s full information including his photo. It took my wife’s brother only three days to locate him. He had opened a computer shop to sell the computers he had stolen from us. When my brother-in-law reported back to us, I asked him not to arrest Mohamed but rather to let God deal with him as He saw fit. My Muslim brother-in-law was furious with me. “You Christians think you can change this world,” he sneered.

“Yes,” I replied, “we are trying to call God’s children to Him, including you.”

He laughed, and so did I. “Let me know when you change your mind,” he said.

“I have one more request,” I said. “Would you please make friends with Mohamed without disclosing your relationship to us?”

“A thief will never be my friend,” he said, “but I will do it for your sake.”

My wife and I lifted up Mohamed in prayer daily. We prayed that the Lord would finish what He had started in him by manifesting Himself in his life in a special way.

Sometimes when we wait for the Lord, people assume it is our weakness. In our ministry, I have learned that God’s way is not our way. When we pray for God’s will to be done, we are telling Him that we will be patient and allow Him to act on our behalf. In our ministry, we believe that we are called to serve even those who have hurt us.

Three months after the conversation with my brother-in-law, Mohamed miraculously showed up in Conakry. He was wandering in the streets like a madman. Telling the story to us later, he said, “I don’t know how I got to Conakry. I remember leaving my house on a Thursday morning for a job interview as a computer programmer at the Roker Commercial bank branch in Kissy, Freetown. Only when I was approached by two police officers did I realize that I was in Conakry, Guinea.”

Mohamed was spotted by one of our church members, Brother Deen, who knew him and knew what he had done in Fria. Brother Deen called me. “Mohamed is right in front of me!” he reported.

I told Deen to call the police and have them arrest Mohamed. Then my wife and I went to visit Mohamed at the police station. In his cell, Mohamed told us, “Now I know why I was wandering in the streets of Conakry.” He told us that he had been contemplating suicide. In fact, he was waiting by the railroad tracks and preparing to jump in front of the next train when the police officers and Brother Deen found him. I told him, “Brother, we have been praying for you.” We authorized his release and reassured him that we had forgiven him.

We gave Mohamed money to go back to Sierra Leone. However, as he began his trip, he felt an itching sensation on the top of his right foot. He began to scratch it, and his foot began to swell and hurt with a burning sensation. He decided to stop for medical attention. Three days later, the spot became a painful boil. Then it drained and became a very painful open sore.

One night at about midnight, we received a call from a lady in the border town of Pamalap. “Please help this young man,” she said.

“Who are you?” my wife asked. The lady introduced herself as Fatmata. “I have a young man here with me by the name of Mohamed,” she said and explained his ordeal. “Please help. We are in a village, and I cannot afford to take care of his problem.” Someone with a smartphone took a picture of his swollen foot and sent it to us. We were moved by the sight of it. That very night we transferred some money for Mohamed from our mobile account to the lady’s mobile account. The next morning, he came to Fria, and we sent him to Tanènè for treatment. Victor, one of our evangelists, was treating the sore. But when the sore became gangrenous, Brother Victor sent him back to us. I continued treating the sore until it was completely healed.

One day as I was treating Mohamed’s sore, tears began to run down his cheeks. “I don’t think I can make it anywhere else,” he said. “I have to repent and start all over, and the place to do that, in my opinion, is here and with you guys. Will you please give me a second chance?” Moved by emotion, yet still cautious, we told him he could stay in our home while he waited for God’s direction.

For some reason, I was still paying for the apartment Mohamed had been staying in when he stole from us. My wife and I decided to give him a second chance. We gave him back his apartment, and he volunteered to teach our daughter Florence without salary, but we are paying him anyway. He repented and gave his life back to Christ. He was rebaptized, and he is actively involved in the AY program. He has also volunteered to help teach English in our Adventist school.

Please keep Mohamed in your prayers as he is planning to get married and settle down in Fria to serve his church.