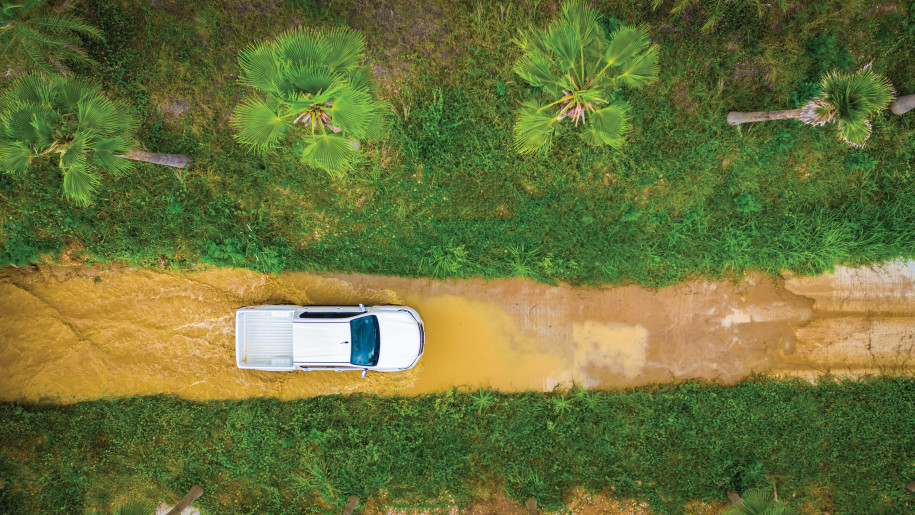 A small gecko silently clung to the ceiling and patiently awaied its dinner of an unwary insect that might fly too near the dim fluorescent light in the center lounge of an empty home-based hair salon. Just below the hungry gecko sat a hungry salon owner — a middle-aged woman named Pawn. She was trying to enjoy her dinner, utterly oblivious to her long-tailed, four-legged dinner guest overhead. But she didn’t have much appetite for her meal, feeling completely alone and discouraged. Of course, she shouldn’t expect anyone at that late hour, not a friend or customer. In fact, under normal circumstances, she would prefer it to be that way.

But not on this particular day. This day had been far too quiet, especially during business hours. No one had come for a cut, wash or hair-dying treatment all day long. No one had come by for even a short, friendly visit. And with a few exceptions, it had been like this for the past several days and weeks. Why? Because it had come again — that universal destroyer of health and wealth — COVID-19. It had even latched its terrible tentacles onto Pawn’s remote corner of Thailand, and fear of the virus was now sucking the life out of that local economy, too.

Pawn was dealing with it all alone, for she had long ago divorced the father of her three kids. Even though there was a new man in her life, he was, at this moment, away with another woman. As for her three children, Pawn’s two oldest had both tragically died while they were still teenagers. So, her only living child was a daughter named Lee, who was her pride and joy and sole hope for a better future. But Lee was far away, living and working in the big city of Khon Kaen, which was not easy for either of them. To top it all off, Pawn’s dear mother — indeed her best friend — had recently died. Some of her mother’s final words were still ringing in Pawn’s ears, “I’m really concerned for you. When I’m dead, how are you going to make it?” Pawn didn’t know.

Just then, Pawn thought of her daughter, Lee, who had become a Christian two years before. Pawn had never approved of Lee’s conversion and had even mocked her faith. But Lee, being the somewhat stubborn and fiercely independent child she was, had never bothered to ask for her mother’s permission to be baptized. Later, whenever Lee would come to visit her mother, just before bedtime, she would say, “Mom, please, I would like to pray to God, okay?” Pawn didn’t join her, but she didn’t forbid her either. She just sat, watched and listened as Lee prayed mostly silent prayers. But Lee would always end her prayers with an audible, “Amen.” Pawn pretended not to care about Lee’s new religion. But over time, her curiosity increased, and now, in her depths of depression and despair, Pawn began to seriously ask herself, Why not try praying to Lee’s God? What if He is real? What if He does care? What if He can help? What have I got to lose?

So just before bedtime that night, with no one but the little gecko overhead to see her, Pawn knelt, folded her hands in the typical Buddhist fashion, then she hesitantly, timidly began pouring her heart out to her daughter’s God. “Oh God,” she began, “please bless and be merciful to me! Please help me to encounter only good things in my life. And please, somehow, draw me closer to You. Amen.” And that was it, her first prayer, just a few seconds long but packed with raw sincerity! Having finished it, she promptly turned out the fluorescent light and drifted off to sleep.

Later that night, something extraordinary happened! Pawn had a dream in which she saw herself, her daughter Lee, me, my wife Shannon and daughter Selah plus two other unknown non-Thai men all in our white Toyota pick-up truck. We were driving down a long narrow pass between two mountain ranges. The mountains on either side of us were completely black. There were no lights at all — no house lights, street lights, radio tower lights — nothing! Just darkness. Even the road we traveled seemed unnaturally dark. Pawn wondered about this supernatural darkness as we continued driving right through it. Finally, I stopped and parked the truck. Immediately, Pawn heard a loud voice overhead and all around us that said, “You’ve arrived.” As Pawn looked through the windshield and straight ahead of us, she saw a glorious mountain which, at second glance, appeared to be a radiant city, shining with a supernatural light and with colors that were so bright and alive. Everything, including the trees and their leaves, was shining in other-worldly colors. Pawn had never seen such beauty with which to compare this place. As she gazed upon this dazzling sight in front of her, she heard the same loud, yet invisible voice speak again, saying, “This is where Lee is going to live. And this is where you are going to live, too.” Pawn experienced absolute bliss as she gazed upon that beautiful scene!

Waking up from that dream, Pawn’s joy and peace remained. “Certainly that voice was God’s,” she thought, “assuring me that even though my life’s road may lead through some difficult situations, God is near me. And in the end, He will take me home to live with Him and with my daughter someday in that radiant, happy place!”

Only later — when she called to tell Lee of her experience, her discouragement, her first sincere prayer, and that wonderful dream which followed — did Lee excitedly explain to her what the Bible says. Lee told her mother that, in the Bible, God describes His dwelling place as “Mount Zion,” the place Jesus promised His followers as their eternal home, living with Him. A couple weeks later, Pawn came to Khon Kaen for a surprise visit, and we invited her to spend the night with us. At family worship that evening, Pawn joined us and shared her testimony. It just so happened that earlier that day, I had reviewed the story of the Exodus and Moses’ song (Exodus 14-15) with someone else. So it was easy for me to retell that story for Pawn, sharing the highlights of Israel’s escape from Egypt, how they passed between two mountains on either side of them, and how God led them at night through the Red Sea and onward. I shared with her, from Exodus 15:17, how God had used Moses to take His people toward “the mountain of God’s inheritance — the place that the Lord made for His dwelling, the sanctuary that His hands established.” Then I concluded, “God desires to lead us all to that mountain and care for us just like He cared for the Israelites long ago. So we don’t need to worry. We just need to believe and follow.”

It has been a couple weeks since then, and I have called Pawn several times. Pawn tells me that she still has that abiding peace, even though her challenges remain. Her anxiety and fear for the future are gone, and her neighbors and customers clearly see that. She knows that God is near her as she prays to Him every day and listens to some beautiful songs about God that Lee sent to her through Facebook. I have been excited to share this story with you, dear reader, and I have asked Pawn to retell her testimony to me a few times to make sure I had the details correct. I hope you, too, are encouraged by it. But this is only the beginning of Pawn’s pilgrimage (Psalm 84:5). Please continue to pray for strength for Pawn and her daughter, Lee, as they join us in walking life’s difficult path, led by and drawing ever closer to the invisible God Who has so wonderfully revealed His desire for them to appear before Him in Zion (verse 7)!