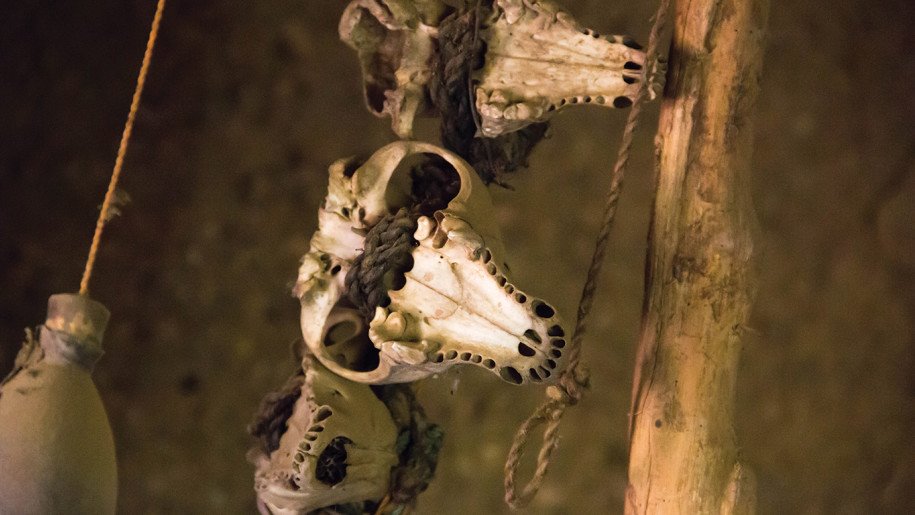 Demonism is not a strange thing in the Susu Project. Back in May of 2016, several children in our church frequently got sick, but medical diagnoses determined nothing was physically wrong. Then church members began to notice strange occurrences at night in their homes. The prayer team in our church responded with all-night prayer services. Through dreams from two or three church members, we realized that our church was under spiritual attack. There and then we took to deliverance ministry in earnest. The Great Controversy is real.

Some church members and their non-Christian family confessed of their involvement in witchcraft and demonization in order to destabilize our church. They had felt that the Adventist church in Fria is the most dangerous church in town because they pray too much, they are always peaceful and happy, they spread truth that affects traditional practices, and they are drawing people away from their beliefs and into the Adventist church.

One confession revealed several attempts via witchcraft to burn down the house of the Susu Project director. Each time they made an attempt, they saw church members praying and strange people surrounding the director’s house, thus preventing them from burning it.

My son and Uncle Joshua’s son were attacked in the spiritual realm as well. Inexperienced in this kind of phenomenon, we took the bait. No longer concentrating on the biblical approach, we took a very personal and aggressive style to deal with it. The result was that it escalated out of hand. However, God guided Uncle Fred to wisely calm the situation. He arranged for me to go to Conakry for one month to renew and refresh. Praise God for that trip because the devil had gotten me where he wanted, and I almost lost control of myself with my son. Our once most-peaceful church became disorganized. Church members did not trust each other anymore. Some members stopped going to church. Even our after-church Bible studies ground to a halt.

Fortunately, AFM sent a missionary experienced in deliverance ministry—Pastor Barakah—to Guinea to help with the situation. I learned from his experience the best method to approach this problem as a pastor. The church, by God’s grace, recovered and is growing more than ever before. We are working hard to restore the unity and peace we used to enjoy, even though it isn’t easy.

Now the enemy has taken a different approach. In part two, I will present the story of a church member who was struggling with evil spirits.
Pray for the Susu church. We need the power of Jesus every day.