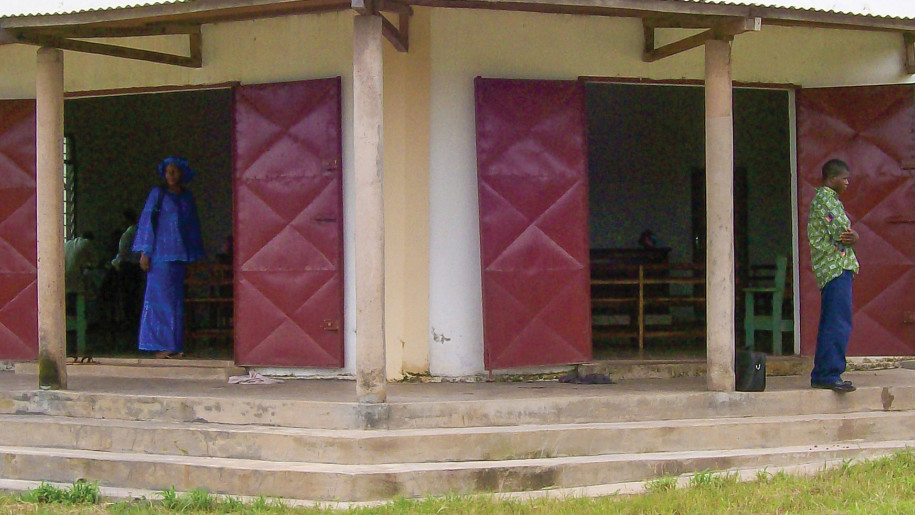 I met Victor a couple years ago when we were doing door-to-door evangelism after church one Sabbath. This particular Sabbath I was with Niouma who knew Victor from his clinic. Niouma introduced me as the leader of the Seventh-day Adventist church in Fria, and he introduced Victor as a nurse and teacher. At that time, Victor was teaching school in the morning and working at the clinic in the afternoon.

From my short conversation with Victor, it was plain that he had no interest in spiritual things. He was even rude about it. He did not believe in the existence of God. To him, religion was a waste of time. Even worse, he believed it was mostly used as a tool to control people. I learned that he often went out of his way to discourage people from going to churches or mosques. He even organized groups of young people and armed them with difficult philosophical questions to stump pastors and imams. Sometimes on New Year’s Eve he would buy alcohol for his friends so they would get drunk and go to church to make trouble.

When we returned to the church that Sabbath after visiting door-to-door, each group gave a report of their outreach activity and requested prayer for the people they had met. I gave Victor’s name and asked the church to pray that God would manifest Himself to him in a mighty way.

To cut a long story short, Victor had a dream. In his dream, he saw the heavens open, and he saw Jesus surrounded by angels. Disturbed by the dream, he woke up, drank some water, and went back to bed. Before he could even fall asleep again, a vision of the same heavenly scene came back to him. Shaking and filled with fear, he waited sleeplessly for the morning to come. In the morning he called Niouma and went to visit him. Niouma called me. We prayed with Victor and started Bible studies with him that same day. During our evangelist campaign in 2013, Victor gave his life to Jesus and was baptized. He vowed to dedicate his entire life to God’s service.
Since then, Victor has been very active in our church programs. He is a leader and one of our tentmaker evangelists. When we travel to the States for furlough next year, he and a friend will take charge of the Fria Adventist Church. We praise God for guiding Victor on such an amazing journey of faith.

What a testimony! Thank you for sharing it.