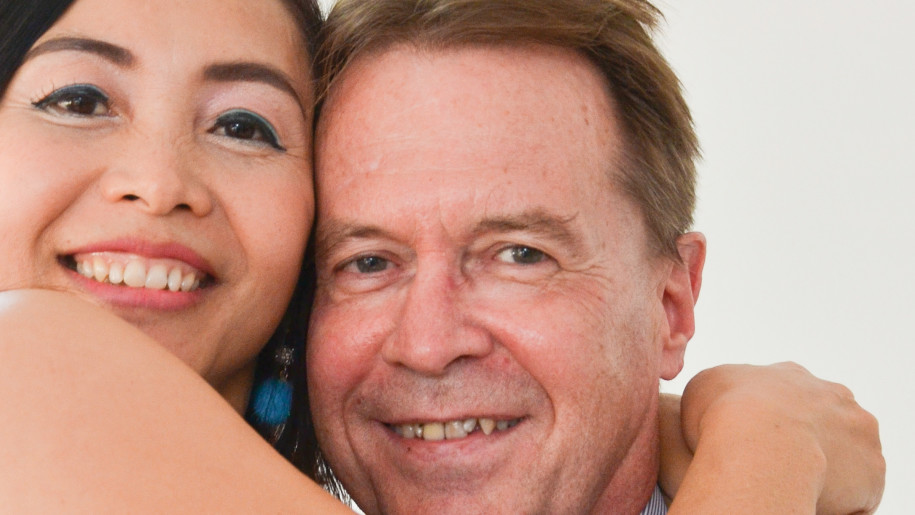 “I just want you to know that tomorrow there will most likely be tears in my eyes.” Stig Lindatrand spoke clearly and unapologetically with his distinct Swedish accent. “I can be quite emotional at times, and I expect that tomorrow will be one of those days—just so you know.”
“No problem there,” I replied. “You will not be the only one, I’m sure.”

The next day, January 25, 2015, was a day long awaited by many of us here in Khon Kaen, especially by our friends, Mats and Nok. Mats has been attending our church for about eight months, and his girlfriend, Nok, for about six months. Mats had been a Christian for years, but Nok was raised Buddhist. However, a few months ago, Nok declared that she wanted to follow Jesus for the rest of her life, which completely shocked and delighted Mats. For the last several months, she and Mats have been studying the Bible with our team and attending our church regularly.

Then, at a potluck one Sabbath last November, Mats said, “Christopher, I believe it’s time for Nok and me to get married. What do we need to do?”

“Talk to Ricardo,” I said. “He will be able to counsel you both through all the steps necessary, and we will help you make your wedding ceremony the most beautiful and meaningful event of your life.” With that assurance, Mats got up from his seat and took Nok by the hand. Kneeling down before her, he said, “Honey, will you marry me?”

“Sure. Okay,” Nok replied, surprised and delighted. Applause spread all across the eating area.

A couple weeks later, Mats said to me, “Brother Christopher, the wedding must surely happen. There’s no turning back now.”

“Because my friend Stig has bought his non-refundable ticket from Sweden to attend my wedding!”

The next couple months seemed to fly by. Mats and Nok continued to meet with Ricardo, Daniëlle, Kyle, and me for premarital counseling and to work out the details of their wedding ceremony. They chose to have it at our school, Peace Music Academy, and of course, they asked our teachers to prepare the music.
So on Saturday night, most of the wedding party gathered for a rehearsal, including Stig from Sweden.

Then, on Sunday morning, the big day arrived. Church members and family members filled the first-floor area. Nok waited excitedly in the violin studio upstairs. Mats waited in the piano studio. Luis, our guitar and ukulele teacher, and Irma, our piano and flute teacher began to play the Canon in D. Mats and Ricardo and I came down the stairs. Then Nok’s mother and aunt entered and lit the bride’s and groom’s candles. The maid of honor, Bible boy and flower girl entered and took their spots at the front. Then the music changed, and down the stairs floated the bride on the arm of her father. That’s when Mats’ tears began to flow. After some special songs and a homily on the origin and blessing of marriage, the bride and groom knelt before the parents to ask for their special blessing according to Thai tradition. Then Pastor Wanlop prayed a special pastoral prayer of blessing and Ricardo presented the new family—Mr. and Mrs. Mats Gustavsson. There was great applause and not a few misty eyes, including Stig’s, as he himself had predicted.

For the reception, our teachers provided some beautiful violin, piano and vocal music. One of our church members did a fantastic job as emcee, and Alicia made a fabulous cake according to Nok’s desires.

It was our first wedding here in Khon Kaen, and it was a huge success. Nok’s family (all non-Christian) were deeply impressed. Her sister said, “I don’t know how to thank you for all you have done for my sister. Just saying thank you isn’t enough!”

Her father said, “I’m so happy! I don’t know how to express my thanks!” Then he turned to one of his daughters and said, “Why don’t you buy one of the houses around here so I can start coming to church here.”

We all smiled. Truly, it was a sacred, God-filled Christian wedding ceremony where His love was clearly proclaimed and demonstrated. Thanks so much to all of you, our friends and supporters, who help us spread the love of God in so many ways here in Khon Kaen, Thailand!