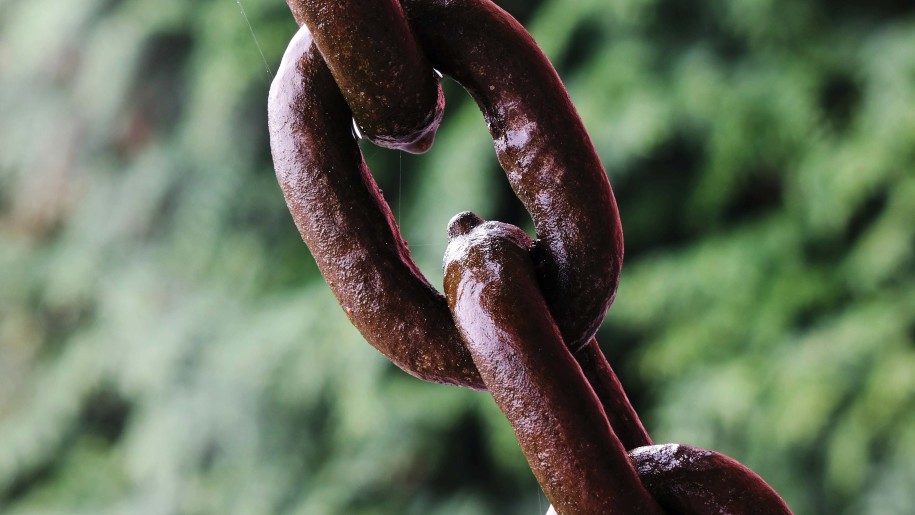 Jean and his older brother Mathias started attending church in Boukombé when they were children. As they became teenagers, Mathias lost interest, but Jean continued and eventually got baptized. Today he is in his early twenties, an active church member and one of the volunteers leading out at our church plants.

One day Jean called our local team member Hyacinthe to tell him that his brother Mathias had lost his mind and wasn’t eating. When Hyacinthe and some men from church went to visit Mathias and pray for him, they found him restrained with chains. He was so violent and unpredictable that this was the only way to keep him under control. A fetisher was there performing rituals to chase away the evil spirit that was tormenting Mathias. Hyacinthe decided that it wasn’t the time to pray to God to heal this man while the fetisher was inviting Satan. But when he and the others turned to leave, the fetisher stopped them. “I’m not sure if I can do anything here,” he said. “It seems like this is over my head. Can’t you pray for Mathias? We need your help!” Hyacinthe assured him they would pray at church and in their homes and that they would be back another day. He needed to get away from the scene to be able to hear the Holy Spirit and know what to do.

After praying about the matter, Hyacinthe felt convicted that God didn’t need his presence to deliver Mathias from the evil spirit. He remembered a method he had used to deliver his own niece. Giving Jean an MP3 player with the New Testament in the Otammari language, he instructed him, “Play this when you sit with your brother. Just make sure he doesn’t break the MP3 player!”

And that’s what Jean did. When he first started playing the audio Bible, Mathias told him angrily, “Turn that off! I don’t want that noise!” The fetisher had played music and other audio files before to calm him down, and it had seemed to help, but the evil spirit obviously didn’t like the word of God. But Jean just sat out of reach of his brother and kept listening for a while longer. Then he started singing hymns. When his brother demanded he stop that as well, he just said, “But I feel like singing now.”

The next day Jean came again, sat at a safe distance and played the audio scriptures. “Come closer,” Mathias said, but Jean suspected a trick, so he stayed where he was and turned up the volume.

As the days passed and they continued listening to the New Testament together, Mathias’ condition improved, and he started eating again. The following Sabbath, Hyacinthe and some others went to pray for Mathias. A few days later Jean called to tell him that Mathias was free and back to normal. Hyacinthe couldn’t believe it, so Jean handed his phone to Mathias who talked with Hyacinthe and thanked him for their prayers. Shortly after that, Mathias even came to Hyacinthe’s house to visit and thank him.

When Hyacinthe told us this story at our next meeting, we all praised God, humbled by the way He uses our feeble efforts to do great things. Deliverance can happen in many ways. Sometimes it happens through a power encounter. In this case, however, God showed us that He is strongest when we are weak. He didn’t need a human helper, just His word coming from an MP3 player.

Mathias would appreciate your prayers. He wants to begin coming to church again and surrender his life to Jesus, but he says that something is hindering him from making this step. We know that this is Satan who will try everything to prevent Mathias from giving his heart to Jesus. Please pray with us that Mathias will realize that his eternal life is at stake and that he will be free to make the right decision.