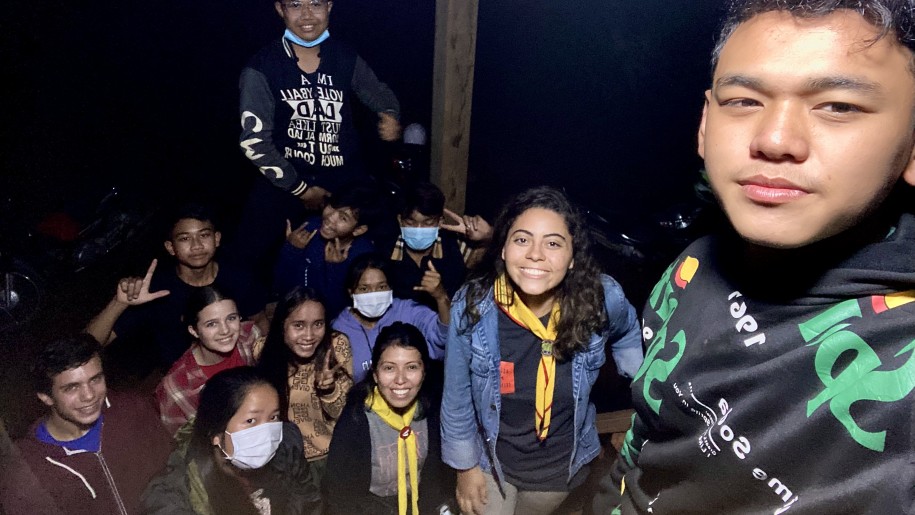 Many things have happened in the six months living in Mondulkiri, but the most beautiful memory I have so far, happened on a Sunday afternoon. Virginia, Tamiris, and I had decided to visit some of 9th grade students’ families. We were starting a new Pathfinder club, and one of the suggestion by the General Conference is to visit the target families to invite them to be part of the club. However, when I read this I thought, No way can I do that. I am too shy. What am I going to say? I don’t even know where they live. Later on, I shared my thoughts with the girls and they agreed. Nevertheless, we realized that we should go if we wanted the invitation to be more personal and effective, so we decided to visit the homes we knew of.

When Sunday afternoon came around, Virginia and I were tired. We had spent the Sabbath camping in the village and Sunday morning swimming under the sun with some church members. At some point I felt so tired that I almost told her, Let’s not go. We can do it another day, but every time I almost gave up, something came up and stopped me from saying it. I was never able to tell her what I wanted to say.

When we got back to Sen Monorom, we put on our Pathfinder scarf and got on the moto to visit the only two houses we knew how to find. The first stop was “easy”—the house is in front of the school, and the student we wanted to see wasn’t there, only his little sister. We talked with her for about five minutes, then we left to the next, and last house. We didn’t know that it would start raining and we would have to stay over there for almost half an hour. While waiting, we had the idea of asking this student to show us another classmate’s house, but my confidence was so low that I almost expected him to say no because of the rain. Still, he agreed, so we went.

There, the mom welcomed us into her home and told us she is so excited about the club that even she wants to be a member! When the rain stopped, we asked her son if he also wanted to come with us to visit another classmate. Now we were four people going to another house we didn’t plan to go to. And so we went from house to house, picking up students, until we had visited all the 9th grade homes.

I couldn’t believe it—shy me making nine visits in one afternoon. God is so faithful! The students had a lot of fun, and became super excited about the new club. God set up the means without taking into account my lack of faith.

Now I realize that we cannot give up. We came to work and do everything in our power to advance the kingdom of God. It doesn’t matter if I don’t have what it takes; He is faithful to provide in his time. I didn’t have to do anything extraordinary, just be willing to go. He took care of the rest. 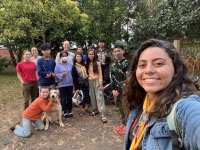 9th grade students inviting the Greenfield teens to be part of the club.

Joshua 1:9 says, “Have I not commanded you? Be strong and courageous. Do not be afraid; do not be discouraged, for the Lord your God will be with you wherever you go.”