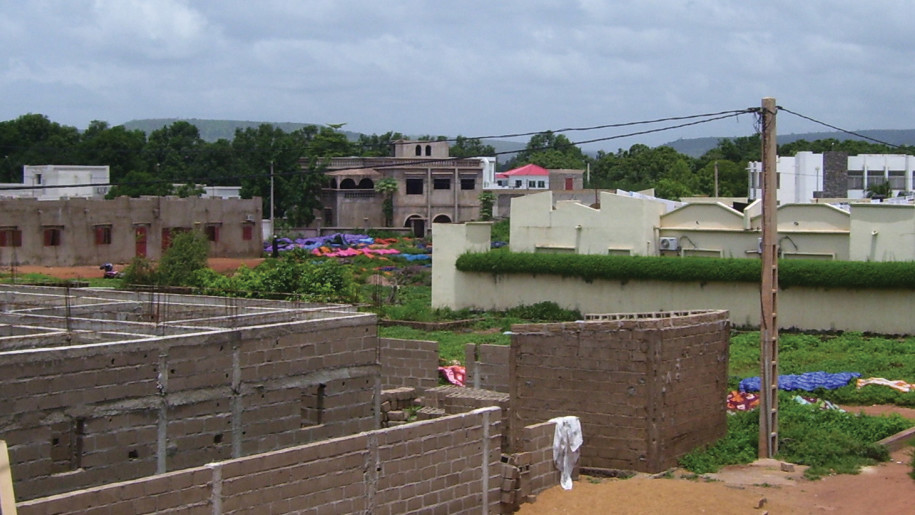 It was about 7:30 a.m., and Neil was leaving for Bamako, the capital of Mali, an easy two-hour drive from our home in Kangaba. On his agenda was some file downloading at our favorite guesthouse, which has a good Internet connection; ferreting out some motorcycle parts at the big market; and best of all, going to the post office to pick up some packages from grandparents!

As Neil drove away, I went back inside to spend some time praying and reading my Bible before the daily race began. Then a thought struck me, and I rushed to my phone and quickly called Neil. “Come back to the house. I forgot to give you the lab slip so you can get Hadassah’s culture results.”

The previous week, we had taken Hadassah to Bamako to have some skin sores looked at that weren’t responding to our natural remedies. Our favorite clinic in Bamako, Clinic Pasteur, has a wonderful pediatrician on staff. She had guessed it was a staph infection and prescribed an antibiotic. She had also ordered a culture to see if another antibiotic would be needed. Hadassah had been taking the antibiotic for six days, and her sores had started to heal nicely. But we still wanted to see the lab report. I thanked God for helping me remember it.

After giving Neil the lab slip and waving good-bye once again, I spent some time in prayer before making breakfast and proceeding with the rest of the day. Neil called several times to update me on his progress. Yes, he had made it to the clinic and gotten the lab results. Yes, he had gone to the post office and picked up two packages! Yes, he had found the motorcycle parts. Yes, he had been able to do part of the downloading. At 5 p.m. he pulled into the yard and receiving enthusiastic hugs from Hadassah and Clayton. He had even returned with a surprise: two red hens to add to our flock! What fun it was to open the packages and enjoy snacks we hadn’t gotten to eat in a while. There were also some birthday and Christmas gifts that I hid away until the proper time.

The next morning, we were eating breakfast when Diallo, our guard and water carrier, came to the door. “You shouldn’t go into Bamako for a while,” he told Neil. “We heard last night on the radio that someone just died of Ebola at Clinic Pasteur!”

Hoping it was a rumor, we went to the BBC website, and there it was: A nurse at Clinic Pasteur had died of Ebola, and the clinic was now under quarantine. Neil and I were shocked.

My mind started racing, reviewing Neil’s path through the clinic. He had gone into the laboratory area, gotten the envelope of lab results, sat down in the lobby and read them, and then left. Surely he hadn’t been in risk of exposure. Then I started thinking about the cleanliness, or lack thereof, at Clinic Pasteur. Though it was widely considered to be the best clinic in Bamako, there was some room for improvement. It didn’t have many workers, so it was conceivable that the lab worker had been in the room with the Ebola patient or had shaken hands with a nurse who had been with the patient. These thoughts and many more raced through my head.

We emailed our field director, Marc Coleman, and also AFM President Conrad Vine, and told them about our concerns. They promised to have special prayer for us at the office, and they advised us to monitor our temperatures closely for 21 days. That very evening, Clay started running a mid-grade fever, which of course prompted more worrying from me. That night I couldn’t sleep. I stayed up late reading Internet reports about the new explosion of Ebola in Mali. It was surreal to see pictures of the entrance of Clinic Pasteur on the BBC.

Finally around 11 p.m., I shut off the computer, rechecked Clayton’s temperature (which had mercifully returned to normal) and crawled under our mosquito net. Neil was sleeping, but I still couldn’t. I lay in bed and thought and prayed and thought some more. “Why, God?” I wondered. “Why did You help me remember the lab slip when Neil was leaving for Bamako? You knew there was an Ebola patient at Clinic Pasteur. Why would You allow Neil, and possibly our whole family, to come so close to danger?”

As I was thinking and praying, I felt the Spirit reminding me about when the children of Israel were led into difficult circumstances, like at Marah, where they were practically dying of thirst and found that the water was bitter. Angrily they reproached Moses for leading them into such a terrible spot, forgetting that the Lord Himself had led them there. A quote from Patriarchs and Prophets, p. 293, spoke to me: “Many look back to the Israelites, and marvel at their unbelief and murmuring, feeling that they themselves would not have been so ungrateful; but when their faith is tested, even by little trials, they manifest no more faith and patience than did ancient Israel. When brought into strait places, they murmur at the process by which God has chosen to purify them.”

I felt convicted as I realized how I had been murmuring and complaining. With God’s help, I wanted to give this difficulty to Him and not worry about it anymore. So I prayed and committed it all to Him, and I was finally able to sleep. The next morning, I shared with Neil what God had showed me, and we prayed about the situation together. It was so good to be able to give it all to God!

We diligently kept track of our temperatures for the next three weeks, and now we praise God that we are free and clear! Thankfully, though there have been some cases of Ebola in Mali, so far it hasn’t reached epidemic proportions. I don’t know what will happen in the future, but I do know God is in control, and He is always giving me more chances to learn to trust Him more.

Thanks so much for your prayers and sacrificial gifts for us and for our project here among the Malinke people. Please continue to keep them and us in your prayers.

Amen to this. i will keep you and your family in my prayers. WHERE GOD GUIDES HE PROVIDES.

We may not see it right away but He has a purpose for it all thru it. This post has inspired me … brought tears to my eyes.

God has used this to confirm something in my own life.