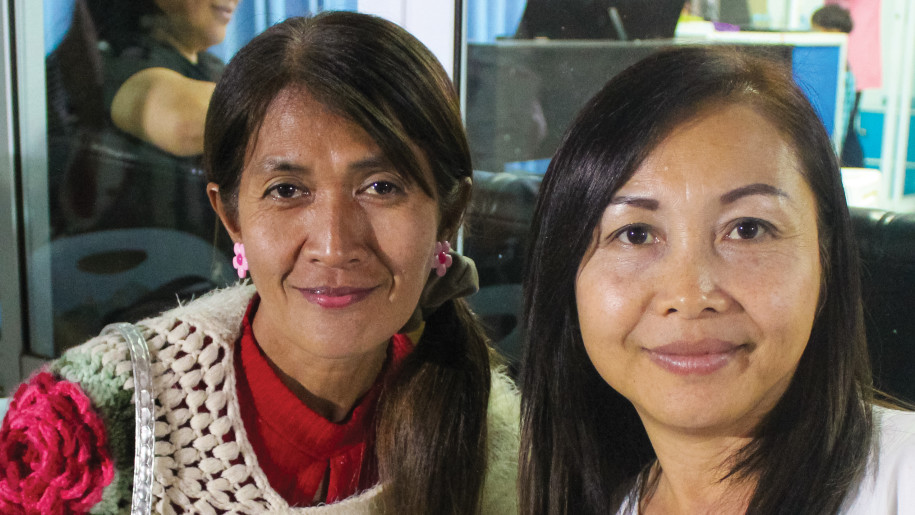 We first met Kat when she and her husband showed up at our music school one afternoon almost four years ago. She was quiet, reserved and very polite. Her husband, a musician, did most of the talking. They had heard about our school after attending our Christmas concert at a local market. A few weeks later, I invited them to a music recital, and then to church. All of the people were warm and friendly to her. Although Kat was not a Christian, she told us that she really enjoyed the atmosphere at our church. She continued attending faithfully for the next couple of years, got involved in a small group Bible study and expressed a desire to be baptized! We were all excited to see the Spirit moving in Kat’s life, but then the enemy began to attack.

First, Kat was diagnosed with a mild form of tuberculosis. Worried about spreading germs, she stopped attending church for a few weeks. We called her and visited her, urging her to come back, and eventually she did.

Not long after returning, she was hit by a personal financial crisis. Discouraged by her misfortune, she couldn’t understand why God would allow these things to happen to her as she was trying to follow Him. Eventually, she concluded that Christianity wasn’t for her, so she went back to Buddhism. Instead of reading her Bible and praying each morning, she bought a large statue of Buddha, burned incense and prayed to it. Again we reached out to her, but this time she showed no interest in coming back to church. However, she continued to accompany Khun Yay, an elderly church member, on her monthly hospital visits as a way to give back to our church for the ways she had been blessed during her time with us. Buddhists feel a strong sense of obligation to give back to people or institutions that have benefitted them. This is a way of earning merit. We continued to pray for Kat, but I didn’t have much hope that she would come back to God. Thankfully, He didn’t give up on her.

In September, upon returning to Thailand after a four-month furlough in the States, we were elated to learn that Kat had started coming to church again! She told my wife, “God tugged on my heart to come back.” Our local Thai pastor and I started studying the Bible with Kat last week. She has expressed an interest in learning more and preparing for baptism. She wants to start fresh with God.

As more trials inevitably come, please pray that Kat will stand firm and that we will have wisdom to know how to help her solidify her commitment to God.