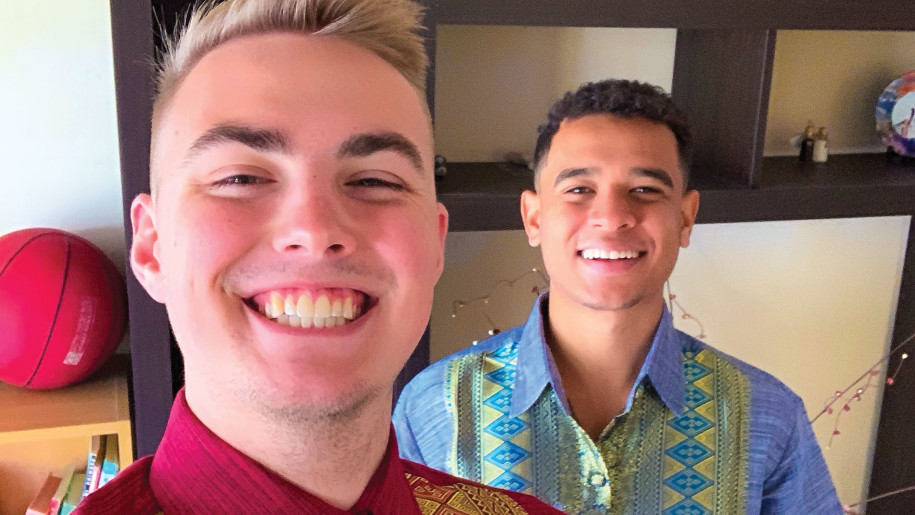 My grandparents were missionaries and used to tell my brother and me captivating stories of their time in Africa. Now I am serving as an AFM student missionary in Thailand. I teach violin, music theory and English in two schools. My experience here isn’t much like my grandparents’ stories. I haven’t yet witnessed anyone being delivered from demons or miraculously healed from a deadly disease, but God is certainly at work here, too.

When I first arrived in Thailand, I had no idea what to expect. I had gone on mission trips with my grandparents and in high school, preaching or building a church, but my service in Thailand was going to be for a whole year, not two or three weeks. I had no idea what to expect. How would God use this college student/music teacher to share His love? Well, I quickly learned that I wasn’t just here to teach. I also had plenty to learn about Christ from the Thai people around me.

Another thing I soon realized is that this year of student-missionary service isn’t the end. It’s just the beginning. My housemate Luccas, an AFM SM from Brazil, became my best friend in just a matter of days. When he was getting ready to return to Brazil, I asked him how he felt about going home after being away a year. “I don’t know, Bro,” he replied. “I am happy to be going back, but I know it will be hard now, too. You see, I have changed a lot during my time here in Thailand. I now realize that being a missionary isn’t a job; it is a lifestyle. The hardest part will be going home and being a missionary to my friends.” In other words, this is just the beginning.
Luccas’ words hit home for me, too. Realizing that this year of student-missionary service is just the beginning of my lifelong mission work wherever I go has been life-changing. As my friend Luccas said, it will not be easy. For me, it is easier to show Christ to people I don’t know than it is to witness to friends and family.

So pray for the missionaries—not just the ones out in different countries, but the ones all around you in your schools, your churches, your neighborhoods. Also pray that God will strengthen your witness. Wherever you are, you’re a missionary, too.