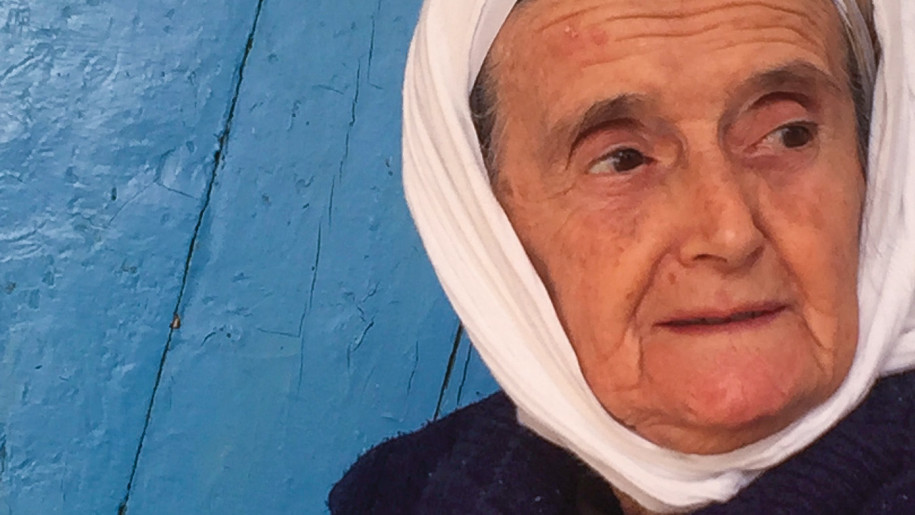 “Nexhip, it’s been years since I’ve seen you! How did you know to come visit me now?” The 93-year-old widow had been feeling lonely and unwell. “God sent you at just the right time! My head hurts, and my bones ache, but seeing your face and hearing your voice has made me feel happy. You’re like an angel! Thank you, young man! You’ve cheered up an old woman.”

Nexhip is a former Bektashi Muslim who joined another Christian denomination as a young man. He eventually pastored a small church in our area. He helped us with video translations and subtitling, and in the process he learned about the Sabbath and other truths. His heart was moved, and he became convicted to align his life with what God was showing him. Eventually, Nexhip joined our church and became a loyal assistant in our work.

The day we met the old widow, Nexhip and I had taken a ministry motorcycle to visit his home village. Many old friends, relatives and acquaintances expressed joy to see Nexhip and catch up with him. They were unusually open to hearing him tell about what God had done and was doing in his life. He plans to return soon.

The following week, I was with Dani, another church member, when he got a call that his brother had been taken to the hospital with possible heart issues. We rushed to the hospital to be with him.

As I stood in the hallway while medical tests were being run, I heard someone call my name. I turned to see the parents of a young man, Xhoni, who had been baptized a few years before but had fallen away. Xhoni had been involved with the occult when we met him and had struggled more than once with being pulled back into it by his former friends. He had tried to introduce his friends to Jesus, but instead, they drew him away. It had been a few months since we had seen Xhoni. He had cut off contact with us, and his brother was away in college. Our group had continued to pray for him.

As I approached Xhoni’s mother, I saw the worry etched on her face. Xhoni and his brother have a severe genetic blood disorder. But this time, Xhoni looked worse than I had ever seen him. His mother led me to his bed where he lay sleeping. He was deathly pale and emaciated. His lips had no color. His mother saw the concern on my face, and her eyes welled up with tears. Xhoni heard her speaking to me and opened his eyes. He recognized me and smiled weakly. I moved to his bedside and asked if I could pray for him. “Please do,” he said.

After the prayer, his mother thanked me. “How wonderful that you happened to be here at just the right time,” she said. I could see that Xhoni was falling asleep again, so I walked out into the hallway to speak with his mother. I let her know that our church members would be praying for him and asked her to let us know if there was anything we could do for him or their family. I told her I would check on him the next day.

The following Sabbath, we had a wonderful surprise. Xhoni came to worship with us again! We all praised God for putting us where He wanted us. He’s always just in time!