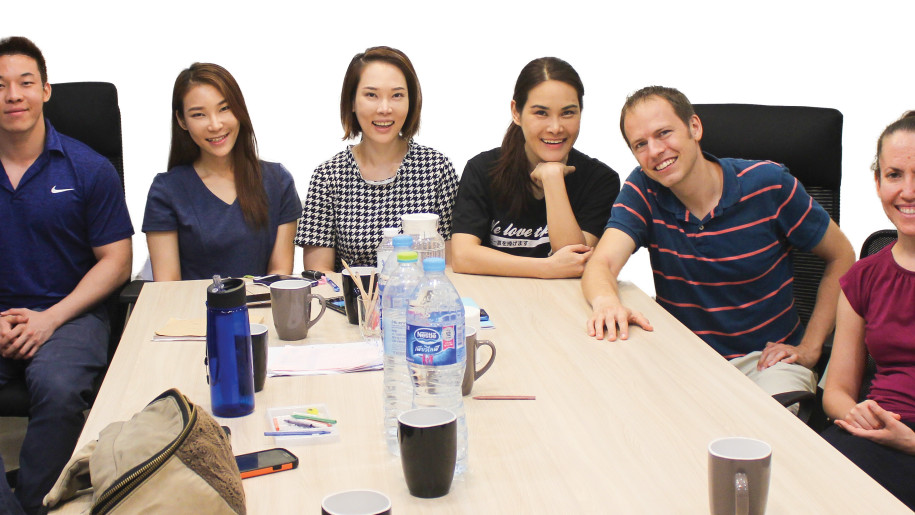 Joy became a Christian when she was about 10 years old through the influence of her older siblings and by experiencing direct answers to prayer. Although her parents were Buddhist, they wanted their children to learn English, so they sent their three oldest to study at an Adventist boarding school in Singapore in the 1990s. Through the persistence and dedication of godly teachers, the children were converted to Christianity, joined the Seventh-day Adventist Church, and went on to win their three younger siblings to the faith.

The parents were not happy about their children’s decision and even threatened to disown them if they went to church. Joy and her siblings went anyway and would often read their Bibles secretly at night under their covers.

Shortly after Joy became a Christian, her younger brother (also a new Christian) died in a car accident. The family was devastated, and the parents and family friends blamed the death on the children’s decision to become Christians. Joy remembers going with her mother to visit various seers to find out if they could prevent their dead brother’s soul from going to hell. One seer actually told them that they had arrived just a little too late, and the brother’s soul had just been released into hell. In an effort to rectify the situation, the seer held a lit candle over Joy while the hot wax dripped on her head.

Although these situations were extremely difficult, they solidified Joy’s decision by revealing the lack of compassion in her former religion and increasing her appreciation for the God she now served. Still, she struggled with the painful sense that her parents no longer loved her or felt proud of her. She would sometimes dream about what it would be like to have been born in America to Christian parents who loved and appreciated her.

The story of Joy and her siblings illustrates the difficulty and family pressure that Thai people have to deal with when they convert to Christianity. Because respect for family and the obligation to honor and obey parents are such core values, many Thais interested in Christianity choose not to convert.

Joy and her four living siblings have come a long way in their spiritual journeys, but they are still growing into all that God wants them to be. Over the past six years they have been able to interact with several AFM career and student missionaries and have talked about how tremendously this has helped them. I am currently studying the Bible with Joy and her siblings every Monday evening. We have studied the stories of Noah and Daniel and seen how God is able to work powerfully through the lives of those who are fully committed to Him, and how He uses His faithful people to win families and even the most stubborn people. Please pray that Joy and her siblings will stand firm for God’s truth, and that their loved ones will come to Him.