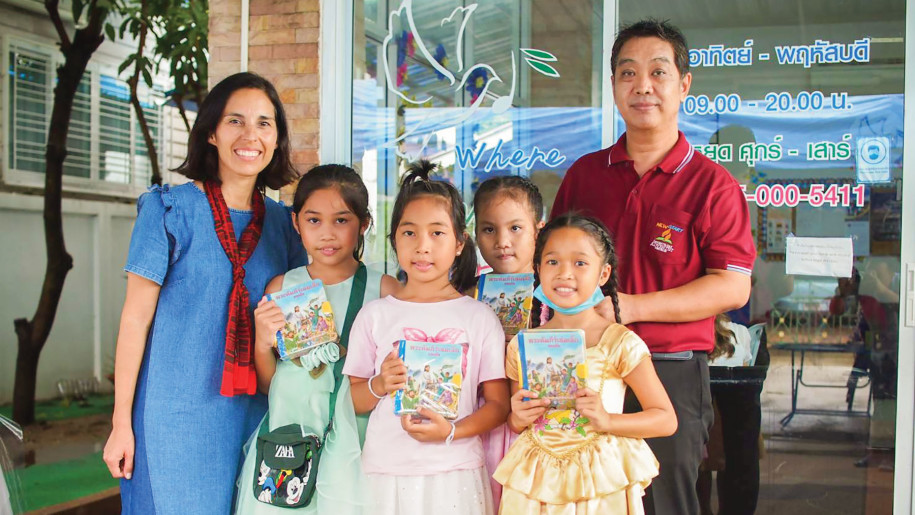 From the time that Joon stepped foot into our church more than five years ago, his spiritual and personal growth have been unstoppable. We initially met him when he brought his two daughters to enroll in our music school. Several months later, Joon asked if he could attend a worship service. After only a couple of visits, he decided to attend every Sabbath! Joon got involved right away playing music with our worship team. After about a year of coming to our church, he began to study the Bible with Chris Sorensen. A little more than a year later, he was baptized.

Not content to merely sit in a pew, Joon got actively involved in several church ministries. He helped organize and teach a Thai language class for our international members on Sabbath afternoons. Getting involved with our health team motivated him to lose weight and begin exercising. He lost more than 50 pounds in less than six months! Seeing the power of the health message in his own life, Joon helped to organize health expos in surrounding villages. He even helped one of our former student missionaries translate the book Diabetes Undone by Dr. Wes Youngberg into Thai. Joon has been a constant and steadfast worker in the church. Earlier this year, he became our head elder and is now getting excited about preaching on a semi-regular basis.

When COVID-19 reached Thailand in March, Joon’s business was hit hard, and eventually he closed it. For the first time in his life he didn’t have regular income. Also, during this time his father had a bad fall and became paralyzed. Through these challenges, Joon held onto God, focusing even more on helping others in need. Learning that the local government was going to give out food each day at a train station, he decided to help. For six weeks, Joon cooked food to give out to more than 100 people each day. Joon identified several needy families, and when the government ended the program, he continued to bring food to them each week. Other church members got involved in this ministry as well and began visiting needy families each Sabbath afternoon to bring them food, sing songs, and do activities with the children. Joon took a special interest in four of the children from one of the villages and began teaching ukulele to them and bringing them to church. Those children now come every Sabbath and have even performed special music. One Sunday morning, Joon took them door to door to sell Christian books in the community around our school.

I am amazed at what God has done in Joon’s life. I know that God has a special plan for Joon and that he is not done growing yet. Please pray for Joon as he continues to serve and grow in Christ.