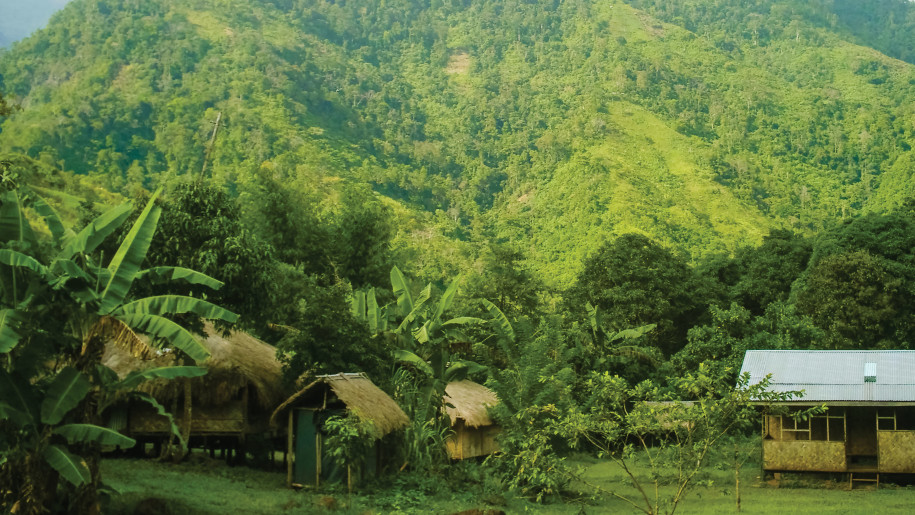 I will never forget Irlin’s gaunt face and shrunken, dull eyes the day she arrived at the clinic. She had tuberculosis. Only once before had I seen such an emaciated human being—another patient who, after eight months of tuberculosis treatments at the clinic, decided to stop receiving care and returned to her home village, where she died shortly after.

Irlin, a young woman in her mid-20s, was carried to the clinic by her father and husband in March 2021. “She looks like death warmed over,” one of the other nurses said. “She should have come several years ago when her son died of tuberculosis. She tested positive for it back then!”

It was clear that tuberculosis had been allowed to ravage Irlin’s body far too long. It had taken away every fiber of muscle and drop of fat not essential for life.

“Is there any hope for her?” I asked, remembering the similar physique and sad outcome of our other patient.

“Yes!” Justina replied. “The village medical manual says if they can sit up and walk on their own, even a short way, then there is hope!”

We immediately admitted Irlin as an inpatient. After resting awhile, amazingly, her demeanor changed. Her listless eyes became attentive. She started smiling and thanking us anytime we provided medicine or care.

It did not take long for Irlin to work her way into our hearts. Her quick smile and pleasant attitude, her eagerness to listen to our daily Bible stories, and her gentle manner made her a favorite.

After a few days, however, she took a turn for the worse. Day and night, Irlin lay in her bedsheet hung up like a hammock and moaned and groaned.

We scheduled around-the-clock medical care to keep her pain under control.

“How’s she doing?” Carrie asked later as I returned from checking Irlin.

“She’s crying from the pain,” I replied.

Carrie grimaced, then took a careful look at Irlin’s chart. “We have given everything we can give for now. Hopefully, one of the meds will kick in shortly.”
Carrie and I looked at each other, grieved at the inadequacy of our best attempts.

It was a painful few days. We did everything we knew to do, but the symptoms weren’t resolving.

One afternoon while Irlin’s husband was gone for a few hours, I sat out in the cookhouse with her. She was moaning, but not loudly, and not crying. There was nothing more I could do for her medically, but I could be with her.

God impressed me to ask Irlin if she would be interested in hearing a story. She looked at me with interest, glad for a distraction from the pain. As I started to tell the story of Jesus healing the woman with the flow of blood, Irlin stopped moaning and leaned forward to hear the story. She had not heard it before.

I shared with her how the same Jesus who healed the woman is still alive today, and we can talk with Him whenever we want. I explained all about prayer and how Irlin could speak to God whenever she wanted, and He will hear her.

That night I checked up on her and took her vital signs, hoping she would be comfortable; just a few hours earlier, she had been resting quietly. Now Irlin was moaning and groaning again. I gave her medicine but was frustrated that it had not seemed to make any difference the last four days. The heating pad was doing more good than anything else so far.

“What else can I do, Lord?” I cried out to God. “I want her so, so badly to feel better, but more than that, to know that You love and care for her.”

An idea came to me. I made a charcoal poultice and applied it all across Irlin’s stomach. I used so much that even though I wrapped it to try and prevent it from leaking all over her, it still did.

The next morning, Irlin was looking a little perkier. She seemed to be feeling better when we checked the charcoal poultice. It was now foul odored, so we figured it must have absorbed a lot of toxins. We decided to keep putting a new poultice on several times a day until it came off without a stench.

Just as we were getting hopeful that Irlin was finally pulling through, she lapsed into terrible pain once again, and this time, into depression, too. Irlin would barely lift her eyes as we entered the room. Her voice was soft as she answered questions. At this point, her vital signs started to deteriorate. Her temperature dropped, as did her blood pressure. She felt cold and could not warm up on her own. We gave her more blankets and hot packs and started her on IV fluids. Still, Irlin hovered on what seemed to be the edge of life or death.

During this awful time, I came into Irlin’s room with her afternoon meds. As she lay in the corner, I compelled her to sit up so she could swallow more easily. She did so with a bit of effort and, after swallowing the pills, sat there, staring at the bamboo floor with an expression of pain across her lovely face. I leaned over to hug Irlin, and she melted into my embrace. We sat there together and cried. I told her how much I loved her and prayed once again for Jesus to help her.

It was so hard to watch someone so sweet, genuine and kind be in so much pain. I was not aware of this at the time, but that day, the other nurses were preparing for the possibility that Irlin might die; her vital signs were that bad. They half-expected her to be dead the following day.

The next morning when I entered the room, Irlin was sitting up and smiling, not moaning. We could barely believe our eyes. We assessed her, and her vital signs were back to normal. Her blood pressure was within a good range, her temperature was warm, and her heart rate and breathing were within normal limits.
Then Irlin told us a story that moved me.

The night before, as Irlin was depressed, with intense pain and unable to get warm, she wanted to give up. In that exhausted sleep, she had a dream. Irlin said that God came to her and told her she would be warm again. At that moment, she felt a warmth come over her, her muscles relaxed, and the pain in her stomach released.

Irin stabilized enough to send her to the lowlands hospital for some more checkups.

I saw her a few months later. Irlin was strong, healthy and happy. She continues to be on her tuberculosis medication, and her features have started to fill out. Her cheeks are rosy, not gaunt, her legs and arms have a little bit of fat on them, and she is still smiling.

Oh, friends. The God we serve is compassionate and intensely involved in the lives of every human being on this planet. Won’t you join us in demonstrating that love to others?