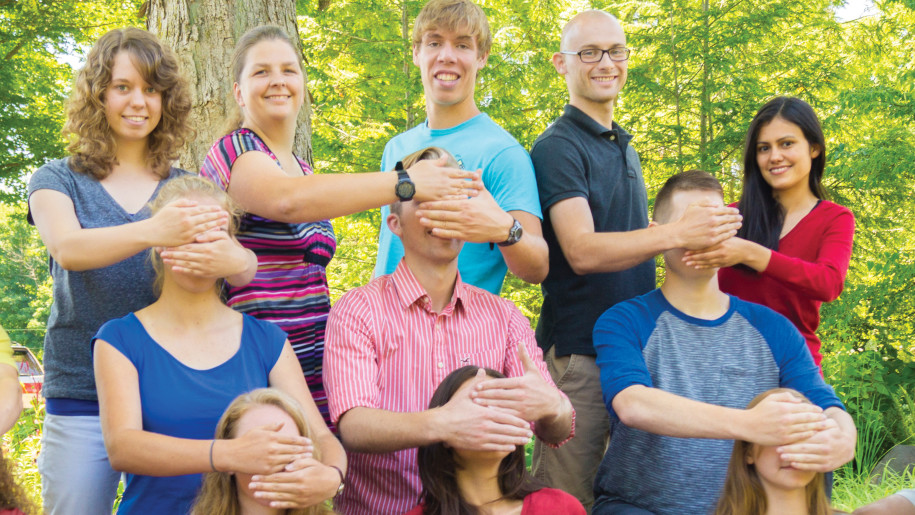 One sold his car, his iPod and everything else of any value, anticipating life-long mission service. (Another followed her call, though her family implored her not to leave them for an entire year.) Yet another, a recent convert, came to understand that being a Christian means following Jesus wherever He leads. One gave up a great career, realizing that returning to the position will likely be impossible. Each made their sacrifice for the One who surrendered His position and His closeness with His Father to come to this world as a missionary and die for them.

More than 20 young people will be serving as student missionaries (SMs) or short-term missionaries (STMs) in unreached areas with AFM this year. As they launch to their respective fields and encounter the reality of masses of people who don’t know Jesus, please pray for these student missionaries by name. (Due to the nature of their mission, some use pen names, and their faces are hidden).

Larissa Wagner, from Austria, is on her way to the jungles of Cambodia to teach ESL and reach out to villagers in practical ways. Emilie Wilson, from Canada, will work in the same village home schooling the Clay children. In another part of Cambodia, Camilyn Clayville will teach ESL to children at the Adventist elementary school at the Greenfield’s Pnong Project. She will partner with a short-term missionary from South Africa, Maryke Reynhardt, who is serving her second year there.

The Ireland team this year will include David Little who is destined for big opportunities to witness for Jesus. Alyssa Adams and Roisin Ferguson, both experienced nurses, are eager to lead out in the medical missionary work and friendship evangelism among the Irish. Reagan O’Malley looks forward to serving the Lord in the land of her ancestry.

Carrie Hann and Brenden Teal will be continuing their service in the rugged mountains of Palawan. Next year, Carrie will be transitioning to career mission service with AFM. Four young men will add fresh energy to the Palawan clinic and school: Matthias Aeschbacher, a math teacher from Switzerland whose missionary zeal was stimulated while training at ARISE/ Lightbearers, will teach high-school math. Brandon von Dorpowski, an experienced camp leader, will teach math at the elementary school. Mark Brady, another ARISE graduate, will also teach and reach out to his students and neighbors. Rob Kyle, a nurse and missionary kid, will devote his energies to serving the sick at the clinic.

The Central Thai Project in Khon Kaen, Thailand is thankful to have Tiffany Steinweg’s “musicionary” skills as she teaches violin at Peace Music Academy. Nina Sanadze is coming from New York City to homeschool the Palacios children.

On the Tai-Kadai Project, Danielle Jung and Daniel Palmer will teach ESL alongside veteran teacher of six years Adara Hadriel and three former AFM missionaries who have been hired locally to continue teaching ESL and quietly share the gospel.

Last but not least, Justin Case will serve undercover among university students in a Turkey while assisting the Smith family in their work.

Is God calling you to one of these assignments next year? Contact the AFM office or visit afmonline.org and fill out an interest form! You can also help by praying for the student missionaries and those they will meet.

Someday soon we will see the results of the ministry of these young people and your prayers, and we will unite with the saved in praise to the One who died that we might live.