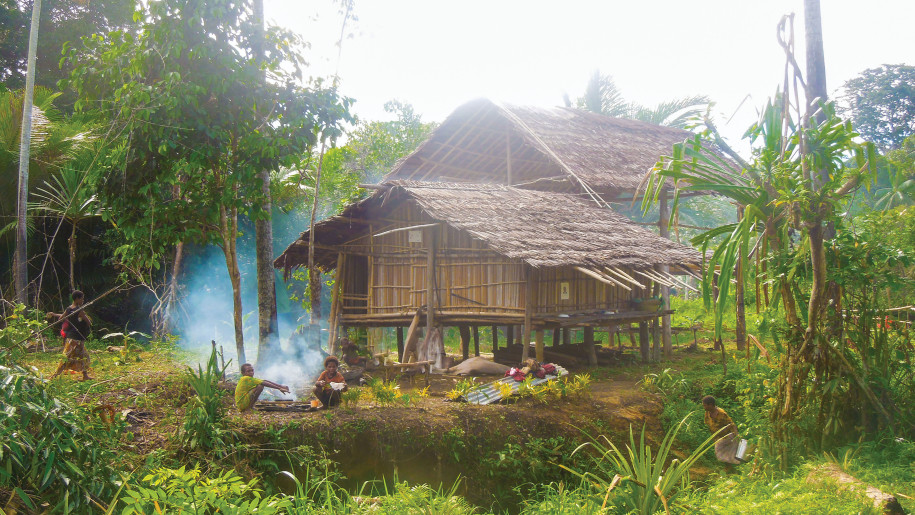 She was not an obvious fit. I doubt she would weigh a hundred pounds if she wore a ten-gallon hat and riding boots. On the other hand, the rainforest that was to be her new home was known for being rough on its inhabitants. She was sent a simple warning, “The first thing you need to buy is a big bush knife!”
A big bush knife? she thought. Really? What do I need to know about out there?

She dutifully went to the market with a mind full of questions and looked for a machete appropriate for a student missionary (SM) nurse about her size. She also picked up a supply of soap, salt, noodles, cans of beans and bags of rice. She may not make it back to town again for months—no sense going hungry.

Then came hours of bouncing around in a four-wheel drive and the moment when the SM finally climbed out of the truck to meet the people she had crossed the world to serve. In mere seconds she scanned the village, embraced the many hands reaching out to her and noted dozens of unfamiliar smells—cookfires, the swamp and even the mud.

She listened to a strange jumble of sounds as villagers carried her bags to a small hut on stilts. She was given the key. With her mind whirring, she climbed a makeshift ladder and stepped inside to discover mice and an assortment of reptiles that had not needed any key. Neither did the million tiny insects that munched on the leaves used to thatch the roof. Their droppings rained dust throughout the hut. Mosquitoes were also there—by the thousands! They carried malaria and boldly chased her into her mosquito net every night. If she was one to complain, she could have found many a reason. But she came to serve her Jesus and got up every morning with a heart filled with gratitude.

The dedicated SM treated the sick, helped birthing mothers and befriended dozens of energetic children. She learned to cook over a fire, wash in a creek and eat jungle roots. Her hands were busy at the clinic, in church and at camp meeting. She was faithful on her knees as well. After praying earnestly for the salvation of community elders at a remote mountain camp meeting, she was thrilled to hear they had discussed each day’s meetings deep into the night and finally concluded, “It must be true!”

When her year of service came to an end, the tiny SM repacked her bags and said goodbye to all her friends. She rode out of the rainforest, boarded a plane and was gone.

This mysterious student missionary recently asked me to give a special thanks to all of you who support the SM program. Although she was only there for a year, that year profoundly influenced her life. Because once she stretched her mission wings and learned to fly, she was not content to go back to the nest after that. Jesus did not call her to sit in the nest. She was to bring the gospel to the nations. The reason I cannot share her name is because she accepted that call and now works beside her Jesus as an AFM missionary in a country unfriendly toward evangelism.

Your donations to AFM’s student missionary program really do change lives. They bless the world for generations. On behalf of the nations—thank you.