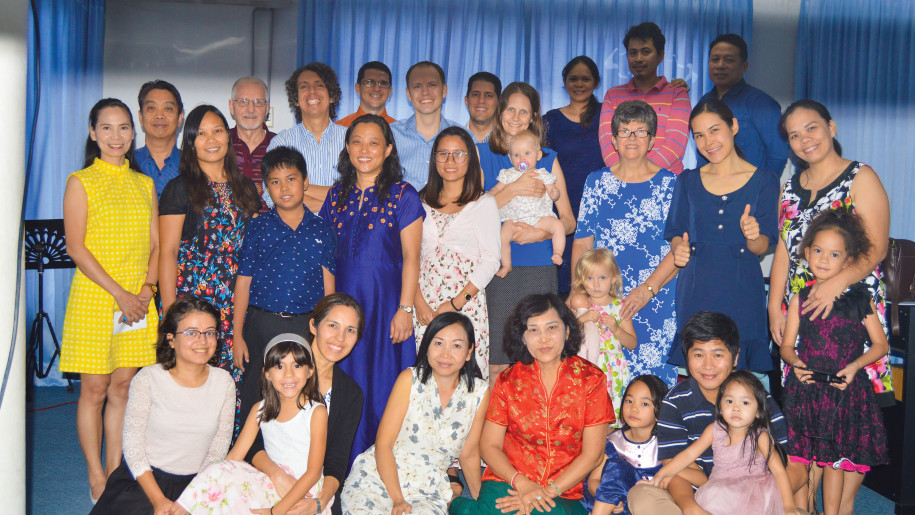 I was heartsick as I finished the call and hung up. It was Sabbath morning, and our health-outreach worker, Cherry, had called to tell me that there was a large group of people waiting to get health checks, and the village leader wanted to know where our team was. It turned out that he had gotten the day wrong. We were scheduled to do our program on Sunday, but he had told all the villagers to gather on Sabbath. He was very upset and told us not to bother coming on Sunday.

For several months we had been planning to do a 10-day health seminar with a guest speaker from Bethel Sanitarium in Korea. Our original plan was to hold the seminar at a national park two hours from Khon Kaen, but we had to switch to a weeklong evening seminar at our music school and two morning meetings at a local village. This was the first day of our seminar, and it couldn’t have gotten off to a worse start. On top of this was the fact that Cherry was in the hospital with her two-year-old daughter who had gotten sick just a couple of days earlier. Rather than getting discouraged, I reminded myself that the devil always fights hard whenever evangelistic efforts are made. I took comfort in the fact that ultimately God was in control and that He must have big plans for these meetings.

Not sure what to expect, I was delighted to see more than 30 people show up for our first evening session on Sunday night. Most of them were church members, but several guests came as well. Everyone enjoyed a healthful meal before the lecture. The lecturer, a Korean lady named Joy Cho, emphasized the fact that God, our Maker, is also our Healer. Since He is the one who created our bodies, He knows how best to care for them, and as we pay attention to the laws that He has given, we can enjoy good health. Night after night, 30 to 40 people would show up. They seemed receptive, and I could sense the Holy Spirit at work.
By the end of the week, many people decided to make positive lifestyle changes. Several of them even began making changes during the week. One of our church members, Pi Nok, told us that she had begun exercising in the morning and was enthusiastically sharing what she had been learning with the people in her village. Several people said that they wanted to adopt a vegetarian diet, and others saw marked improvement in various health problems by doing a simple fruit fast for three days, myself included!

One of the biggest blessings to come from the meetings was the response from a lady named Mee Chutdikan, the mother of four of our church members. For years, Mee Chutdikan had resisted her children’s decision to follow Jesus, and for years her children and our church members have prayed for her. In spite of her opposition, she has still been a tremendous blessing to our church as she faithfully prepares healthful vegetarian food and brings it to our church every Sabbath afternoon. Recently she was wrongfully accused in a lawsuit that could have sent her to jail. Thankfully, the judge ruled in her favor just a week before our health meetings, which freed her up to attend. On the last evening of the meetings, Mee Chutdikan indicated on her decision card that she wanted to accept Jesus Christ into her life!

We praise God for how He is moving in the hearts of church members and community friends. However, we know that the devil will continue to contest every inch of progress. Please keep these people in your prayers, especially Mee Chutdikan as she contemplates forsaking all the other gods she has worshiped her whole life and giving her loyalty solely to Jesus Christ.