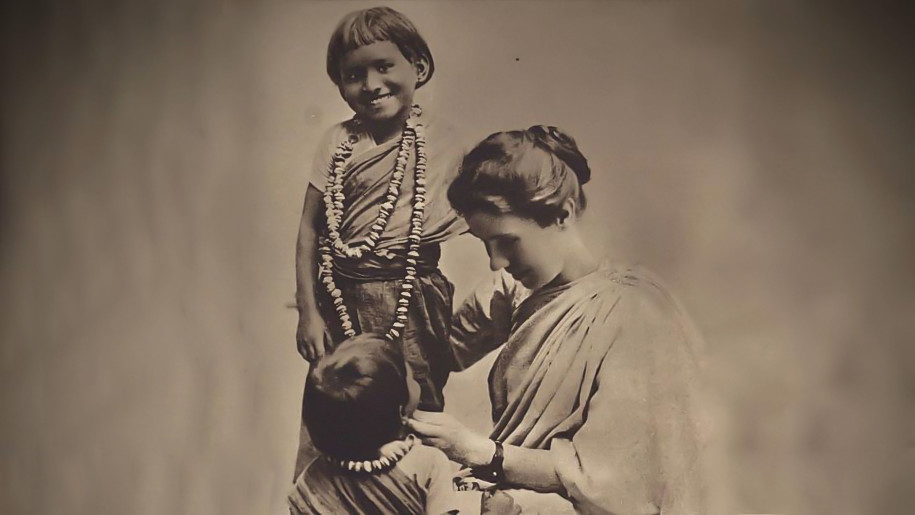 The life of Amy Carmichael (1867-1951) illustrates this for us. She began her gift of ministry when only a teenager, providing Bible instruction to girls working in the mills. When hundreds responded to her care, she dreamed of a place big enough to serve them all. That’s when she saw the ad for a building big enough to fit 500. She shared her dream and two donors stepped forward. By the time Amy was twenty, her dream had given birth to Welcome Hall.

That same year, Amy listened to Hudson Taylor speak about needs in the mission field. A new desire was born, and seven years later, she was on a ship bound for Japan. But Amy had struggled with her health for much of her young life, and a little more than a year later, she was on another ship heading back home to heal. Once recovered, she wanted to return to the mission field, but not everybody thought that was a good idea. What if she got sick again?

Amy believed that if God gave her a desire, it must be for a reason. Therefore, if she accepted it, she should be able to trust God to fulfill that desire in her life. Her idea of the kind of desires God would give her were not those of wealth and romance but of mission, and she once stated that “missionary service is simply a chance to die.” She was not afraid of death, but while she waited her turn, she wanted to make sure the desire God had given to her was being fulfilled. She trusted God, and before long, she was once again bound for the mission field — never again to return.
Amy is well known for her half-century of ministry in India, rescuing child sex slaves, caring for orphans, faith-ministry, and leading hundreds to their Savior. She also inspired a new generation of missionaries — many of whom work with AFM — and she continues to inspire through her books. But as we recognize the huge blessing that Amy has been in our world, we also need to recognize the many others who accepted the desires God gave them — those who did not go with Amy to India, but paid her ship passage, financed her orphanages and schools, and supported those who went there. Amy’s ministry required a whole team.

As God looks out at the world we live in, He continues to plan, then places strategic desires in each of our hearts. As we accept these desires, we shouldn’t be surprised if we feel a little more generous or suddenly placed on a team; it has always been that way. Besides, there is a great work to do!