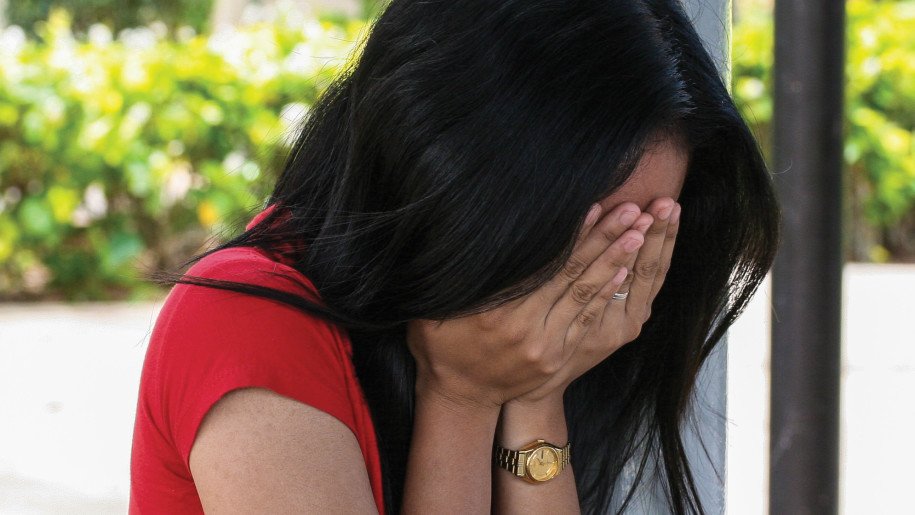 “I need help,” an unfamiliar quivering voice said to me over the phone. “My life is a mess, and no one can take my neediness.” She broke into sobs. “Several people gave me your name. You were the only person they knew who had enough patience to put up with me. My name is Lynn. Will you help me? I only have one stipulation: you cannot talk about Jesus. I am a Jew.” My first thought was to say, “Sorry! He is part of the package.” But the Holy Spirit whispered, Pray before giving her an answer. “I’ll need to pray about this,” I said. “Tell me a bit more of your story.”

After we hung up, I was pretty sure I did not want to become involved with Lynn. However, God had other ideas. As I sought His guidance, He reminded me of the research I had been doing on all the names of God and references to Jesus in the Old Testament. I realized that I might not be able to use the name Jesus, but I could use all the Old Testament references to Him. I distinctly heard God telling me to love Lynn unconditionally and to get my hands dirty.

It didn’t take long to realize that my decision to help her placed me in direct opposition to the demonic forces that surrounded her. I encountered the great controversy on a level that far exceeded my previous experience. Prayer was my constant companion as the battle raged for Lynn’s soul.

As I became involved in Lynn’s life, God equipped me in ways I had never dreamed possible and gave me experiences that would prepare me for future engagements. Ephesians 6 and Psalm 107 sustained me countless times as the bone-chilling presence of evil threatened to drag Lynn under. She and her husband had attended seminars on mind control (I didn’t even know there were such things!) and had reached advanced degrees in its mastery. Her husband even successfully used these techniques in a courtroom.

But the alliance with dark spirits had taken its toll, and now Lynn was barely functioning. Not only was she in physical pain from fibromyalgia, she was also in deep depression and emotional anguish over the sexual abuse their two lovely children had suffered from their older step brothers. Her husband denied the abuse and quickly moved to protect his older children, abandoning Lynn and the younger children. Through lies and manipulation, he covered the town with stories of Lynn’s craziness. Eventually she became that “crazy” woman. She had once been a beautiful, articulate and highly productive woman. But when I met her, she was hunched over, her face was haggard and deeply lined, and her confidence was broken. As I walked into her home, I saw mounds of molding dirty dishes covering the counters and tables. Dirty clothes and toys were piled several layers deep around the once beautiful mansion that had been their dream home. Ferrets and other animals roamed free, and excrement was everywhere. It was a dismal picture. As months passed, all my love, listening, cleaning and cooking seemed to be swallowed up in the dark, deep abyss of her need.

The struggle for Lynn’s soul reached a head when my family and I went on a weekend trip. Within ten minutes of our return, Lynn called me, belligerent. “Why did you put that message on your answering machine?” she demanded. Before leaving on the trip, I had felt impressed to record a passage I had come to love, Deut. 30:19: “I call heaven and earth as witnesses today against you, that I have set before you life and death, blessing and cursing; therefore choose life, that both you and your descendants may live.”
“Lynn,” I asked gently, “what’s wrong?”

She lashed out. “I had everything ready to kill myself. I was calling to leave a last message on your answering machine.” She spit out the next words, “And then I heard THAT!” There was angry silence, then sobbing. Finally, she continued. “I just couldn’t do it after I heard your voice, pleading with me to choose life.”

In awe of what God had just done for Lynn, I said quietly, “Lynn, God intervened to save your life. You are His precious daughter, and He wants you for His own.”

That was the turning point in her learning to trust God. And I learned that God does whatever it takes to bring salvation to His children. Hallelujah!

Whether we want to admit it or not, all of us are engaged in spiritual warfare. Every day, Satan fights for your allegiance. While he is a master at studying us and creating opportunities for us to fall, he is not our Creator. So take heart; God will fight for you. And He will fight for the unreached of this world.

Time is short! If you know Jesus, share your testimony with others. Dare to mentor hurt and broken souls. Support missionaries who are daily doing battle in adverse conditions. Support them with your prayers and your resources. Go if you can. If you have not done so, partner with AFM. Your gifts to the AFM GO Fund make it possible for missionaries to go. We follow Christ even into the messy lives of the unreached. Your involvement makes a difference. This year, more than any other, beachheads have been made in establishing church-planting movements. Read our stories, and then write your own story!