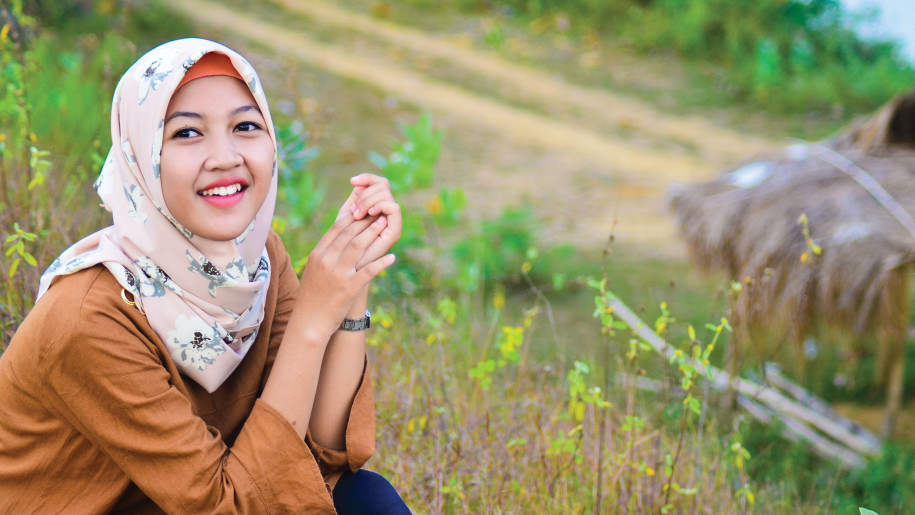 One of my grandmas told us to take a family picture for her to remember us since we were going to live with Muslims. She does not like Muslims and was sure she would never see us again.

She does not know Jesus. He so loved the world — Muslims included. Are you willing to be a friend to Muslims? Would you know where to start sharing your faith?

Getting from zero to confidence is not as hard as you might think. You do not need a master’s degree in apologetics. In fact, the highly recommended 2018 book Defying Jihad1 is about a teenage girl who stood up to one month of nightly debate against Muslim leaders, having only ever met one Christian in her life. The Holy Spirit gave her words and confidence.

I would like to offer a few tips and resources.

First, if you have any bitterness toward Muslims due to events like 9/11, let it go. Bitterness is like taking poison and hoping the other person dies.2
People who commit atrocities are not your enemy. They are victims in the hands of your enemy. We have to let Christ love them through us the same way He loved those crucifying Him; that is the gospel. If you want to hurt your real enemy, which is Satan, what should you do? Share the Gospel! For everyone who decides to live for Christ, there is rejoicing in heaven and mourning in the courts of Satan. Satan is using a false religion to bring them to hell. He is the enemy of all.

By the way, the Great River People are Muslims. In the evenings, after we share a meal in their homes, they open up to us about their bewilderment with Muslim terrorism. They condemn and hate terrorism as much as we do

Second, pray for opportunity and start preparing. A simple internet search like “common Muslim objections to Christianity” brings a flood of good information. On YouTube, there are thousands of testimonies of Muslims who became Christian. Thousands. A channel called 100 Huntley Street has at least a dozen first-hand accounts under a playlist called Christian testimonies. As you listen to each story, you will find a pattern. Each Muslim struggled with and overcame only a handful of the same difficulties other Muslims have in changing their thinking from Muslim to Christian. This changing of thinking leads us to tip number three.

Three: Familiarize yourself with the basic Muslim objections to Christianity:

1. Jesus is not God. This point is probably one of the clearest in the Quran. It is repeated throughout the texts. Invite your Muslim friends to read the passages of Scripture referencing the Godhead and let the Bible speak for itself. Pray for them. Pray that they will see Jesus in a dream. Just as Peter recognized Jesus as the Christ by the revelation of the Holy Spirit and not by flesh and blood, so, too, they need revelation by God.

2. Reading the Bible is sinful. Muslims believe the Bible was God’s word at one time but had been corrupted. Put the burden of proof on them. Ask, “If the Bible was changed, who did it, where and when?” If the change was before Muhammad’s time, why did Gabriel tell him to ask the people who had been reading the Book before him if he had any doubts? If the changes came after Muhammad (570-632 AD), there were certainly millions of copies of the Old Testament and New Testament scriptures in every corner of the globe by then. It would have been impossible to gather them all, destroy them, and disseminate a corrupted version. If the Christians tried to do something like that, the Jews would have protected God’s word. If the Christians changed it, the Jews would have cried, “Foul!”

A little knowledge about the oldest Bible manuscripts and evidence such as the Dead Sea scrolls will help a lot. Word for word, just as we have it now, the entirety of the Book of Isaiah was buried in a cave 200 years before the birth of Christ and discovered in 1946. Isaiah is called the Prince of Prophets because his book contains the most well-known messianic prophecies of the Old Testament, such as “Behold the virgin shall conceive,” or “pierced for our transgressions,” and many more.

3. No Savior. In Islam, there is no sin against God leading to death that requires a savior. There are only good deeds and bad deeds. Angels record deeds and report to Allah at your death. If your good deeds outweigh your bad deeds, he will send you to heaven. If not, you will be tortured in hell, where after enough punishment, you may eventually get to heaven. There is no savior. Jesus says in John 10 that He will lay down His life for His flock. You could ask a Muslim, “Why would Jesus say such a thing?” Then invite them to study the meaning of sacrifice from the Bible with you. Upfront, say, “I am not here to force you to be a Christian. Relax. Let us learn about each other’s faith.”

A genuine conversation may unfold back and forth over many months or years like a game of tennis. Make sure your relationship with them is strong enough to weather tough questions. It is cataclysmic to a Muslim’s most deeply ingrained values to become a Christian. The more you study the Quran and the Bible, the more they will diverge. In fact, the differences are so significant that argument alone fails. It will take love.

4. Love. Let them see how you treat others. There have been hate crimes against Muslims in America. Many have lived decades and have never been invited home, befriended or even greeted by Christians. Islam is ritualistic and full of fear. The person you want to look for is the one who is saying:

“I look around at the world, and I look at my life; where is God in all the suffering, anger and hopelessness? I follow all these Islamic rituals, faithfully pray and study the Quran, but where is the change in my life? Where is hope? Where is peace and joy in my family? Where is that relationship with God and with others?”

The good news of the gospel is that sinful people can be changed and live Christ’s life. Does Christ live in you? Share with them the relationship you have with Him.

And in the spirit of Christian love, do not be tempted to say anything negative about Muhammad or Islam. The confrontational approach never helps. I am grateful to report that in two years of study with Soty, I have never done so and have found the beauty of Jesus sufficient.

The questions and struggles of the Muslims who share testimonies on YouTube are the same our Great River People will experience. I am looking for volunteers willing to type up some of these testimonies to translate them and then provide a voice-over to share with our people. Please email me at Joshstephlewis@gmail.com to get involved.

For the next step, NAMB.net has a series of beautiful and short articles on reaching Muslims under Resources > Apologetics > World religions.

Oh, and thank you for your prayers for our nurse Soty and his wife Vahiroh. He has been a Christian for some time, and the process I just described above came by learning from him. At the same time, Vahiroh has been friendly to us but holding dearly to her Muslim roots. She is the one who originally invited Soty to become a Muslim. The following is part of a message she sent Stephanie this week, and we know it is a direct answer to your prayers.

“I don’t know why my husband loves you all the way he does. Until now, I have contradicted everything he has been telling me [about Christians and their faith]. But he kept trying to teach me. Never once, even for a day, did he not talk about you all [missionaries] to me. Now I understand the love he has been teaching me. I told him I wanted to follow his lead now. His heart was happier than I had ever seen before. Thank you for praying.”

The actual message is pictured here:

If only my grandma knew that my job is to turn her enemies into her friends! If you are not sharing Christ’s love with Muslims for whatever reason, you have submitted to the spirit of Islam because the spirit of Islam is fear. Pray, God, please set me free! These feelings do not agree with your heart. You died for them. If I love you, I want to have your heart. I want to be an instrument in your hand.