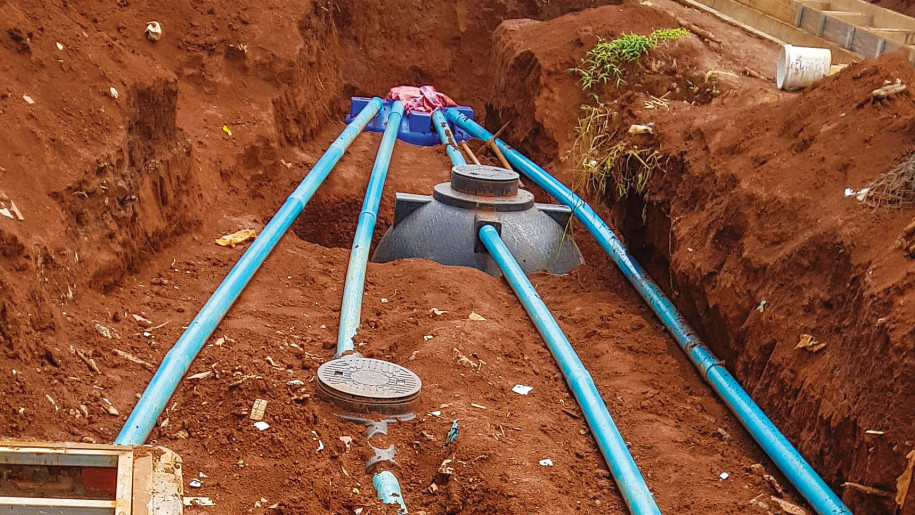 There are times when you find yourself in the heat of battle and simply have to trust that God is in control and will work things out.

It was Friday afternoon, and I had Autumn and Alex while Cara was away with Andrew for a few days. After I finished up my duties at the school in preparation for Sabbath, we went home for lunch. I was looking forward to supper at the Nicholaides’ home where I always get a square meal.

After lunch, I encouraged Autumn to focus on completing some overdue schoolwork as I messaged our builder about the septic system at the school. We are adding some septic tanks, and the builder is trying to correct some of our existing septic tanks that are misplaced. Soon I realized that I would have to put Autumn’s studies on hold so we could return to the school to help get things straightened out.

The builder agreed to meet me at the school at 1 p.m. When 1:30 came and he still hadn’t showed up, I called him. He told me it was raining, and he wouldn’t be coming. This only added to the frustration I was already feeling about the septic-system fiasco. Someone had changed the plans for the placement of the tanks when I wasn’t on site, and then they had claimed that I had approved the change.

At 4 p.m. I was able to meet with the builder, and we had a productive talk about how to remedy the problem of the misplaced tanks. As we parted, I looked at my watch and realized it was only a few minutes until sundown worship.

The children and I had just enough time to run home, pick up a Bible and get to worship. I was ever so thankful when the Sabbath hours were finally upon us, and I could relax and enjoy the time God made especially for us to spend with Him. Dinner at the Nicholaides’ was delicious, and the conversation was edifying and relaxing.

Later that evening as I was getting ready for bed, I thought back over my difficult day. I realized that all my frustration and frantic activity hadn’t helped at all. Feeling convicted, I gave everything up to God and invited Him to work it out for His glory. Before going to bed, I turned off the alarm on my phone. I was in need of some extra sleep, which God provided.

Sabbath morning, I woke up feeling refreshed and praising my God who gives me strength for each new day.