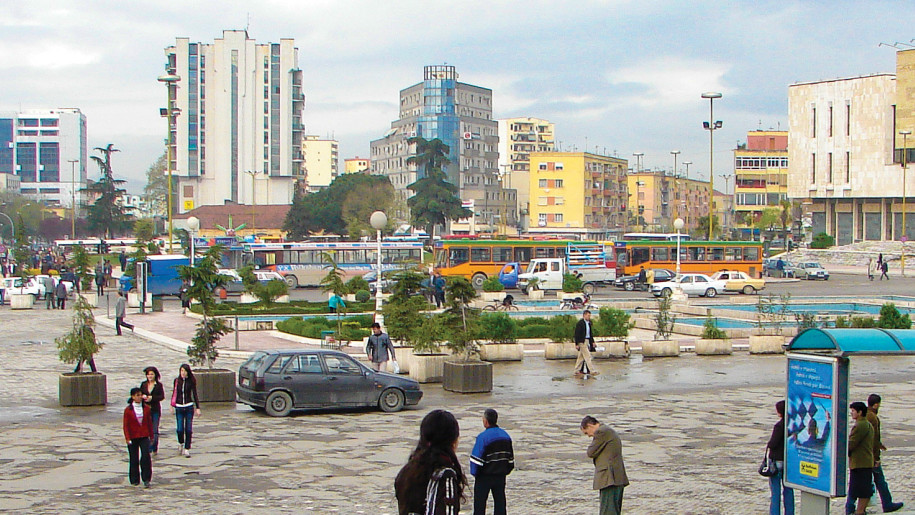 I was making my rounds of the neighborhood gathering places, including the cafés that are so central in most Albanian men’s daily lives. The owner of one particular café has become a friend of mine, along with several of the regular patrons.

As soon as I stuck my head inside the café, the owner of the pharmacy across the street greeted me warmly, as usual. I was pleasantly surprised to also see a young couple, Ludi and Marijam, there with their baby. They were the daughter and son-in-law of my good friend Rama. I rarely saw them here, and it had been several months since I had spoken with them. They invited me to join them at their table. The sweltering heat was normal for this time of the year, so I ordered a cold bottle of water and pulled up a chair.

After the traditional greetings and asking about each other’s family members, Marijam thanked me again for the help and support Brenda gave her soon after the birth. She’d had problems breastfeeding her newborn and hadn’t known where to turn. Brenda had called our daughter, who is a lactation educator, and together they were able to help her succeed. Brenda had continued to visit with her to give her some motherly support. Marijam’s own mother had committed suicide years ago, and she needed some nurturing.

It wasn’t long before world events became the focus of our conversation. The news had been especially bad in recent days, and Marijam was visibly distressed. “What is going on in this world?” she said. “I’m frightened, especially for my children. It seems like the whole world is going insane. People are so filled with anger, fear and hatred.”

Ludi shook his head sorrowfully and agreed that anxiety and unrest seemed to be building across the globe. He couldn’t remember it ever being more widespread. “The inhumanity is what concerns me most.”

After a few more minutes of listening, I asked them if they ever thought about what it all meant. They glanced at each other before answering. It seemed that they had discussed this privately. “I know it sounds, well, paranoid or something . . .” Marijam lowered her voice before nervously continuing. “We think that maybe the end of the world is near.”

I paused and prayed silently for the right words. “Did you know there are prophecies that point to the very things that are happening in the world today?” I asked. They were intrigued, and we spent almost an hour discussing Bible prophecy. Before I could invite them to study the Bible with us, Marijam asked if Brenda and I could show them where to find these prophecies in the Bible. They wanted to know more. I invited them to come to our home regularly for Bible study, and they eagerly agreed and thanked me profusely.

Will you pray right now for God to teach this precious couple through His Word and to lead them to His comfort and peace?