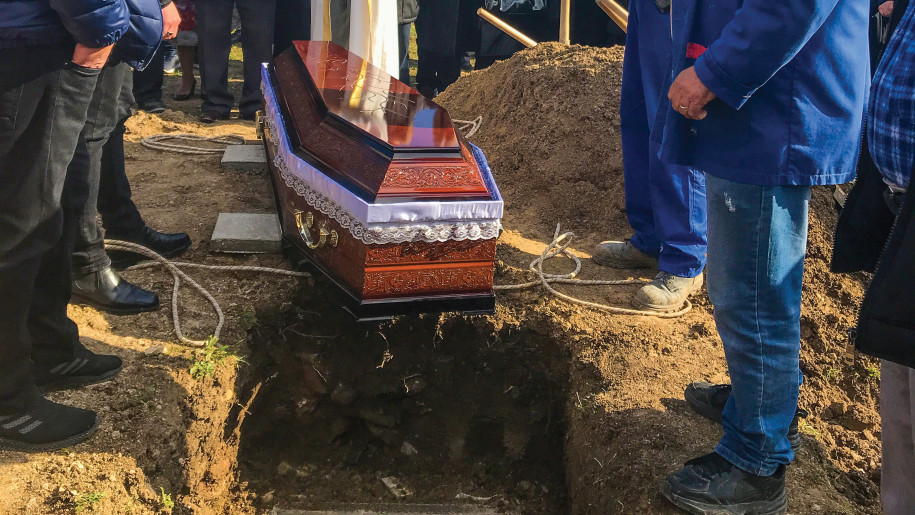 As we walked up the cobblestone path toward the home of our Albanian “mother” and her son’s family, the sound of weeping became more distinct.

For as long as we had known her, Fatima had found joy in the simple things in life. Always ready with a warm greeting and always kissing our cheeks twice as much as anyone else, she was the heart of her household and of her neighborhood.

She fully accepted Jesus as her Lord and Savior while on her deathbed but still identified, in many ways, with the faith community of her heritage. Fatima’s final requests for her funeral were very unusual. She wanted to honor her loving husband’s memory as a religious teacher, but she also wanted to make it clear that she loved and trusted in Jesus. As we approached her home on the day of her funeral, we didn’t know what to expect. We sent up silent prayers.

I thought back to the funeral of Fatima’s husband many years ago. The scene was so similar to this moment. But that was before her family was introduced to Jesus through the Bible. So many things had changed since that day, both in their lives and in ours.

And then, Dani quieted everyone and asked Sean to have a prayer. Other than Dani and his family of four, we were the only Adventists or even Christians in the room. The astonishment was palpable. Even we were surprised at this request. After the prayer, we began to say our goodbyes one by one. A leader in the other faith community entered the room and also prayed. We found out later that one of Fatima’s sons had arranged for him to pray and perform certain religious traditions.

The casket was carried out and put into the hearse waiting outside. The religious leader asked everyone to move back, as it was the tradition for him to walk behind the hearse as it slowly made its way down the road. Sean remained beside him and simply said, “I’m her pastor.” The man in the white robe moved aside, and both of them walked side by side behind the hearse. Behind them and around them, the astonished whispers were impossible to ignore.

About 300 people attended the funeral. We have heard that it was the talk of the town because of Fatima’s testimony about Jesus in her last weeks and because of her unusual funeral. Please join us in praying that many will give their lives to Jesus as a result of Fatima’s decision.