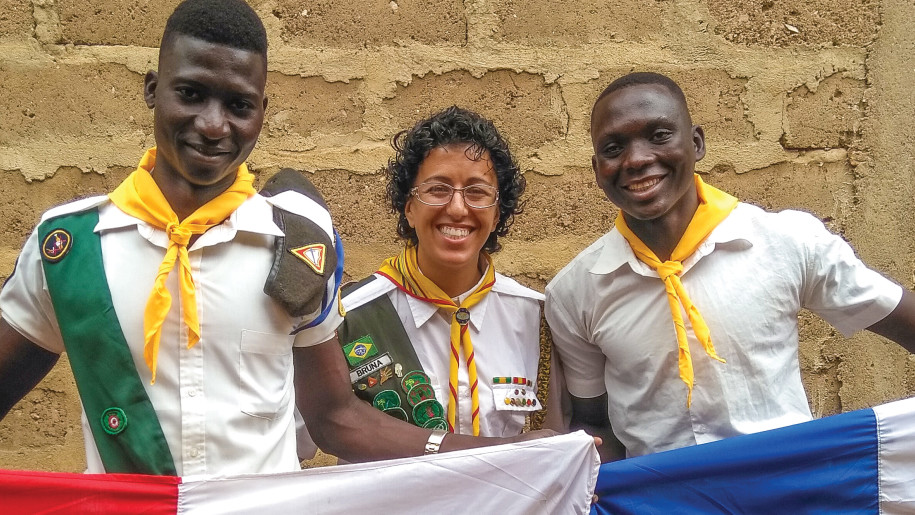 Evariste started coming to church as a 12-year-old boy in 2008. At the time, he was living with his aunt, and he and his cousins would regularly come to Suzy’s house and to church. He participated in Pathfinders and even attended my baptismal class for a while. But then he had to go to the village to help in the fields during summer vacation. When he came back at the beginning of the school year, he moved in with another uncle who wouldn’t allow him to go to church. After that, he kind of disappeared for a couple of years. When he got older, his uncle gave him more freedom, and he began coming to church again when he didn’t have classes.

About three years ago, God put Evariste in the same class as Daniel, one of the young men from our neighborhood who often hang out at our house. As they became best buddies and spent a lot of time together, Evariste also became a daily visitor at our house, even more so when his uncle moved into our neighborhood. Evariste regularly attended our Friday-night story time. When there was a special week-of-prayer program at the church that he couldn’t attend because of the distance and because he didn’t get out of school until 7 p.m., we repeated the program at our house for him and another student who was living with us at the time.

Evariste’s relationship with Christ deepened, and his faith grew. He stopped going to school on Sabbaths and became more and more involved in church activities. In March 2016, he was baptized. When our STM Bruna joined our project in February 2017 and focused on Pathfinders, Evariste eagerly participated in all the meetings, learning as much as he could. We already had observed that he was very good with children, and although he was still young and lacked maturity, he showed leadership qualities. So Bruna started investing time in developing these qualities. As often as Evariste’s schedule would allow, they got together, and she would teach him. Slowly but surely, she would give him more responsibilities, and he grew with his experiences. Today he is the Pathfinder director of our church as well as the assistant director for children’s ministries. He is getting ready to take over when Bruna leaves in a few weeks. He still has a lot to learn and still makes mistakes, but his heart is in the right place. Please pray for Evariste as Bruna hands the baton of leadership over to him.
For me, Evariste is evidence that it is always worth investing in young people. Even if at some point they take a different road, and you lose sight of them, God never does, and He brings back His precious children.