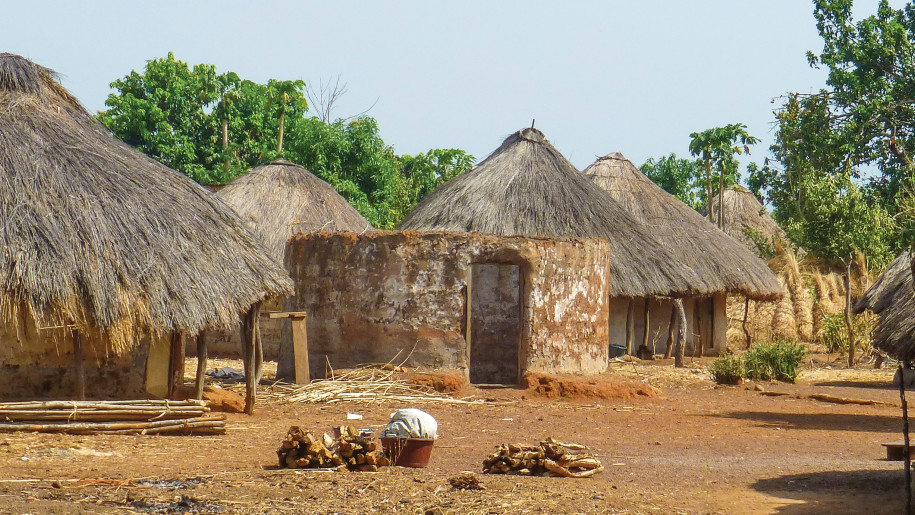 Early one Sunday morning at about 5 a.m., my cell phone rang. I ignored it and put my pillow over my head to block the annoyance. The ringing stopped. Then, about 30 seconds later, it rang again. With my head still under the pillow, I pushed the phone into a drawer and closed it. It kept on ringing. Groggily, I reached for the phone to see who was calling, but it slipped from my hand and dropped on the floor. The phone continued to ring as I groped along the floor in the darkness. At last I was able to retrieve it.

“Hello! This is Dr. François,” said the caller in perfect French. “I am sorry to wake you up, but this is very important. Listen to me, Fred. I want you to be very careful. You should limit your activities and avoid any gatherings of people.”

“What is going on, Doctor?” I asked, now fully awake and alarmed.

“We have just received our first Ebola case in Fria. The lady just died. I am taking this opportunity to inform all my clients, friends and family to be very careful. Take every preventive measure possible, and do not let your children move around and play with other kids in your neighborhood. This lady just came back from Kindia where her two sons died of the disease. She has been sick at home for two weeks.”

As I thanked Dr. François for the alert and hung up the phone, dread of the destructive effects of this terrible disease filled my mind. I turned to my wife who was still asleep. “It is finally here,” I said.

“Who is here?” she mumbled.

“I don’t know. First I think we should pray and ask God to protect this city and give us wisdom and direction.”

After our morning devotions, I tuned in to our local radio station, “Voice of Fria.” The announcer confirmed that the first case of Ebola had officially arrived in Fria. Then the local director of public health talked about what to do to prevent the spread of the disease. “Stop shaking hands,” he said, “and wash your hands with chlorine bleach. Every private clinic in the city is closed until further notice. Sick people should be taken either to the government hospital or the factory hospital. Report to your neighborhood chief if any visitor comes from out of town. Only the local Red Cross may bury the dead.” He ended his talk by listing symptoms of the disease.

These preventive measures were hard for local people to accept. Shaking hands in greetings and burying dead loved ones are deeply engrained in the fabric of society. Fria is a very social city. Everyone is related to everyone somehow. People flock to weddings, naming ceremonies and funerals, where they touch and caress the dead body. In this setting, Ebola had the potential to spread like wildfire.

I called an emergency team meeting and relayed the news. We prayed together and advised each other.

On the following Monday, I called our AFM field director. AFM immediately had a special prayer meeting for us and prepared an evacuation plan. Tough questions flooded my mind. The first was, where could we go? Three of Guinea’s neighbors were also battling this dreadful plague, and two others had closed their borders. What will happen to our flock here in Fria? I wondered, thinking of our new Muslim interests who were preparing for baptism. Experience has taught me not to rush into a decision to evacuate, because it often causes damage to the work. In 2005 when there was a civil unrest in Guinea, I was in charge of a team of 10 people besides my family, including some student missionaries. I was advised to evacuate the SMs and take my family to our home country until things calmed down. The unrest didn’t last long, and when we returned, only three people were left in our group. We did all we could to reach out to the others, but to no avail.

As I considered the possibility of evacuating, I took an entire day to go out and talk with the members of our little group. As we talked, I was encouraged as I saw how grounded they were in their new faith. Each one expressed a firm faith in Jesus. They reminded me of the story of Daniel in the lions’ den, the three Hebrew boys in the fiery furnace and many other faith heroes of the Bible. Even the Muslims who had just recently joined us expressed profound faith in Jesus as their Protector. My students became my teachers, reminding me of the stories I had used to teach them dependence on God in every situation.

I came home that evening confused, not knowing whether to leave Fria or to stay. So I did the one thing every confused missionary can do—I went down on my knees and asked God to speak to me. I told Him how confused I was and that, without Him, I couldn’t make a decision.

With the AFM home office urging us to evacuate, we decided that one team member should drive the children to Kankan to one of our new project sites close to the Malian border, and the rest of the team members would wait and watch developments.

As I continued to pray for God’s guidance, the Holy Spirit directed me to Prophet and Kings chapter 13, “What Doest thou Here?” As I read, this passage stood out to me: “Of families, as of individuals, the question is asked, ‘What doest thou here?’ In many churches there are families well instructed in the truths of God’s word, who might widen the sphere of their influence by moving to places in need of the ministry they are capable of giving. God calls for Christian families to go into the dark places of the earth and work wisely and perseveringly for those who are enshrouded in spiritual gloom. To answer this call requires self-sacrifice. While many are waiting to have every obstacle removed, souls are dying, without hope and without God. For the sake of worldly advantage, for the sake of acquiring scientific knowledge, men are willing to venture into pestilential regions and to endure hardship and privation. Where are those who are willing to do as much for the sake of telling others of the Saviour?”

As I read these inspired words, the Holy Spirit reminded me how God had parted the Red Sea for the children of Israel, how He had made the sun stand still for Joshua, and how He had controlled Michigan weather during the winter of 2011 so we could finish our fundraising.

Meanwhile, our church group organized three days of fasting and prayer, asking God to stop the spread of Ebola in Fria. We waited for a second case of Ebola, but it didn’t come.

Public health officials launched a campaign of sanitization, and every house in the city joined them. Barrels of bleach water appeared throughout the city and at home entrances. Motorcycle taxi drivers hung plastic bottles of bleach water on the backs of their motorbikes for their customers to use. In the face of this terrible threat, people even went so far as to forego the usual handshaking.

Our little church group has also joined in the sanitization campain, placing a bleach-water bucket at the entrance of our church. Brother Victor, who has medical training, uses a non-contact infrared thermometer to check members for fever before they enter our church yard. Every Sabbath he gives a five-minute health talk about Ebola.

We are still in Fria, and there has not yet been a second case of Ebola reported. God is answering our prayers and yours and building the faith of our new believers. Thanks to all who are praying for us here in Fria. Please don’t stop!