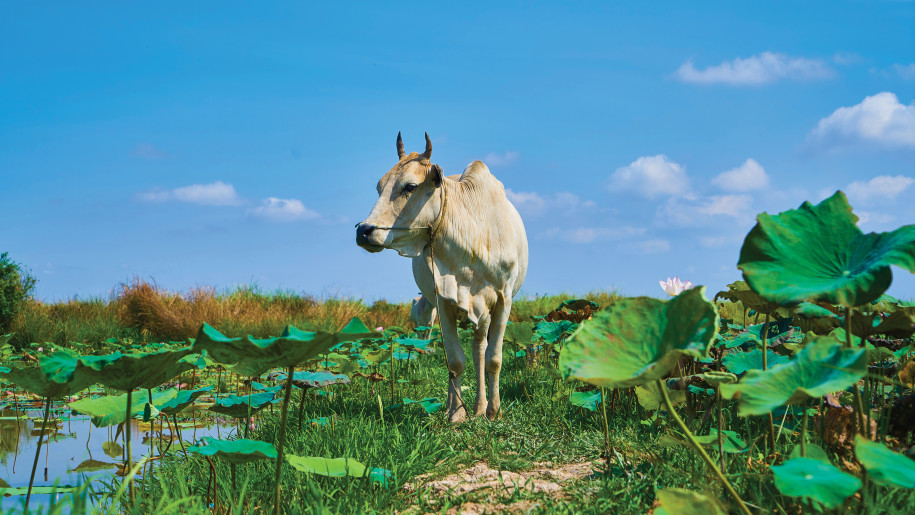 Atu sent every last penny he earned in Malaysia to his parents in Nepal. Would he ever see them again? Tonight, he was stowing away on a ship to Cambodia.
He had found and married his true love, and she was a Cambodian. She was soon to give birth, and, with her expired visa, going to a Malaysian hospital would surely cause her to be deported. So they agreed to sneak back to her homeland to have their baby. Atu was breaking his work contract. No amount of begging could convince his employer to release his passport, so after tonight he would be a man without a country. Atu owned fields and came from a big family in Nepal, but he didn’t care. His new bride meant everything to him. He had even converted to Islam for her. He wanted to be a good Muslim, too. He listened carefully to the sermons in the mosque and traveled to hear famous teachers.

In Cambodia, Atu and his wife built their lives together. Atu loved his wife’s two older sons like his own, and they had another boy and a girl together. Atu did any odd jobs he could find to feed his family and pay for their schooling. They built a house for a few hundred dollars using scrap wood. As small as it was, it barely fit on their tiny piece of land.

Atu finally found a regular job delivering orders for a local hardware store. He would load sand, bricks, steel and cement onto a motorbike trailer, drive it across town, unload it and hurry back. In a typical day, he would deliver 100 50-kilo bags of cement by himself.

I met Atu when we bought land just up the street from where he worked. He likes to come with other village men to play volleyball in our yard where I hung a net between a coconut tree and a rubber tree. He would always say thank you to me in English, pick up trash, clean off the ball and give it back to me when they were done. He studied English and Malaysian to qualify for jobs. He also speaks Nepali, Hindi, Bengali and Urdu.

He has a good reputation among his neighbors, always cheerful and working till the job is done. On late harvesting nights when they would be driving fully loaded trucks in the pouring rain, Atu would decline to sit in the truck cab. Instead, he would sit on the load to make sure nothing fell off. He wouldn’t stop until the work was done and would work all night if needed with a smile on his face.

Once when the hardware store owner was away on vacation, Atu wandered over to see the progress on our ministry building remodel. I asked him about his plans for the future. “I may not work at the hardware store forever,” he said. “I wish my boss would hire another worker. Other stores have three or four workers, but I am by myself. I work seven days a week for $150 a month. I’ve asked my boss for a raise for years, but he keeps pushing it off.”

We talked about his family, Nepal and America. I encouraged him to quit smoking to set a good example for his three sons. I invited him to work for me, and I told him that we never work on Saturdays.

But Atu was hesitant to quit his job. He wanted to be loyal to his boss since they had done so much together over the years. But having a day off and better pay was tempting. I told him I’d pay him $220 a month or $250 if he quit smoking. When he finally did give his notice, his old boss was actually happy for him. “You have worked for me for several years,” he said. “It’s time for you to have a promotion.”

Atu is the only worker I have ever had to ask not to come too early. He tidies up the yard, sweeps the porch and picks fresh coconuts before I even open the door. He always greets me with a cheerful “Good morning!” And after he finishes a task, he says, “I am finish my working!” If other workers put tools away only partially cleaned, he gets them back out and cleans them properly.

Atu faithfully does his prayers during the workday. He takes a quick shower, puts on his neatly folded prayer clothes and goes to the nearby mosque. “I’m bowing to Allah,” he says. “How could I not have time for that?” Then he’s right back to work. Please pray that we can have meaningful prayers to the creator God together throughout the day.

Atu also enjoys our cooking with vegetables, lentils and beans, as it reminds him of home in Nepal. We have found we have many other things in common, too. Just the fact that we are both outsiders here bonds us together. He is terribly homesick. I would love to help him straighten out his visa situation, get another passport and go visit his parents. But the elders of the village don’t want him to have a passport. They are afraid he will go and abandon his family. It happens all too often here.

Once with a longing look in his eyes Atu said to me, “I haven’t seen my parents in nine years.” Then he laughed, and his eyes sparkled again as he said, “And I am eating my gods.” (Though raised a Hindu, revering cows as sacred, as a Muslim, he now eats beef.) It showed me again just how much this man has been willing to sacrifice for love. Please pray that Atu will come to know the God of love.