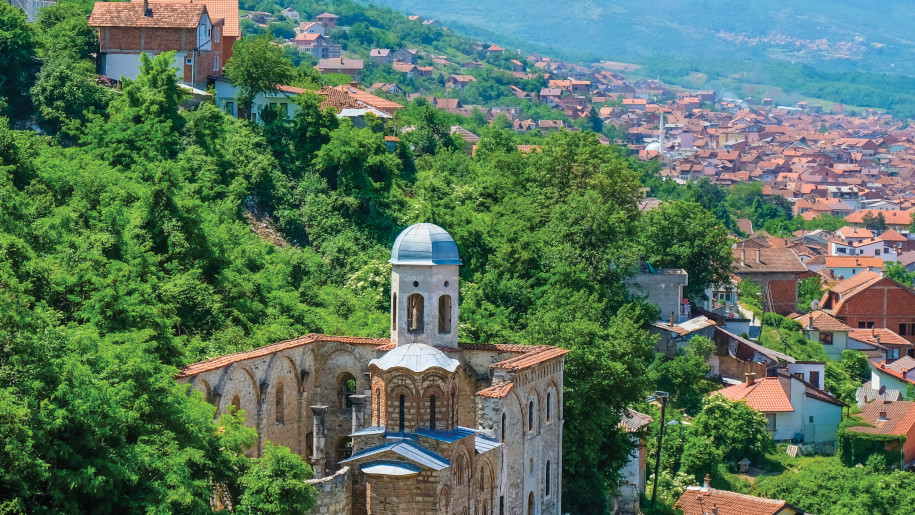 “Can you speak to my cousin and his wife and give them a little encouragement?” Medi asked. “She has been so depressed lately.”

At that moment, a picture flashed into my mind—a picture of Medi’s wife’s grave.

For me, the story began six or seven years ago. Medi had been telling me how much his wife and he would like to like to meet with Brenda and me. They had previously lived in America but had been deported due to lack of necessary documentation. We had agreed to visit with them soon, but somehow the time had slipped away. I had been very busy with important things, and I put Medi and his wife just a little while.

Sometime later, I had to make a work trip to Kosovo, and I invited Medi to accompany me since he was from the city I would be visiting. He was happy for a chance to visit his relatives for the day, and the drive gave us several hours to catch up with each other. On that trip, Medi again mentioned his wife. She had been very depressed, and he thought it might cheer her up to spend some time with our family. She missed the U.S., and he thought she might like to chat with some Americans. I agreed and apologized for not making time sooner. We would definitely make plans once we talked with our wives.

The next time I saw Medi, he was walking hurriedly into his apartment building during work hours. “What’s wrong, Medi?” I asked.

His anxious eyes met mine. “Something is wrong with my wife. I’ll call you soon.” A short time later, I got the call that brought me to my knees. Medi cried, “She took her life! She’s gone! How will I tell the children?”

That night we sat in Medi’s apartment with relatives and wept. I couldn’t stop asking myself, What if? What if we had shared Jesus with her and prayed with her? What if she had then given her burdens to Jesus and let Him carry her through her dark time? What if I had put aside the never-ending busyness and made a bit more time for what is most important?

Over the following year, Medi and I grew to be like brothers. We prayed together regularly and began to study the Bible. He wanted to know about what happens after death. He and his son began to attend worship, and our group warmly befriended them. After some time and healing, Medi and his son decided to accept Jesus as their Lord and Savior and be baptized.

Sometime later, Medi’s daughter and her husband had a baby boy, and she was having trouble breastfeeding him. Medi asked if Brenda could help his daughter since her own mother was gone and no relatives were near. Brenda was able to give her the motherly advice she needed, and they became friends. We visited her kids, prayed with them when they were ill and served the family when they needed help. The friendship between our families led to a request for Bible study from Medi’s daughter and her husband.

Then one day, Medi called me with concern about his cousin’s wife’s depression. With the picture of Medi’s wife’s grave in my mind, I had a decision to make. I was again swamped with many duties, but this time I didn’t hesitate. We arranged to meet with them at his cousin’s favorite café.

As soon as I walked into the café, I could see that they were worried. After we chatted a while, I felt impressed to pray with them right then and there. But the noisy café was filled with Muslim men. Would this couple be embarrassed to be seen bowing their heads in prayer with a Christian? Still, I didn’t want to put it off, so I asked them if they would like for me to lead a prayer for their family. They said they would love that. So, right there in that busy café, we bowed our heads together and prayed. When I looked up after the prayer, there were tears in the woman’s eyes and smiles on both of their faces. They thanked me and said they would really like to learn what the Bible says about the future. They were looking for hope.

Since my wife and I have become field directors in addition to our church-planting work in Albania, we have been especially busy. However, we never again want to ignore the Holy Spirit or put off ministering to people who need His comfort and peace.

We no longer have normal furlough times in the U.S., so we have less time for sharing in person about what God is doing in Albania. As a result, our project balance has become quite low. In order to continue our work here, we depend on the prayers and financial support of people like you. We’re especially in need of monthly pledges. Will you prayerfully consider teaming up with us? If God is leading you in this way, I encourage you to resist the temptation to put off the decision to help spread the gospel message of hope in Albania.