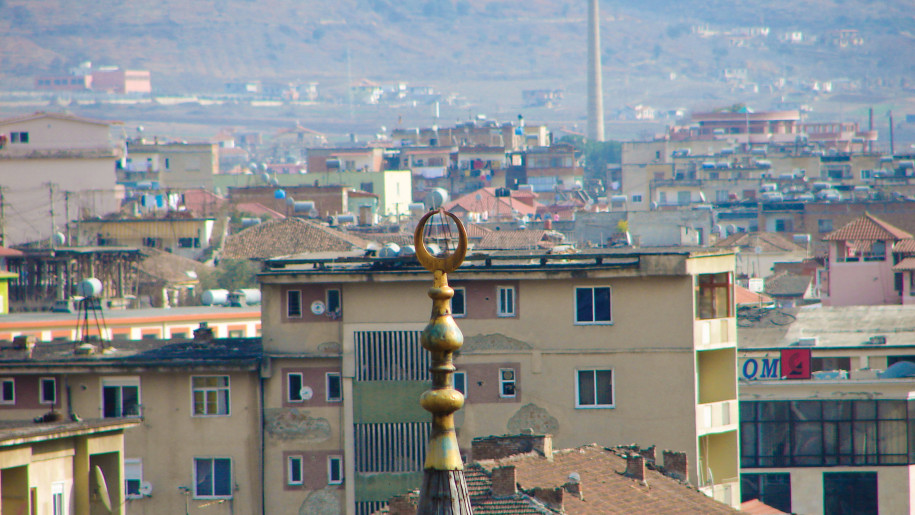 Although there were many barriers and differences between us initially, Dani and I eventually became brothers. We had very different faith backgrounds, cultures, and ways of doing things, but now we are family.

The first time he spoke to me, it was over an outdoor wall surrounding his neighbor’s yard. Dani thought I was rude because I did not reply to him. I did not realize he was addressing me, and he did not know I was a foreigner who did not understand what he was saying. We got off to a rocky start, but now Dani says that God brought my family and me to Albania to meet his brother and introduce him to Jesus. He was the first person baptized here.

Dani has a heart of compassion for those who are suffering adversity. He has very little material wealth, but he is generous with what he has, giving to those in need. He helps poor widows needing food or plumbing repairs. Dani visits residents in homes for those with intellectual disabilities who need clothing, shoes and a friend who listens. He is welcoming to marginalized people from an ethnic Egyptian minority needing hospitality. And he advocates at city hall on behalf of bazaar merchants. Dani is always there to help.

“Pure and undefiled religion before God and the Father is this: to visit orphans and widows in their trouble, and to keep oneself unspotted from the world” (James 1:27).

Dani was the natural choice as director of our community service club. Our group hoped to bless the local community by meeting their needs and inviting others to join our efforts. We hoped to draw those with hearts for service. Dani planned for the club members to gather donated supplies from local businesses and individuals and then provide the labor to meet the community’s needs. It could be anything from fixing leaky roofs, cooking and cleaning for the elderly without family, to starting neighborhood gardens to help families add more fresh vegetables to their diets.

Together, we conducted surveys, performed assessments, and made connections, but then the pandemic hit and turned everyone’s plans upside down. The needs changed, and so the approach would have to change. Unfortunately, many businesses and individuals who wanted to support the club’s efforts with donated supplies or funds either went out of business or were barely scraping by themselves. Some of the funding plans would also have to change.

Dani reassessed and found that now the very basics are desperately needed, especially food. By the grace of God and through your support and prayers, our community service club will supply packages of food staples to those in greatest need and add some produce grown by local micro-farms. There is no better time to help this community and share the love of Jesus with them. As they say, people do not care what you know until they know that you care. Will you prayerfully consider making a donation or monthly pledge to the Albania project?