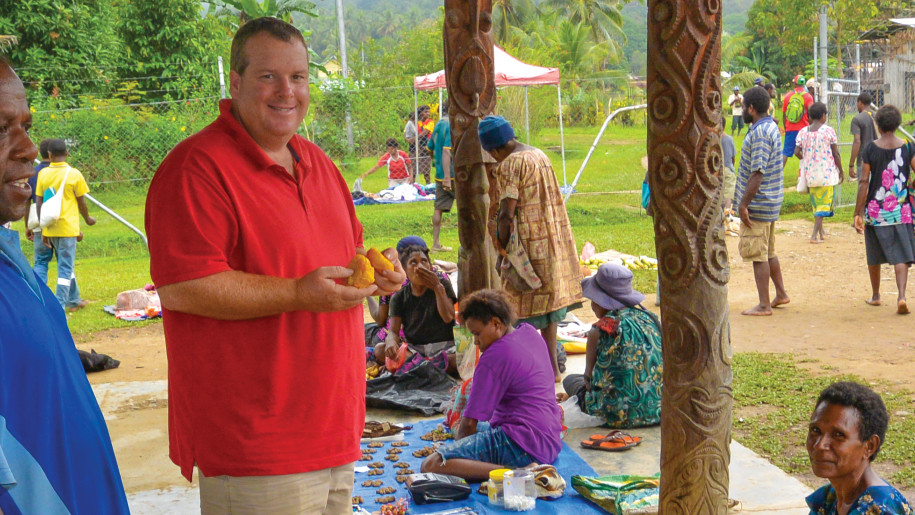 A faithful donor and close friend recently asked me why some AFM projects have such high launching goals. The question was simple, but it wasn’t easy. There are many parts to the answer.

The problem is, no two AFM projects are the same, and no two missionary candidates (individuals or families) are the same. Some have jobs with which they can support themselves while fundraising. Others don’t. Some live in areas filled with potential donors while others come from communities where believers are few and far between. Some come from foreign countries but speak a language the same or similar to that of their target people group. Others come from the USA but will have to learn the language and pay for a tutor. Some come with significant discipleship experience while others need more training. Some need to take a course in evangelism, health, development or education. There are also significant differences in family sizes and transportation costs. Each of these factors impact the overall cost. Though missionaries share some costs in common, such as training, physical exams, immunizations, orientation, visas and work permits, other costs are not easily compared. Let’s look at some examples.

When my family went as missionaries to Papua New Guinea back in 1995, it cost about $10,000 for plane tickets alone just to get into the country. To travel the rest of the way to our project, we also needed tickets for an all-night ferry, a two-hour boat ride along the coast, and two hours of land transportation. Then there were temporary lodging costs for a week while I found a place for us to live and shipping costs for a small crate of family belongings. If we had moved to the Philippines instead of PNG, our moving expenses could probably have been reduced by 60 percent.

To further compare costs, let’s say candidate A already speaks the target language and is ready for active service the day she arrives in the country. She comes from the U.S. and supports herself while she builds a support team. She is going to a country with a low cost of living. She has little experience doing missionary work in a context comparable to her job assignment. There are a few trust issues between her culture/race and that of the host culture that will take time to overcome. Impact: Low launching cost. Low monthly cost. Slow initial community involvement.

Candidate B doesn’t speak the local language and requires months to learn it after she arrives in the country. She has occupational experience that is a good fit for her assigned role on the mission project. Her living expenses will be low, but her assigned role involves significant ongoing cost. Her job allows her to fundraise, which decreases her launching cost. Some prejudice exists at the mission location that will take time to overcome. Impact: Low launching cost. High monthly cost. Slow initial involvement.

Candidate C already speaks the language of his target people and has experience in a similar ministry, but he comes from a foreign country where fundraising is difficult. He comes to the U.S. to fundraise, so he has to pay his minimum-wage living costs from his fundraising. The cost of living in his target country is medium/high. He will not face prejudice. Impact: High launching cost. Medium monthly cost. Immediate initial involvement.

The challenge is if a donor chooses which missionary to support by their fundraising goals, they may be fooled. And more than this, if a large portion of missionary C’s launching expense is for their living support during fundraising, then the shorter the time it takes, the less it will cost. If we want to launch a missionary on a small budget, the most effective strategy is to donate in a hurry.

In many instances, this would save thousands of dollars. The best solution is for the Holy Spirit to guide the donor in selecting a project. Because AFM goes to share the gospel in some of the most difficult strongholds on the planet, the costs are higher. But if not AFM, then who? AFM goes to places where there are no other viable options.

At AFM, we do all we can to reduce expenses while maintaining our commitment to care for the missionaries the Lord has placed in our trust. We want them to be healthy and adequately equipped for effective ministry.

When we select missionary candidates, we can’t focus on who is going to be the cheapest. (And even if we did, the initial cost is only part of the calculation.) What we are looking for is someone who can make disciples and plant churches in unreached people groups and what resources they will need to accomplish that.

As we try to keep expenses to a minimum, we also have to ask questions like what will it cost to train them vs. what will it cost if they begin the work without that training? Or what will it cost for them to take a break vs. what extra costs, health impacts and reduced performance risks are commonly associated with not taking breaks? Is it better to pay someone to build a house or have the missionary invest a year of his time in building it? Sometimes spending money saves money.

AFM requires all missionaries to raise the estimated costs of starting and maintaining their projects plus a little extra. Back when I was fundraising, I completely despised the “little extra.” I really did. I am laughing now as I write this. How many times did I lean heavily on that “little extra?” And how many times did it save lives—literally—or allow us to have a camp meeting, feed starving people during a drought, or have a much-needed culture study? I have learned to highly respect AFM for its foresight even though it often meant extra fundraising.

At AFM, we prayerfully seek God’s direction every single day. We realize the money we hold in our hands is money you have dedicated to the Lord. We also realize that we are responsible both for the lives of missionary families and for the souls of the unreached. We strive to be faithful to each trust.

Once again, we thank you for caring enough to work with us. May God bless you for it. And if you have any further questions, please give us a call.