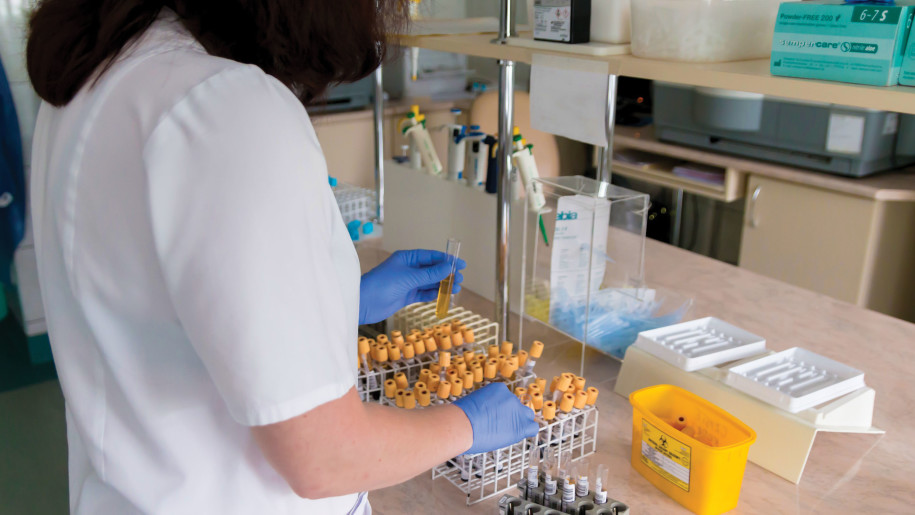 According to the World Health Organization, approximately 71 million people around the world suffer from hepatitis C. The disease is curable with a six-month course of oral antivirals, but the medications are expensive and, in our part of the world, not easy to access.
Two years ago, we were visiting with Kaak and Chumpri in our living room. We usually visit in their home, so when Kaak had asked if they could come and visit with us, I suspected they had something important to share. Kaak began to tell us that Chumpri had been sick for quite a while and was getting sicker. He had been tested at a local clinic twice, and both results were positive for hepatitis C. She explained that they didn’t know what to do for him, and she wondered if we could help.

Knowing the seriousness of this diagnosis, I told them that I wasn’t sure of what we could do, but that I would ask one of our friends about some natural remedies I had heard might help.

When our friend came to visit, he brought some of the natural remedy supplies with him and taught me how to do the treatments. After doing the treatments on Chumpri for two months, I suggested that he get tested again to see if they had been effective. Again, the result came back positive for hepatitis C.

I told my friend about it, and he sent me new information on the treatment we were using that suggested we should greatly increase the intensity. Research showed that just 36 hours of intense treatment could kill the virus. I read all of the research and investigated more on my own. The information was fascinating. God’s natural remedies, used in the right way, could kill the hepatitis C virus in only a day and a half and not harm any other part of the body!

The treatment began on Friday night and lasted until Sunday morning. We prayed with them before we began. Even Kaak prayed, asking God to heal her husband. After we finished on Sunday morning, I asked if they would be willing to do one more intensive treatment the following weekend just to make sure the virus was killed. Again, they agreed.

Following the second treatment, Chumpri went for another blood test. To my disappointment, it was positive. However, something prompted me to ask the doctor how the test worked. He was very friendly and explained that the test was for antibodies, which would always be present if Chumpri had ever had the virus. Of course! I should have thought of that. He also explained that if we wanted to know if Chumpri still had the virus, we needed to do a different test that actually counted the viruses in the blood. This was a more expensive test, but it would tell us what we needed to know. We asked the doctor to go ahead and draw the blood and send it to the lab in the capital. The results would come back in three weeks.

About the time the results were due, I went to Thailand for some meetings. When I returned, I was anxious to see the results. The clinic worker handed me the paper, and my eyes scanned down to the bottom: “Underdetected.” The doctor explained that this meant they couldn’t find any viruses in Chumpri’s blood. I walked out of the clinic praising God. His natural remedies had healed our friend and greatly increased his life expectancy. At the same time, I prayed that God would use this to turn Chumpri’s heart to Him, that Chumpri would recognize that God had healed him.

Over the next several months, Chumpri continued to feel sick and have low energy. Many of the symptoms were similar to those he’d had with the hepatitis. I began to wonder if the results of the test had been accurate. I was overjoyed when he and Kaak began to attend Sabbath worships when he was feeling well enough. When he went through a period of high fever and weakness, Kaak asked us to come and pray for him, which we did. I suggested that he go to a Christian clinic in Phnom Penh to have a thorough examination. In the waiting room, the Jesus film or other Christian videos are often playing. With a little convincing from Kaak, Chumpri agreed to go.
The clinic sent a sample of Chumpri’s blood away for the virus-count test. They also found that Chumpri had parasites and H. Pylori, a bacterium that causes damage to the stomach wall. They treated him for these and scheduled a return appointment in a month to receive the results of the virus test and to see if he was feeling better.

Within a week, Chumpri was feeling much better. He even began going to the jungle again to help look for food for the family. Kaak said he was bored at home, a definite sign that he was feeling better.

A month later, I went with Chumpri and Kaak to the follow-up appointment in Phnom Penh. The doctor said the results of the viral test were “underdetected.” He said that Chumpri had some permanent liver damage, but the virus was no longer a death sentence. I praised God again in my heart.

God has given Chumpri another chance at life. We have been thrilled to see him attending worship services. Please pray for Chumpri. We have known him for eight years, and he has been a contact on the Pnong Project for more than 15 years. We know God is still working on his heart, and we long to see him acknowledge the God who created the natural remedies that healed him.