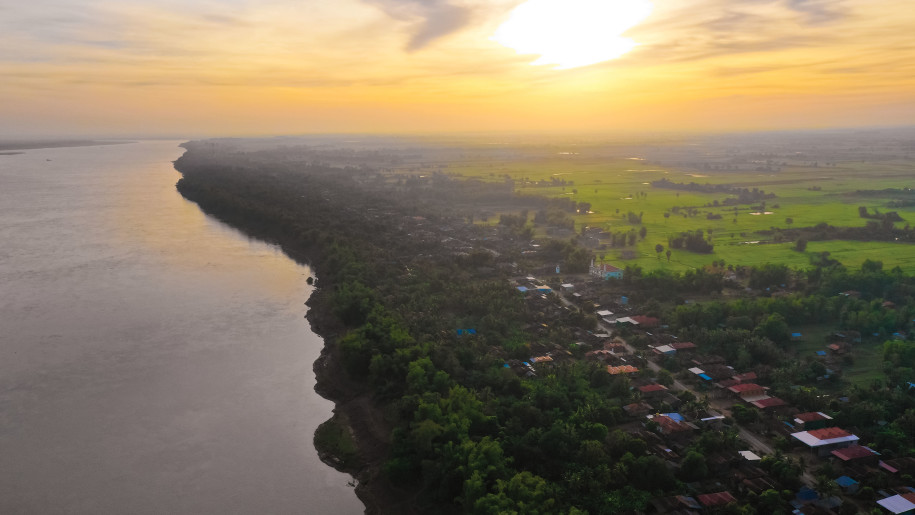 Chiruh—my friend.
Misunderstood and reviled by her neighbors, though always kind to me, I have been treating the severe wounds on her feet and praying, against the belief of her doctors, that God would perform miraculous healing on her foot and lead her to a saving belief in Him (AF July and October 2021).

The last time we came to get x-rays at this dingy little clinic, I had Chiruh on my back. This time, she shuffled along on her own two feet. We were getting follow-up x-rays of her foot to evaluate if the bone infection was healed or still present after weeks of daily IV antibiotics. The local doctor was friendly, and he developed the x-ray film the old-fashioned way, by blow-drying it and then holding it up to a fluorescent bulb on the ceiling. “Yup, everything looks good!” he said. I smiled and paid him but didn’t rely on his reading. That evening I took good pictures of the x-rays and sent them to an Adventist radiologist in America who is kind enough to read my images and advise me. He concluded that it looked stable enough to discontinue the antibiotics and to reevaluate in a few months if anything seemed to get worse. In other words, Chiruh was healed.

Healed! I couldn’t believe it myself. This woman had necrosis that claimed two of her toes; deeply set osteomyelitis; a large, gaping wound exposing ligaments and layers of tissue; and advanced diabetes to make everything worse. We didn’t have access to the ideal antibiotics, she lived in a primitive and dusty house, and several doctors had told us it was hopeless to save the end of her foot. But now, after all those months of daily visits and daily IVs, she was healed.

I thought back to a conversation we had had a couple of months before . . .

When I entered her house that morning, I was going off of what doctors had just told me based on the initial x-rays and pictures of the foot.

“Om (auntie) Chiruh, I think we need to amputate again, up higher,” I quietly dropped the news. She paused and emphatically said, “No. I don’t want to cut it.”

“Om, I don’t know if you’ll get better if we leave this infection in your bone to get worse. The doctors told me it’s too far gone. We’ve pulled chunks of bone out, and I don’t know how deep the infection is going.”

She still was adamant. She was scared. Doctors and hospitals are terrifying unknowns. Even though she was faced with a serious prognosis, she still didn’t have the courage to commit to an amputation.

I paused, trying to think of what to say. I just wanted to ensure that the wound was cleared of the decaying tissue so she could heal as quickly as possible. While I was sitting there, I felt a sudden impression to keep treating her foot a little longer and not amputate it. Really? I asked myself. Go against what all these doctors are telling me? How am I supposed to know better than they? But the still small voice persisted in my head, telling me to keep trying with the charcoal, hot and cold treatments, daily debriding, and medications. Ok, God. I’ll try.

I then turned to Chiruh and explained that God had just impressed me that we shouldn’t give up yet, so I had changed my mind and would continue to try to fight the infection. I then emphatically told her, “If you are healed from this without amputating, then we KNOW it was God who healed you. Because human doctors have told us there’s no hope.”

I then began to give her the IV antibiotics every day. It was amazing to see the wound begin to heal up—the hole was smaller every day! Her daughter was an excellent assistant and home nurse to her mom for evening dressing changes, insulin injections and more.

Once the skin totally healed, I was still a little skeptical that the bone would be free of infection. What if we stopped antibiotics, and it all came back like before? But, with the little faith I had, I kept going. I administered over eight weeks of antibiotics.

When I told Chiruh the news that she was healed and discharged, we were both so joyful. With tears, she told me that she’s so thankful for all I did for her, and she sees me like a daughter. I reminded her, “Remember how I told you that there was no hope to heal, and if your foot got better, it was surely God healing you?” She remembered. “Now we know for sure. God cares for you, and He heard our prayers. He is a greater doctor than any human.” I wanted to make sure that she gave God credit for this miracle.

Now, I see Chiruh out buying vegetables on the street. She even came to my house to visit me for the first time. It’s so fulfilling for me to know that she is alive because we met when we did. God intervened in her life to heal her foot and regulate her diabetes. I praise God for this clear testament of His love and power. I feel so humbled that God healed Chiruh despite the times I lacked faith and was skeptical. I pray that Chiruh will hold this miracle in her heart forever and will call on the God of Heaven whenever she is in need.