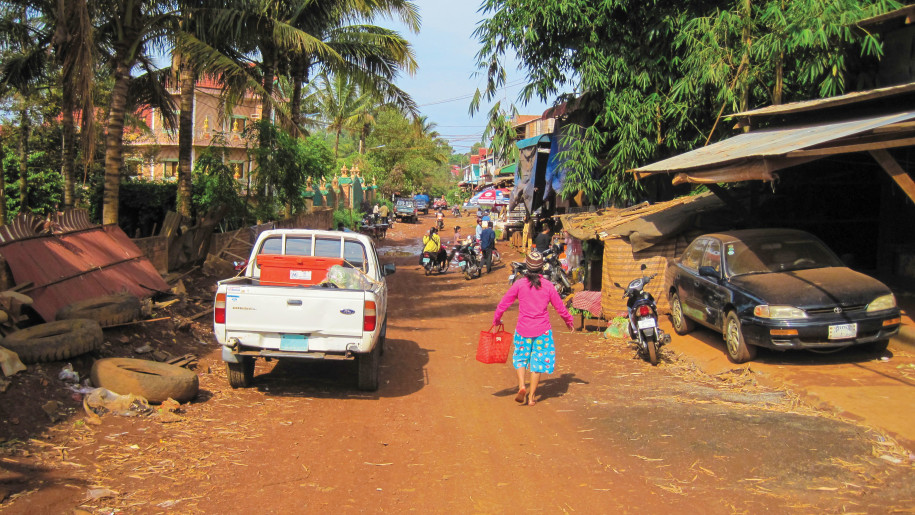 In a village not far from us lives a lady named Rachay. She has two daughters, ages 8 and 13. Her husband left her, and she now lives in a home with only three walls and a tarp for a roof. Relatives have told us that she is crazy. She has tried to hurt people and has threatened to burn the village down. Once she tried to kill herself by throwing herself into a well. She was unsuccessful, and now she endures chronic back pain from the injuries she received from the ordeal. To keep her from trying to hurt herself or others, her brother has secured a chain on her wrist and attached it to the center post of her house. She spends every day within eight feet of the post, the radius the chain allows her to move. In the past when I visited her, she sat on the platform in the house not doing anything.

One day, Veronica and I took Rachay an SD card audio player that would play Bible stories in Pnong. It was hard to tell if she was interested in it when we gave it to her. Later, when I returned again, I discovered she had used it extensively until one of the buttons had broken. She wanted me to fix it for her, but it didn’t look repairable. I did not get the opportunity to see her again before we left on furlough. We don’t know if she is demon-possessed or has a mental illness. Communication with her is somewhat difficult. Please pray for Rachay. We hope she can find true freedom in Christ and no longer have to be chained.