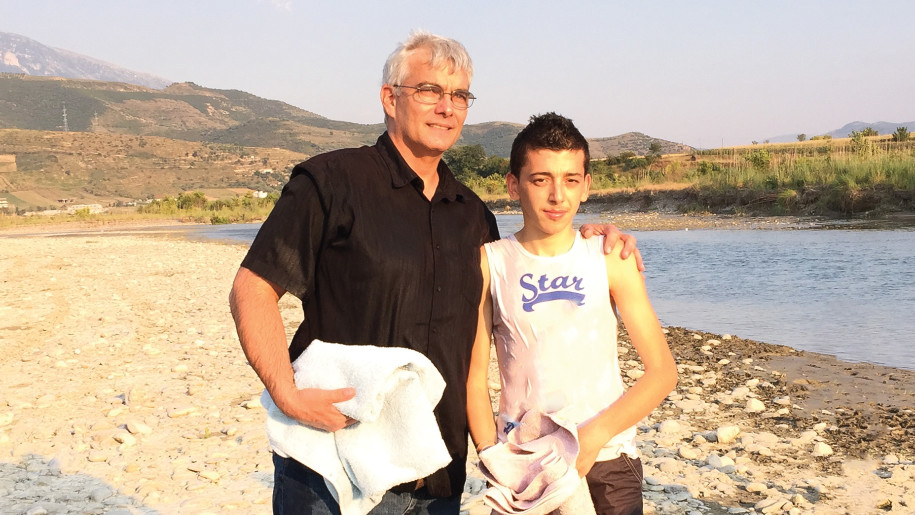 “There is joy in the presence of the angels of God over one sinner that repents.”

It began a few years ago, or at least that’s when we had the privilege of becoming part of the story. Like her husband, Tila had decided to follow Jesus. She had also chosen to become a servant to the poor and needy in her community. Her workmates and neighbors noticed the changes in her. She was no longer self-focused. Though poverty clutched her family and sometimes threatened their ability to feed and clothe their own two children, Tila’s greatest joy was now in giving to others who had less. Somehow God always supplied their needs.

Tila was always quick to volunteer for any community service project our fellowship was involved in. She bubbled over with love and joy while distributing warm winter boots and delicious food at a local residential facility for the mentally handicapped. She also delighted in distributing ADRA gift packages to needy children in her neighborhood each December. When she realized that there were more needy children in her neighborhood than packages, she took some empty boxes and filled them with gifts she bought with money she had worked so hard to save. Those gifts were the sweetest to give because they were so costly. Though still growing in her walk with God, her transformation had made her a magnet drawing people to Christ.

Sometimes we joined Tila as she distributed the ADRA boxes. One evening we visited a family in her neighborhood with three children—two teen boys and a three-year-old girl. The boys looked like much younger children because of a genetic blood disorder that stunted their growth and development. The whole family was beaming when the little girl opened her box to find a beautiful little red coat and matching mittens. Everything fit perfectly, and her mother shed tears of gratitude. She could hardly believe that strangers in another country cared so much about Albanian children. It came at just the right time, too. Winter was upon them, and her little girl had outgrown her threadbare coat. It all seemed miraculous to them.

Tila began weaving Jesus into her conversations with this family over the following months and even shared some Bible verses that fit the context of their conversations. Each Sabbath she would fill us in and ask for prayer for them. Tila’s own baptism was scheduled for the springtime when the river wouldn’t be so icy. When the appointed day approached, she invited this family to her baptism. What they witnessed that day had a lasting impact on them.

The 14 year old boy, Gjoni, began joining our Sabbath meetings regularly. We didn’t know about his condition at that time, and we thought he was only about 10 years old. When we found out about the genetic disorder he and his older brother Thomi had inherited, the group began to pray regularly for their health. Though weak and sickly and sometimes on crutches, Gjoni seemed to find peace in hearing about Jesus. And his health improved dramatically. Sometimes he even walked from his home on the other side of the city to our home! Occasionally, Thomi joined us, too, but he seemed reluctant.

Gjoni was attracted to a print on our wall of a painting by Nathan Greene showing Jesus as a shepherd rescuing a fallen lamb from a tangle of thorns on a ledge. He told Thomi about it and urged him to come and see it for himself. Thomi came, and while the rest of the group mingled and caught up with one another, he closely examined the painting. He noticed it had a handwritten message signed by the artist. It read, “He will take care of you. Stay close to the Shepherd.” A teenage girl who knows English was sitting nearby, and she translated the message for him.

As the weeks and months passed by, Gjoni and Thomi continued to join our meetings every Sabbath. Though they were very shy, they began to open up more and more and even volunteered to read Bible passages aloud for the group. One Sabbath our group was reading about and discussing baptism, and Sean made an invitation. Both brothers responded, saying they would like to be baptized during the warmer weather after our next furlough.

Sadly, during furlough we got word that Thomi was backing away from the church fellowship. He was showing signs of falling back into his previous associations with the occult. By the time we returned to Albania, neither of the brothers were worshipping with us. Our group continued to pray earnestly for the boys.

Tila and her husband made a few visits to their home, and we visited the boys as well and prayed with them. Though they didn’t say much, they gradually began attending again. Every once in a while, one of the two brothers would go through a dark period and would avoid us, while the other would blossom and show up for every meeting. Then they would switch for months. It was remarkable how their countenances reflected the state of their hearts, whether full of light or darkness. We didn’t know all the details, but we knew a spiritual battle was raging, so we fought for them on our knees.

One Sabbath, Tila arrived at our house beaming, with Gjoni at her side. She said he had something to tell us. He smiled and said he was ready to be baptized. On the day of the baptism, his brother Thomi, mother and little sister came to witness the event. Gjoni was 17 by this time and Thomi was 19. We took the opportunity to pray for Thomi. A couple of weeks later, he set a date for his own baptism.

On the day of his baptism, we had never seen him so happy. His usually serious face was wreathed in smiles. He bravely renounced all spiritual ties to any lord but Jesus. For the first time in a long time, he felt free.

That beautiful Sabbath, we were surprised by two things. First, Thomi had invited his Orthodox grandfather to the baptism. We learned that he had at first been against the boys getting baptized, since the Orthodox priest had already baptized them as infants. But he and their mother could not deny the amazing changes in the boys when they worshiped with us on Sabbath. Originally, he had discouraged the boys from attending the little Saturday group that worshiped in a house instead of the beautiful domed Orthodox church. Yet, he finally admitted to his family that the Spirit of God was with these Saturday Christians. His grandsons had shown him what the Bible says about God’s Sabbath day, but it was the changes in them that convinced him God was with us.

The second surprise for the day was a wrapped present that Thomi presented to Sean at the baptism. We had given him a set of drawing pencils and a sketchpad earlier that year. Now he returned the gift to us—a drawing of Jesus.

Thomi and Gjoni have fought many battles in their young lives, and they are still fighting. Will you pray for our younger brothers, that they will continue to have courage and strength to persevere? Will you pray for God’s will to be done in their hearts?