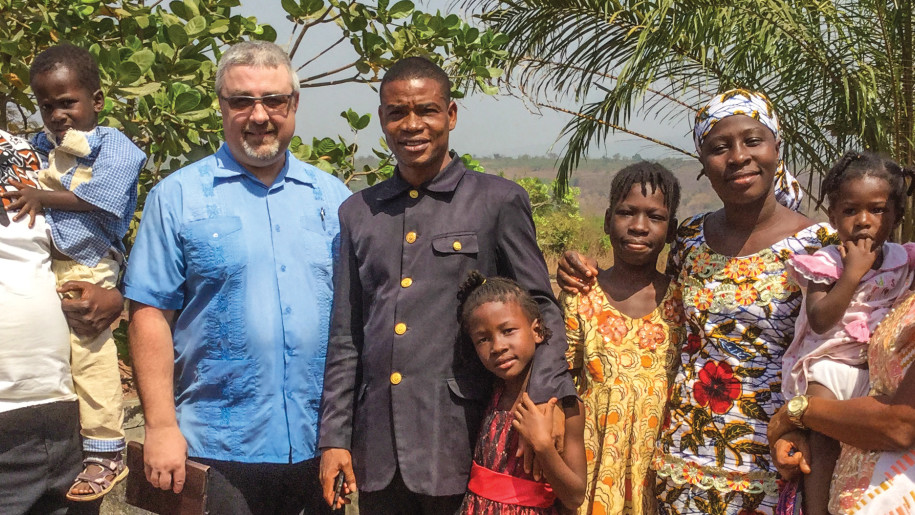 “How can we work together?” asked Pastor Oumar. “My family and I appreciate what this church has done for us, and I want to help you win Muslims in Fria, since this is my specialty.” I deeply appreciated Pastor Oumar’s eagerness to help in our ministry, and I thanked him for his kind offer. But I told him that to be a partner in our ministry he would need to understand and share our Adventist doctrines. He was very disappointed.

Pastor Oumar is a non-denominational lay pastor who has experience using techniques of the Disciple-Making Movement and The Insider Movement. He and others like him go into areas that are predominantly Muslim, befriend pastors of local Christian churches and offer to conduct seminars on Muslim evangelism. After evangelizing in the community and leading a group of Muslims to Christ, they form a church. They then either leave the church to its own devices or offer to join it to another local congregation for a fee. In my home country of Sierra Leone, you can find these churches on almost every street corner. They preach Christ, but they say that everything is permitted through grace, and they teach prosperity theology. Many of these groups are a disgrace to Christianity. Sometimes brawls break out after services. The members tend not to support each other, as was evident when Pastor Oumar’s wife got sick, and none of his former members offered his family any aid. Instead, our Adventist church came to their rescue.

Pastor Oumar was touched by our support for his family, but he resisted our invitations to join our church and be baptized. He stopped visiting our church and began to connect more with his evangelical friends. They formed a group and soon got support from a church in Canada. Pastor Oumar was on track to become the group’s national coordinator for Guinea. We thought we were going to lose him. Meanwhile, my wife and I and Pastor Niouma, our local pastor, continued to minister to Pastor Oumar and his family and to lift them up in our prayers.

“Fred, I want you to baptize me now!” came Pastor Oumar’s excited voice. “I am coming to your house.”
“Are you okay?” I asked.

“Okay, I understand,” I said. “Remember, I am not a pastor, so I am not authorized to baptize. But let me pray with you, and we will talk more about it in the morning, okay?” I prayed with him and encouraged him to get some sleep. Then, still bewildered, I went back to bed.

Three hours later, Pastor Oumar was banging on my gate as if someone was chasing him. I rushed to the gate and opened it. One look at his haggard face and I knew he hadn’t slept after our phone conversation. I ushered him in, and he began to pour out his story before even sitting down. He explained how he had gotten a job with a group of Christians from Canada and how they wanted to make him the country director. He told how he and his family were preparing to bid our church farewell the following Sabbath.

Then he began to tell about his dream the night before. In it, Jesus appeared to him and said, “You were homeless without a family, but I have brought you to a family. The Seventh-day Adventist Church is the family I have chosen for you. This is where I want you to remain until I come. Your unwillingness to be baptized does not make sense. I created this world. I came to it without sin and was baptized by one I created. Who are you not to be baptized? Pride is a sin, my son.”

To make certain that Pastor Oumar understood, I told him, “Even if you are baptized into the Adventist Church, it will not make you a pastor. You will be an ordinary member.”

“I am ready for everything, Fred,” he replied. “I am convinced that this dream was from Jesus. He touched my deepest sin, pride, that was keeping me from becoming a Seventh-day Adventist.”

I told him that Pastor Niouma was in Mali, but we would arrange for a baptism when he returned. I was thankful for this delay because it gave me time to fast and pray for Pastor Oumar’s conviction and full heart surrender. In one of my prayers, I set out a fleece for God. I prayed, “If his dream was true, and it was you, Jesus, who visited him, let someone from the AFM home office—specifically Pastor Conrad Vine—come and do this baptism. I did not inform anyone from AFM, but two weeks later, I received an email from my supervisor, Pastor Ricardo, that he and Pastor Conrad would be visiting us to organize the Susu Project transition.

Every one of our church members played a part in reaching out to Pastor Oumar and his family. Ellen White says in The Desire of Ages and The Ministry of Healing, “Hearts that respond to the influence of the Holy Spirit are the channels through which God’s blessing flows…. Christ’s method alone will give true success in reaching the people. The Savior mingled with men as one who desired their good. He showed His sympathy for them, ministered to their needs, and won their confidence. Then He bade them, ‘Follow Me.’ There is a need for coming close to the people by personal effort. If less time were given to sermonizing, and more time was spent in personal ministry, greater results would be seen.”

When the day finally came, and Pastor Niouma announced that our brother Pastor Oumar and his wife would be baptized today, the entire church broke into song and joyous celebration. The joy was overwhelming. Everyone rushed forward and pressed around Pastor Oumar, his wife and their first daughter.

Indeed, the baptism became the talk of the town. Even today, Muslims and other Christian churches are still talking about it. “The General has fallen,” they say with a smile. There is a true God in the Adventist Church.
Psalm 127:1-2 reads, “Except the LORD build the house, they labor in vain that build it: except the LORD keep the city, the watchman wakes but in vain. It is vain for you to rise up early, to sit up late, to eat the bread of sorrows: for so he gives his beloved sleep.” When we put our hearts into reaching the unreached, He will bless our efforts by finishing the work.