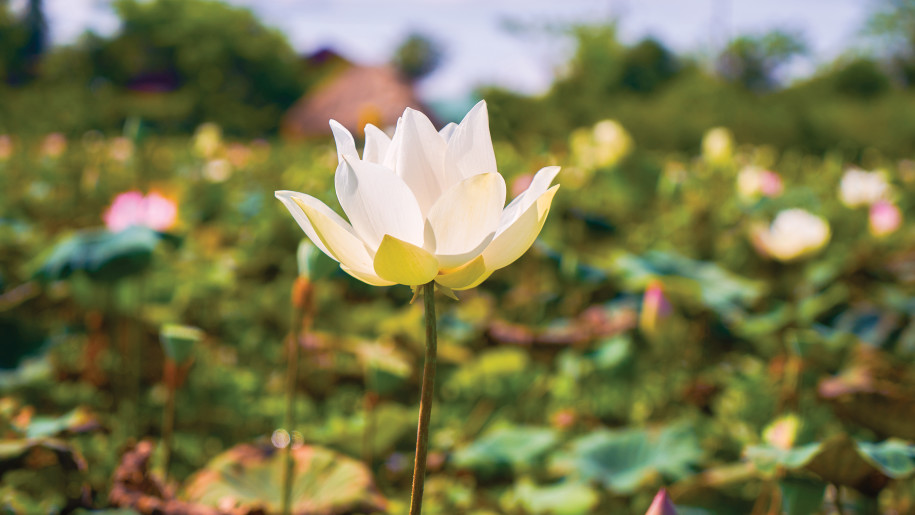 This year, I began planning my activities and arranging my responsibilities so that, come Mother’s Day, I could focus on my wife, our family and a relaxing time with friends. Of course, plans don’t always go as expected no matter how hard you try. That is especially true if you have made a commitment to serve God as a missionary.

Earlier in the week, Roni, a young man from another village, came by to seek our help. It became obvious from our conversation that he was facing spiritual, mental and physical challenges that made it hard to earn a living and brought great distress to his family. Additionally, his wife left him and took their child with her.

Roni had gotten to know previous missionaries and had begun to believe in Christ through online videos, even though he couldn’t understand English. Actions speak louder than words and he thought the portrayal of Jesus helping everyone was beautiful. “I am not a Muslim anymore. I follow Jesus. I believe in Him.” he said. He asked for a Bible and promised to read it, then pleaded. “Jesus and you are my only hope! Can you please help me? I am sick and getting worse!”

Afterward, we prayed together, and I explained to him the beauty of confession and grace. I told him that Jesus’ power, alone, could bring healing to his mind. Then abruptly he left, making me promise to help him. He would return on Mother’s Day.

Sabbath itself was pleasant, and we were grateful.

On Saturday night, while having dinner, Eric Tirado, Soty, Ryan Bell and I coordinated a special Mother’s Day breakfast. We thought it would be nice if our wives didn’t have to cook for a change. Although, I admit they were getting skeptical of our abilities when I kept asking my wife, Stephanie, where in the kitchen we could find what we needed.

Come five o’clock Sunday morning, workers hired from another Adventist church showed up to begin making bricks for the Tirado’s home. I helped them to get settled in and gave instructions on how to begin. An early start to the day, but so far, so good. Next, the builders for the Tirado’s house called asking for directions to our location. Then, several other important calls came in. I also had my first of what would be two encounters with a pressure washer repairman that day. I began to wonder how I would make it to the store to purchase last-minute items for breakfast.

Everything came together for breakfast, though. Eric made waffles. He had purchased eggs from everyone in the village who had hens. Soty’s wife, who is due to deliver their first child in June, brought a delicious, yellow drink made from beans. We took turns praying blessings upon our wives, giving short speeches of appreciation for who they are and all they do, then turned our attention to the delicious meal served upon a table beautifully decorated with yellow flowers. Afterwards, we played our guitars and sang, performed action songs for Nathan and River, the little ones, and worshiped together. All-in-all, a blessed morning.

Around noon, Roni appeared and, thinking his life was in danger, asked if he could live with us. I called Soty, who is from the same village as Roni and knew his family. Soty went for answers, and, over the next hour-and-a-half, we put the pieces together.

My concerns for Roni were confirmed. He had been experiencing mental health issues for years and the family said to call the police if he was bothering me. They said they were at their wits end and that nothing he said about being in danger was true.

After two hours with Roni, we prayed to Jesus for help. Afterward, I gave him a hug, told him I loved him and sent him home, even though he would have rather stayed the night.

Please join us in praying for complete healing for Roni, our new young friend. Also, please pray that we get some much-needed family time while on furlough this summer. We are preparing for our second child, a little girl, who is due in August.