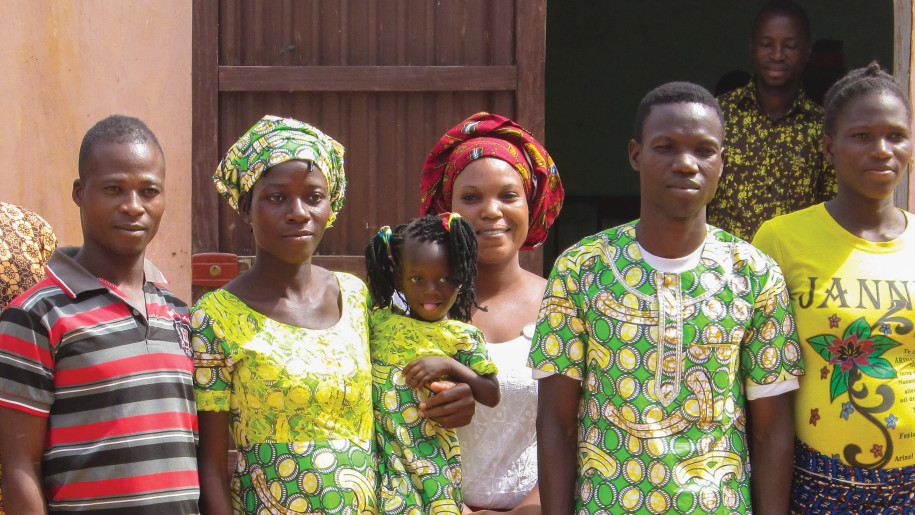 Antoinette was baptized into the Boukombé church in January of this year, together with her husband Claude. A few months after the baptism, she gave birth to their first child. Her family expected her to perform the traditional ceremony during which the child is presented to the mother, but she refused (see the article in the June issue of AF).

This was the beginning of a time of serious persecution for Antoinette. Her family, especially her mother and her brothers, strongly opposed her new faith. Several times she was summoned by spiritual leaders—sometimes alone, sometimes with her husband—and severely menaced and pressured to stop going to church. Her answer was always the same: she had chosen to follow Jesus and would not go back to the fetish no matter what. Antoinette’s family threatened Claude, saying they would take Antoinette away from him by force, but he and Antoinette stood their ground. The church family made this a matter of fasting and prayer and surrounded them with support.

One Sabbath, one of Antoinette’s brothers came to church. His plan had most likely been to pull her out of church and drag her home. But all he did was stand under the tree in the yard for a while, and later he walked away. Immediately the church praised God for His protection.

Interestingly, Antoinette’s father, who also is not a Christian, always said that he respected his daughter’s choice and that the family should leave her alone. Because of this, the rest of the family started to shun him as well and treated him with disrespect and even disdain. This was even harder on Antoinette than being shunned and threatened herself. Her family was falling apart, and she felt responsible for it. Over this whole time our team also prayed for her faith and protection and that God would carry her through these difficult times.

At our most recent meeting, I asked our local evangelist, Hyacinthe, how things were going for Antoinette and Claude. He reported that the family is leaving them alone now. We thank God for what He has done, and we ask you to keep praying for this young couple. It is hard on Antoinette to be separated from her mother, who now refuses any contact with her. Her father still supports her, and her family remains divided. So while Antoinette is not in immediate danger anymore, her heart is aching. We know that the Holy Spirit can change hearts, and our prayer is that her whole family will accept Christ as their Savior and be reunited in Him.