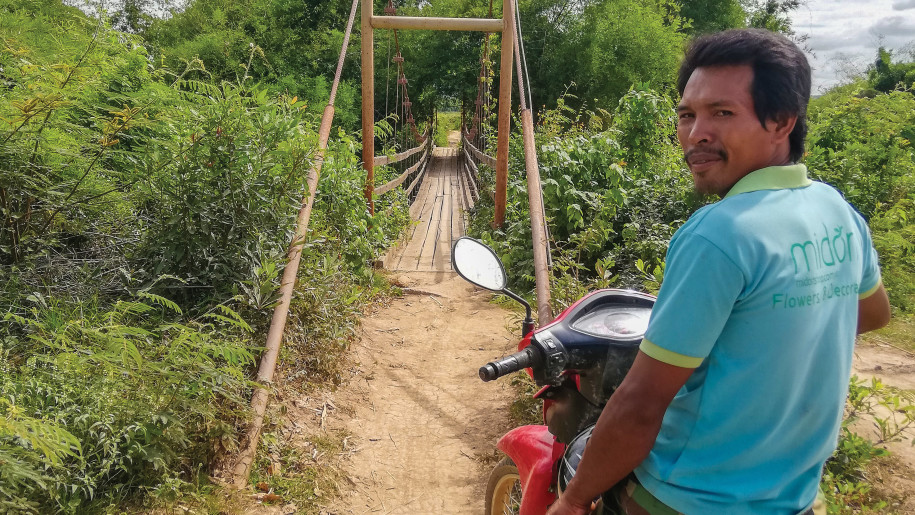 “My rice crop will fail if I can’t pump water to it soon, but I have no money to buy fuel for the pump. Can you help me?” Guy asked me. Guy is a Muslim man with a wife and two boys who lives in a little village called Levayuh Tome, which is within walking distance from our home. I have come to know Guy over a period of months after he came to our house seeking medical help for his wife and oldest son.

Life here revolves around rice. If their rice crops do well, their families will have food throughout the year. But if their crops fail, they must scrounge to feed their household. This season, many farmers lost their rice crops when someone broke the lock on an irrigation door, opened it, and caused an unseasonable flood that covered the rice for days. Many of the farmers had taken on debt to finance their planting, and they were left with less than nothing.

Guy’s one-acre rice field was in an area that wasn’t affected by the flood, but his crop would be lost, too, if he couldn’t raise 25 dollars to buy diesel for the water pump. I decided to give him some work to do around our yard so I could pay him the money he needed.

A couple weeks later, we drove our mopeds out to his rice field on a narrow country road and were thankful to see his field green and healthy. He thanked me for giving him the money, to which I responded, “I didn’t give it; you earned it!”

Guy has been attracted to our family like a magnet recently. He comes to our house often, sometimes to talk and sometimes looking for work. He has joined us for family worships, and I have shared some Bible stories with Him that highlight God’s love and faithfulness. We have also been able to help one of his little boys who gets sick and vomits regularly.

It is so much fun to plant seeds for the kingdom. In Corinthians, Paul said that he had planted some seeds, and Apollos had watered them, but God gave the increase. Please pray that the seeds we are planting in Guy’s heart will germinate just at the right time, and that he and his family will come to know Jesus.