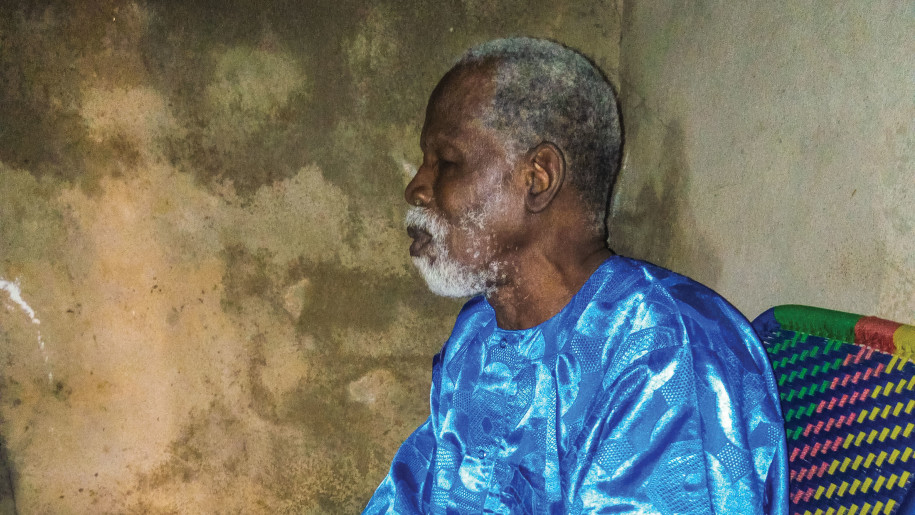 In Mali, people’s beliefs surrounding death and funeral rites are a central part of their worldview. As ministers of the gospel, we need a clear understanding of our message and people’s beliefs so we can communicate and make the story of salvation relevant and alive to them. So we are working hard to develop connections with people through teaching practical skills like tie-dying and soap making, through teaching and preaching from the Word, through attending funerals, weddings, and naming ceremonies, and the list goes on.
Recently, I was privileged to witness the funeral rites for Papa Traore, a personal friend. Papa Traore died at the age of 90, leaving behind two wives, 17 children and 28 grandchildren and great-grandchildren.

The news of Papa Traore’s death spread like a wildfire. First, all the family members were informed, then the neighbors, authorities and close friends. The community gathered to put him to rest in the traditional manner, with the goal of helping his spirit take its place among the protective ancestors. If the proper burial rites are not performed, it is believed that the spirit of the deceased will return to harm the living relatives. They believe that the seen and the living world is connected to the unseen and the dead, and ancestors have the power to bless or curse their descendants.

Before a funeral can begin, the village headman must give permission to dig the grave. After he gives his permission, he and the family choose someone to wash the deceased person. I got to meet the man they chose to wash the body of Papa Traore, and he explained to me how the washing is done. He said that before he enters the place where he washes the dead, he pronounces a greeting to the dead man, explains to him that he has died and asks permission to wash his body. Then he performs the rite of personal purification that Muslims do before prayer.

For the washing process, he uses two buckets of water, one lukewarm and the other cold. In the lukewarm water he puts fragrant leaves. He starts by washing the head. Then he proceeds to the left-hand side of the body and then the right-hand side. Next he turns the body face-down and washes the back and cleans the nostrils. He then wraps the clean body in a burial shroud.

The family engages an imam or spiritual leader to conduct the religious part of the funeral. After praying for the spirit of the departed, he will preach a sermon narrating what happens after death. He explains that the grave will enlarge to admit angels who will ask the dead man many questions like, “Who is your God?” “Who is your prophet?” “What is your religion?” and so on. Once the spirit of the deceased answers these questions satisfactorily, the angels will take him to heaven. The Imam assures everyone that the man’s good deeds will save him, and he offers an opportunity for people to give money, which will be counted to their credit as good deeds.

Then the family of the dead will ask the community if he has borrowed money from anyone, or if anyone owes him any money. The family will settle his debts and receive what is owed to him.

Next, the young men will dig the grave a little less than six feet deep. Women are not allowed at the graveside even if the deceased is their husband or relative. As the procession of men carry the body to the grave, they sing Islamic songs. Then they place the body into the grave and build a covering of sticks and leaves over it so that dirt cannot touch it. After the grave is filled, everyone returns to the house of the bereaved, washing their hands and feet before they enter. This is an important step because they believe that if they don’t wash their hands and feet, the spirit of the dead will follow them and cause another death.

Praise singers, or griots, will talk about the life of the deceased, saying good things about his achievements socially, spiritually and morally. Nothing bad is said about the dead.

Food will be prepared for visitors until the seventh day when the family sacrifices a sheep for the departed to give him favor with God. The wives of the dead will mourn for three months or six months. Then they can marry their husband’s younger brother or another man of their choice. After that, the properties of the dead can be given to his wives and children according to their position in the family.
Please pray for us as we bring the freeing gospel to the Malinke people. May they learn that good deeds will not save them, only belief in the Lord Jesus, the Savior of the world.