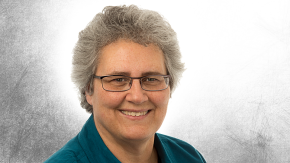 Susan Payne is the Development Director for AFM.
.(JavaScript must be enabled to view this email address)

Time is short. Who knows how much longer God will keep the doors open?

“Please take me to safety. Take me home.”

The John Lello Memorial Facility will serve as a standing reminder to every wave of missionaries passing through the AFM Center of the depth of the sacrifice that missionaries may be called to make.

I introduce you to the next person to become AFM’s development representative for the West Coast.

Letter From A Donor

Recently, we received a letter from an AFM missionary on our pledge list.