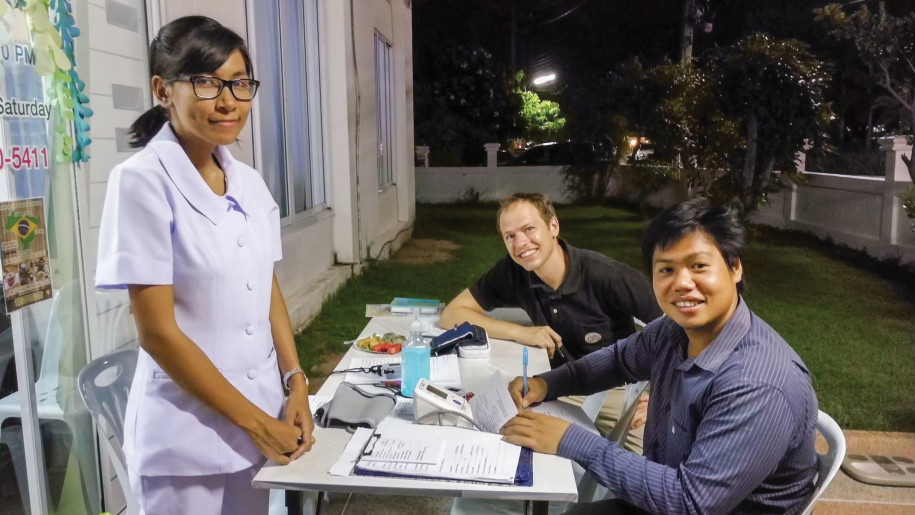 Allow me to introduce the newest member of our team! Cherry is a nurse with a love for people and a passion to serve the Lord with all of her heart. When she was a young girl growing up in a village in Northeast Thailand, she, her friend and her sister would go around singing to villagers and doing what they could to serve the Lord. From those early years, a seed was planted in her heart to enter fully into God’s service. As she grew up and eventually went to college, her fire for the Lord began to grow dim, and she found herself caught up with just living life and having fun. She had a great job, lots of friends and a bright future. But she didn’t know that her life was about to change drastically.

One night, while she was asleep in the back seat of her car, and her boyfriend was driving them from Bangkok to Phuket where she was working, they got into an accident that nearly took both of their lives. Cherry’s back was broken, and doctors told her that she would never walk again. But Cherry refused to believe her doctors, trusting instead that the Lord would heal her. After a year in a hospital bed, Cherry began to walk again! As her body began to regain strength and life got back to normal, she met a missionary in Bangkok named Josh who was actively engaged in ministering to children in slum areas. Cherry and her sister began volunteering with this ministry. She found much joy and satisfaction in ministering to the less fortunate, and the desire she had felt when she was a young girl to give her life to full-time ministry returned.

Cherry eventually married her boyfriend Bon, and they settled down in a village near his family in the Northeastern province of Buri Ram. A year later, they celebrated the birth of their daughter Esther. Busily engaged in raising a child and balancing an online business and a full-time job, they felt blessed, but their longing to be involved in full-time ministry would not go away. Sensing that the Lord was preparing them for some kind of change, Cherry asked Bon to quit his job so that they could have more freedom to do the Lord’s work. She contacted Josh, who had moved up north to Chiangmai and was running a home-school program for Thai youth, and asked if they needed any help. However, at the time there wasn’t a good opportunity for her to work with Josh.

This past April, Karina Brinckhaus, the nurse who had been working with us in Khon Kaen, returned to the States after a year and a half of faithful service. A burgeoning health ministry had begun to take shape, and I was unsure of how it would continue to grow without a committed and qualified person to take the lead. One day, after thinking and praying about the matter, I decided to ask some fellow Thailand missionaries if any of them happened to know of any mission-minded people with medical experience who might be interested in leading our health ministry. I said that my preference would be a Thai-speaking nurse. Though I didn’t have high hopes of getting any leads, I knew it was at least worth the inquiry.

The next day, I received a phone call from Josh telling me that his friend Cherry, a Thai-speaking nurse, had recently told him about her desire to be involved in full-time ministry. He mentioned that, due to some lingering effects of the car accident, Cherry was not able to work a traditional nursing job, but that she was definitely still able to work. Based on what Josh shared with me, it seemed as though Cherry would be a perfect fit for our project.

A couple days later, I called Cherry and talked with her about our project. We had a good conversation, and I asked if she would be interested in working with us. I encouraged her to take some time to pray about it. A few days later, Cherry called me and said that she and her family would like to come and visit Khon Kaen. We agreed on a date, and less than a week later they came up to visit.
For the past four months, Cherry and her family have been living in Khon Kaen and working with us diligently in full-time health ministry! Cherry has been making in-home visits, doing health consultations, leading out in community health expos, developing resources and thinking of ways to develop the ministry in the future. On a special health-emphasis Sabbath a couple months ago, she brought many of her friends and contacts to church. We have been very pleased with the work she is doing and are delighted at how God led her to us at just the right time. Cherry and her family will be with us for at least the next year. Please pray that God would continue to guide and bless them as they seek to minister to the hurting and wounded people of this city. 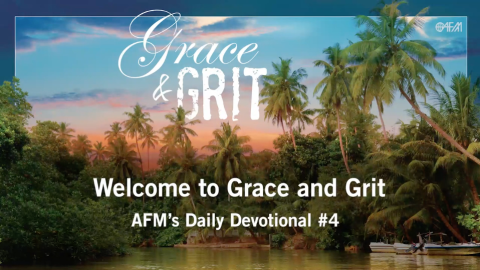 Lifting You Up In Prayer

In this time of crisis, may we pray for you?

AFM is maintaining an attitude of constant vigilance so that we do all we can to reduce our risk of personally contracting COVID-19 and of becoming vectors for the spread of the virus within vulnerable communities.

Being the Change, and Being Changed

Is God tugging on your heart to give Him a year overseas among the least served people on earth? He is inviting you to change people’s lives and to be changed in ways you can’t imagine.